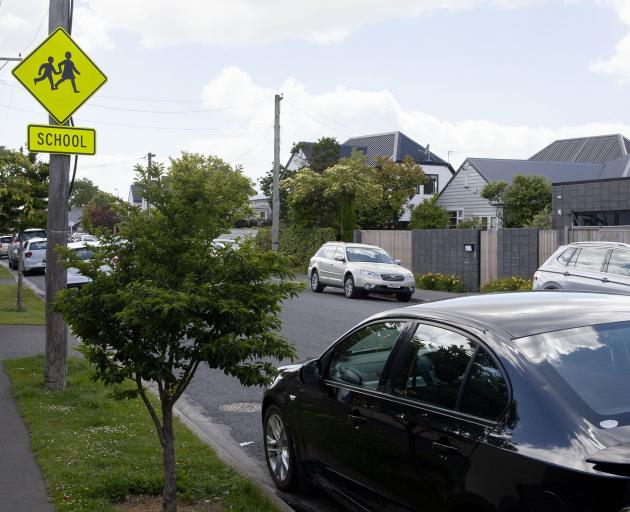 Andover St. Photo: Geoff Sloan
Two Merivale residents say their street is dangerous because it has become a drop-off zone for schools in the area.

Claire Baker and Michael Win presented their concerns to the Papanui-Innes Community Board regarding traffic and parking issues on Andover St.

They say low visibility and finding a park on the street due to double-parked vehicles, cars over driveways, driver behaviour and traffic congestion is a problem.

They say the problem is caused by parents stopping to drop off children and students from schools in the area, such as Rangi Ruru Girls’ School on Hewitts Rd, and Selwyn House School and St Margaret’ College on Winchester St, using it for parking.

The community board has asked the city council to investigate.

“If I hit anyone or anything it would be my fault because I am reversing. I have to be in the middle of the road to see if anything is coming.”

The issues generally rose during the hours between 8am and 4pm. Restrictions on Andover St only allowed parking for two hours at a time.

Baker would often have to park on the street rather than her driveway to make it easier to leave home.

But this often resulted in parking tickets, particularly when she had no other place to put her car.

“I have got dozens of parking tickets outside my house because of the two-hour parking restriction. The other side of the road where there is no restriction is full by 7.30am to 5.30pm with school girl cars,” she said.

Win has lived on Andover St for more than 28 years and said during this time, traffic has increased dramatically, which has contributed to his concerns.