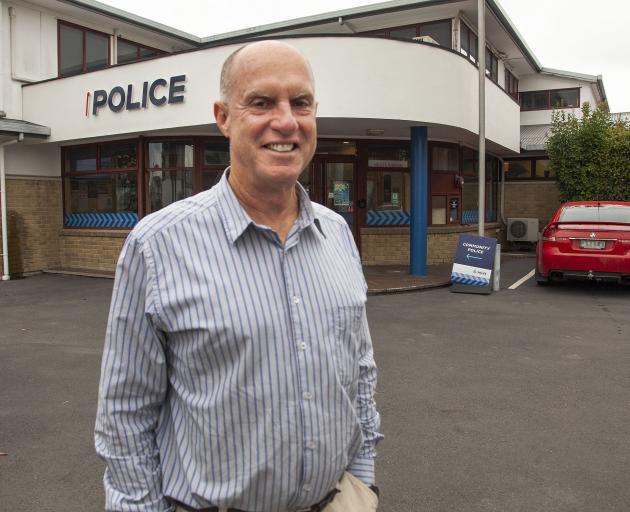 The former police officer of 23 years became manager of Canterbury Neighbourhood Support at the end of 2019, when the world was first coming to grips with the pandemic.

Having responded to some of the city’s most significant disasters – two earthquakes, the Port Hills fires, and the mosque attacks – he brought a wealth of experience to the table.

The tumultuous events of last year were far from what he expected but he was looking forward to some normality.

Said McGusty: “Last year was a bit of a muddle, I’m hoping this year isn’t going be as such so I can re-focus on getting back to the basics, to get out there, meet new people, and get back to normality as much as possible.”

Being a part of the non-profit trust ensures residents are looking out for their neighbours, who work together to report suspicious behaviour, and therefore reducing crime.

If residents are familiar with their neighbours, resources can be spread more quickly during times of great need.

“I do believe communities that are connected and work together are stronger and more able to deal with what comes along, whether it’s an earthquake or a flood,” said McGusty.

It was rewarding to witness others working hard to improve their neighbourhood, he said.

He recalled a moment when residents saved a person’s life, thanks to the quick actions of fellow neighbours.

“The people who noticed that their neighbour’s blinds were not open one morning found the occupant collapsed inside and called emergency services. The occupant had suffered a brain aneurysm.

“The occupant is alive and well thanks to the actions of her neighbours.”

Just before Christmas, he heard a story of an individual who wanted nothing to do with the neighbourhood support group on his street.

But after an incident involving police, it was now a different story.

“One day when he was out, neighbours noticed someone in his home. They called the police and a burglar was apprehended.

“He now belongs to the street group,” he said. 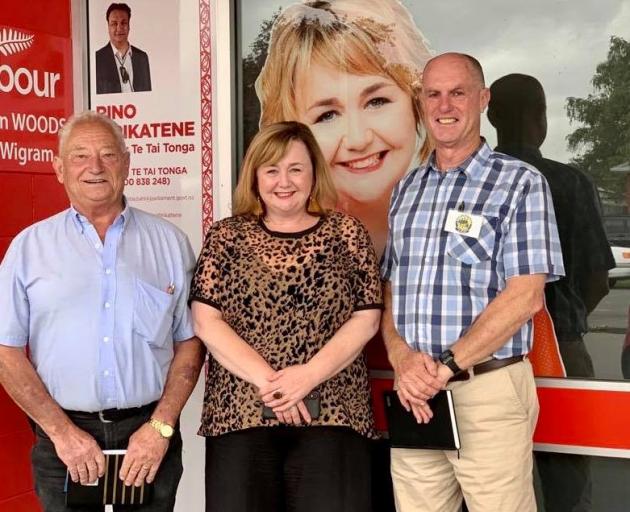 Murray McGusty, with Halswell-Hornby-Riccarton Community Board chairman Mike Mora (left) and Wigram MP Megan Woods meeting to discuss crime prevention in the area last year. Photo: Supplied
Working with neighbourhood support as a former police officer worked to his advantage, having his foot in both doors regarding contacts, and knowledge from past experiences.

McGusty’s police journey began two decades ago when he became an officer in Christchurch, where he remained throughout his tenure, which included front line duties and enquiries.

In his last five years with the police, he worked extensively with the Phillipstown Neighbourhood Policing team on crime prevention before he became the CNS manager in 2019.

It was something he always wanted to do, he said, making communities safer through the police and various groups.

Although not born in Christchurch, he has lived here for a “long time,” working in the city for all of his policing career.

Over time some of the messaging had mostly remained the same – cars and houses were still getting broken into as they were not secure and valuables were in clear view through windows.

But a major difference today was the dangers of the internet, which proved to be a challenge.

“Fraud, scams – that’s really taken off as it’s all electronic now, and they are getting clever,” said McGusty.

The manager’s first year at CNS has been rocky, to say the least. Like “all non-profits,” they were facing financial challenges caused by Covid-19.

But communities they support, especially some elderly people, were still isolated and struggling.

When McGusty was not tramping or dabbling in a bit of horticulture, he was thinking ahead.

His next steps included organising a crime prevention study, which examined different communities and whether they had neighbourhood support groups or not, and if this affected crime rates.

“There isn’t much crime going on in an area with really strong neighbourhood support, but there will be other areas with no support groups, so I just wanted to do a comparison.”