Govt yet to set up national security agency

Al-Noor Mosque. Photo: File image / Getty
A new national intelligence and security agency has not yet been established, despite it being a key recommendation from the Christchurch mosque attacks inquiry.

The new national intelligence and security agency - to be known as NISA - was integral to six of the first 10 recommendations of the Royal Commission of Inquiry into the terrorist attacks, released 18 months ago.

But three years on from the March 15 atrocity, the government says "it is too early" to set the agency up.

Faith communities say that's a breach of the Royal Commission of Inquiry's recommendations.

Aliya Danzeisen. Photo: NZ Interfaith Group
At the same time, departments are carrying on and making national security changes - minus the oversight and guidance the super agency was meant to provide.

"They have just gone and set up a framework, and then they're going to use the people that they chose to select who goes into the committee, but they're not even setting up NISA," she said.

"Let the Cabinet stand up and explain to the whole public why they don't want independent oversight of their security agencies."

The Federation of Islamic Associations (FIANZ) said: "The prime minister accepted all the recommendations in principle and now we find some being deliberately delayed and some being possibly ignored."

'That's what we lack'

When asked about establishing, legally mandating and funding NISA - as outlined in the second recommendation - the minister in charge of leading the response to the inquiry's recommendations, Andrew Little, said: "It is too early for that".

Instead, he said, a review was underway as "a first step" towards reforming the national security sector.

Eighteen months ago Little told RNZ: "So, an agency that is doing the strategic stuff, a national security and intelligence advisor, that is the apex of the system and is the focal point of responsibility and accountability. That's what we lack at the moment. That's what we need." 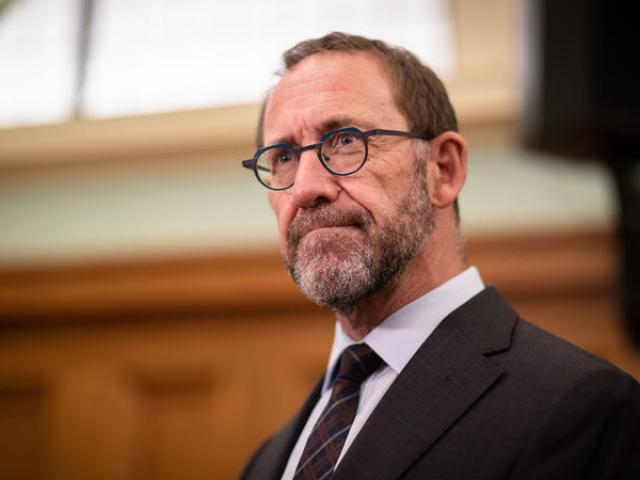 Andrew Little. Photo: RNZ
Muslim and Jewish leaders agree, and want NISA at the helm now, to provide oversight and coordination, and as the missing link for better civil society input and accountability.

"Is it going to ever happen?" Jewish Council president Stephen Goodman asked, after months of seeking answers from government.

"It hasn't happened. And there doesn't appear to be any budget for it to happen."

Instead, that is being done by the co-directors of a new national security research centre.

Little said the co-directors would "ensure sufficient independence from government in the advice it provides".

But the faith communities say the opposite, and that they've had no input into appointing the co-directors, who will be announced this Friday.

NISA, along with the advisory group it appointed, was meant to decide what threats were researched.

Instead, the new co-directors will do that too.

The Royal Commission found the security system had "no way to monitor performance" or to hold "public sector agencies to account".

Central to the current overhaul is the Department of Prime Minister and Cabinet (DPMC), which Little said is leading the overall national security review.

The DPMC expanded its staff by 17 percent - bringing it to near 300 people - last year to carry out Royal Commission recommendation work and tripled its spend on contractors to $7 million.

The DPMC's role worried both Jewish and Muslim leaders.

"They were heavily criticised in the Royal Commission and have got a lot of changes to make them themselves," Goodman said.

"The bureaucrats still have a large amount of power, and at times are very defensive over pre-March 15th.

"I would be a lot more confident in having an independent body of experts rather than a related party to a lot of the criticism, with no degree of independence, which is where DPMC sits."

Various parts of the DPMC were the threat barometers in the years before the attacks.The Security and Intelligence Board was meant to scan and identify all counter-terrorism efforts and risks but the Royal Commission found "it has not carried it out".

Little said the Security and Intelligence Board was "progressing work on improving its governance and accountability".

Abdur Razzaq Khan, of the Federation of Islamic Associations, presenting its report into the Christchurch terror attacks. Photo: Mark Mitchell
Abdur Razzaq of FIANZ warned in a report released February that the existing security agencies may not take kindly to NISA's oversight.

DPMC was meant to have been made secondary but was leading, he told RNZ.

"Functions are being carved up and the NISA may end up being a white elephant...[it] may not have the coordination and policy setting role [or] setting the national priorities.

"Now we have to ask, is New Zealand any more safer than [before] March 15, given the key structural changes have been ignored?"

The Jewish Council has sought meetings with DPMC in coming days.

Muslim leaders will meet in mid-June over the concerns.

Last month's Budget set aside $5.4m for "responding as a system" to the Royal Commission, and $35m to the GCSB and SIS for counter-terrorism services.

Little said the priority was to set up the advisory group on counter-terrorism. The Intelligence and Security Act was also being reviewed. Policy proposals from DPMC's work would go to Cabinet this month.