Linwood College. Photo: File
A Christchurch high school is not embarrassed to have Mike Hosking as one of its alumni.

The comment comes after former Christchurch mayor Garry Moore said Linwood College should be embarrassed to have the broadcaster as one of its graduates. 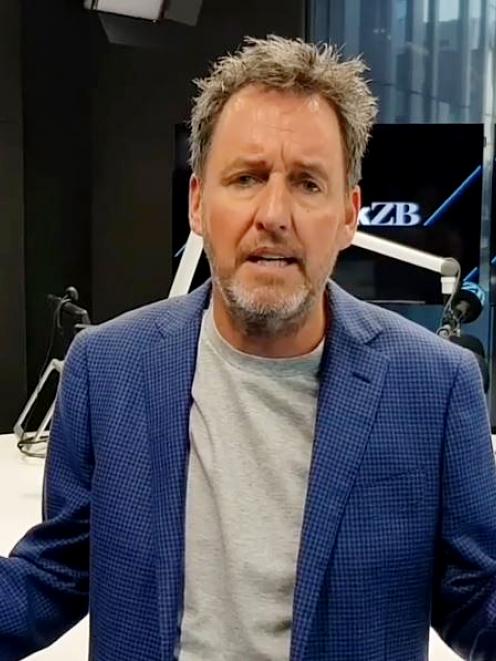 Mike Hosking. Photo: mikehoskingbreakfast/Instagram
In Moore’s newsletter for his weekly Tuesday Club - a forum to discuss local issues - he criticised the media for the way it has “twisted and turned” over whether New Zealand should reopen its borders. He singled out Hosking in particular.

"They [the media] were screaming out for weeks that borders should be opened up," Moore wrote.

"Then when two women highlighted how vulnerable we are if we are complacent the media then screamed out in the opposite direction.

"The worst of them has to be Mike Hosking. Linwood College should be embarrassed that he was one of their graduates."

While Hosking has been criticised for his general coverage of the pandemic and the Government’s response to it, he has been relatively consistent on whether or not the country should reopen its border after moving to alert level 1.

Even after two women were let out of quarantine on compassionate leave and later tested positive for the virus last month, Hosking wrote a column expressing the fault rested with authorities not properly screening new arrivals, not with the concept of reopening the border.

Then yesterday, another column from Hosking emphasised the need for a plan to reopen the border.

Linwood College principal Richard Edmundson said the school was not embarrassed to call Hosking a graduate.

"While we know that Mike is a polarising figure, we know of people that really value listening to him and we know a lot that don’t support what he says," Edmundson said.

"I am just really pleased that we live in New Zealand where we have a strong democracy and media, which means strongly opinionated people have their say, overall we see that as a strength."

Hosking was unable to respond to questions from Star News before deadline.