Christchurch Mayor Lianne Dalziel has called for rates payments to be deferred to ease the financial strain some of the city's residents might be feeling during the Covid-19 lockdown.

This comes before the city council's emergency committee meeting on Thursday, where it will discuss a number of matters relating to the outbreak and subsequent lockdown, including mitigating the impact on ratepayers.

Ms Dalziel said she would like to be able to defer payments to aid those faced with financial hardship.

"People who have got rates bills due, we need to have an immediate solution to that," she told NewstalkZB's Chris Lynch.

"It won't be the long term solution that people will want but it will give people some confidence that we are not going to be applying penalties and not putting pressure on people to pay their rates at this time." 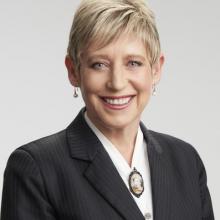 Lianne Dalziel. Photo: Supplied
The city council is proposing an average rates increase of 4.65 per cent across all ratepayers in this year’s draft Annual Plan, which is currently out for public consultation until April 5 and will be finalised before July 1.

This meeting comes shortly after six city councillors called for a stop to rates increases in response to the outbreak.

City councillors James Gough, Sam MacDonald, Catherine Chu, Phil Mauger, Aaron Keown and James Daniels sent a letter to Ms Dalziel, asking her to lead a conversation as to how a zero per cent rates increase could be achieved this year.

Said Cr MacDonald: “In the current environment it’s clear business as usual is not appropriate and the council needs to look at how we enable this 12-month rates increase freeze to occur, it’s crucial for the economic confidence of our city.”

Ms Dalziel said the last thing the city council needs is for someone to hit the panic button.

“Calm heads must and will prevail,” she said.

“Our residents and businesses will be depending on us to make adjustments, and we will. However, we will need advice on the impacts on all aspects of the council’s budget, which is not entirely funded by rates, and the consequences that will flow from decisions we make.

“The Annual Plan is not signed off for three months so we have time to get this advice. At the same time, the council is meeting with our economic development agency, ChristchurchNZ, the Canterbury Employers’ Chamber of Commerce and other key players so we are best prepared for the economic challenges that lie ahead.”

“We’re considering a series of options in light of the extraordinary circumstances related to Covid-19. We will discuss these options with elected members as we develop the Annual Plan,” she said.