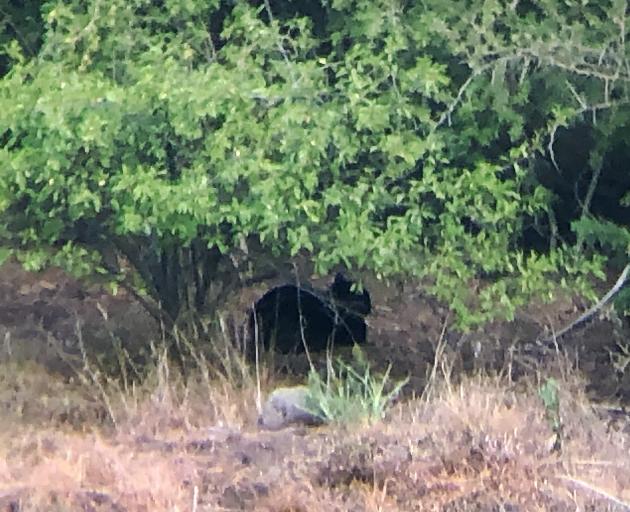 This big, black cat-like creature was snapped just metres from a property on Horotane Valley Rd, Heathcote Valley. Photo: Tom Lewis
A mysterious big black cat reportedly spotted at the Halswell Quarry last month may now be on the prowl in Heathcote Valley.

Letter writers to The Star say they have seen a big cat in several Canterbury locations including the Halswell Quarry.

A Christchurch man even called talk back radio, claiming he had also seen the cat at the quarry.

Halswell-Hornby-Riccarton Community Board member Mike Mora heard the call and discussed the sighting at a board meeting.

Now Tom Lewis, his uncle Andrew Lewis and Tom’s son, Theo, are the latest to claim they saw the creature.

Tom said it was spotted among the trees and long grass at the back of their house on Horotane Valley Rd.

Said Tom: “My son Theo first saw it [on October 15]. [He said] ‘dad look at that huge black cat in the back paddock’. 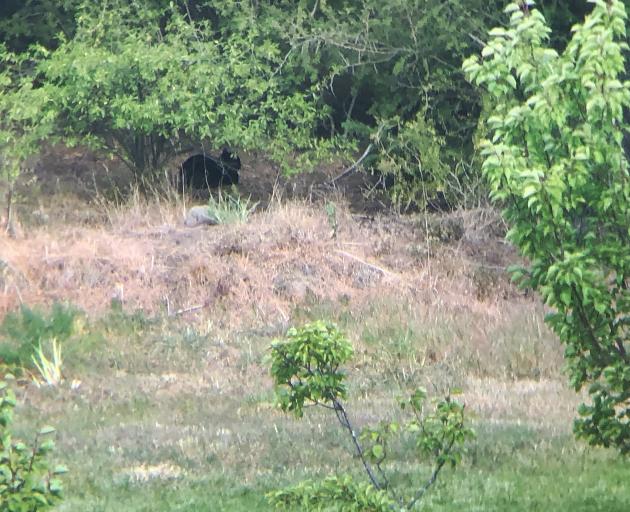 This big, black cat-like creature. Photo: Tom Lewis
“Then I took a look from 85m away and it was huge.

“[I] first saw it sitting up. Looked maybe 800mm tall. Then it moved to behind the tree where it sat down,” Tom said.

He took photos of the animal through binoculars.

He told Andrew and his other family members at home to take a look.

At dusk, Tom took his deer tracking dog Moose out to find the big cat.

They were successful and he says they got within 10m of the cat before it ran off.

“It was larger than Moose who is a hungarian vizsla,” said Tom.

There has been a re-emergence of reported sightings of big black cats in recent months. Over the years, the mysterious animal has also been spotted in Otago, Southland and Marlborough.