'Pathetic' police response to rocks being smashed through people's windows 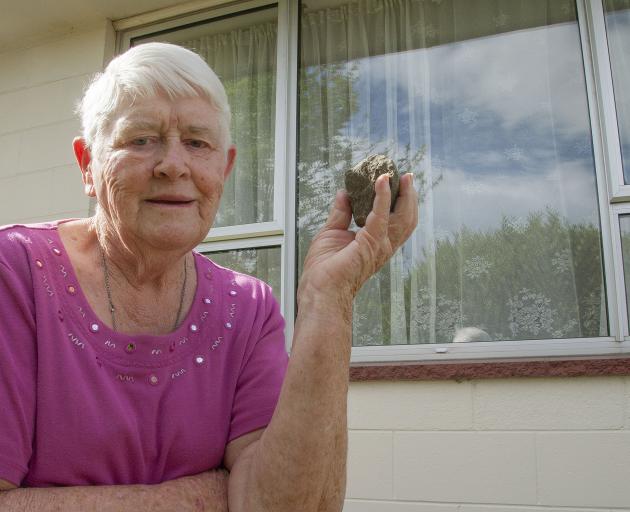 Pat Youthed had rocks thrown through her window on two separate occasions. Her daughter-in-law called the police response "pathetic." Photo: Geoff Sloan
A Christchurch woman believes the new police 105 reporting line has led to a loss of a sense of security within the community.

Tina Bailey waited on hold for more than 30min after her elderly mother-in-law, Pat Youthed, had rocks thrown through her window.

Now she says she will be “much more selective”, depending on the situation, as to whether she calls 105 again.

Mrs Bailey called the number as Mrs Youthed’s life wasn’t in immediate danger, but said the response she received was “pathetic.”

“The initial call taker transferred me through to another number (I still don’t know who) and I sat on the line for 30min waiting for someone to answer.

“This was a good 30min delay if the first person had done that, they could have caught them and prevented further damage,” Mrs Bailey said.

Rocks being smashed through windows has been an ongoing problem in the suburbs of Bishopdale, Casebrook and Northcote, with 12 similar reports being made recently.

At least two elderly people who live alone - including a 94-year-old - have been victims. 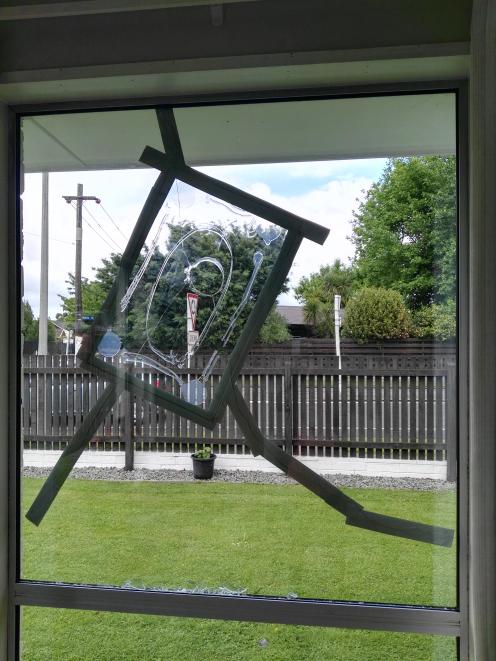 A rock was thrown through a window at a Highsted Rd property recently. Photo: Supplied
Last month Senior Sergeant Roy Appley revealed police were conducting a covert operation to catch the rock-wielding offenders, but no arrests have been yet.

Mrs Bailey completed an online ‘Expression of Dissatisfaction’ complaint to police about her experience.

A spokeswoman said police have tried to reach Mrs Bailey about the complaint three times.

She said there were no lines of inquiry to identify the offender/s and the matter was filed, pending any new information.

Mrs Bailey said she still hasn’t been able to discuss the complaint after leaving three voice messages with police.

She was initially told she could make a complaint through the Independent Police Complaints Authority, which she thought  “seemed a little extreme.”

She felt her mother-in-law's community had been let down.

“The community doesn’t really have the same involvement (with police) as it used to. 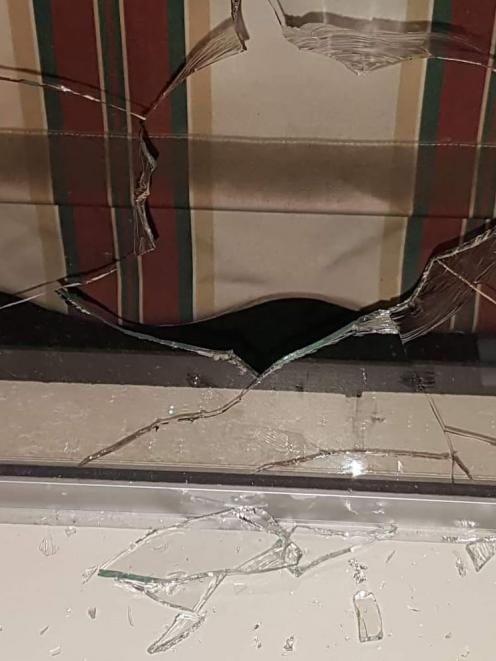 A home in Bishopdale also has a rock thrown through the window. Photo: Supplied
"Things like this can really send them over the edge."

Mrs Youthed, who is terminally ill, said she was “petrified” after the two incidents, which happened within weeks of each other.

She was required to make her first-ever insurance claim, which cost her a $570 excess.