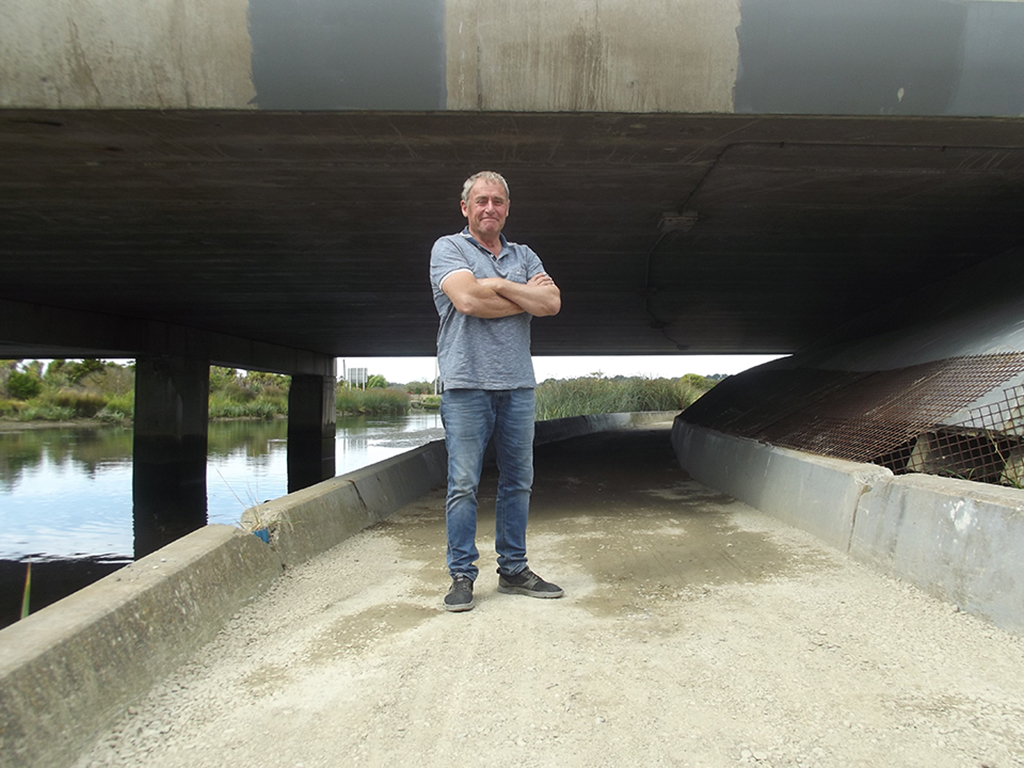 A city council spokesperson said: “The council’s parks unit is investigating a possibility of Cr Mauger’s company completing some maintenance work under Anzac bridge in New Brighton. It may be several weeks before the parties will be able to confirm any details.”

Mauger said this will be his way of doing good after using a digger from his business Maugers Contracting Ltd to cut an unauthorised 70m trench on Pages Rd in Bexley to drain flooding without permission last year.

He is still under investigation from city council staff for doing this.

Mauger filled the other walkway below the Anzac bridge with shingle last year to allow pedestrian access, also without the city council’s permission.

Both walkways have flooded since the February 22, 2011 earthquake.

Mauger said he wants to fix the remaining walkway below the bridge, and will do so for free as a way to do good after the trench-digging controversy.

Said Mauger: “The red zone [city council] team and I are working closely together to come to a satisfactory resolution to the work that we’ve done on the trench.”

Mauger is to meet with a city council staff member at the walkway site to discuss the scope of works he will complete.

He said the plan is for him to “tidy up the approach paths to the [bridge] underpass and fill the underpass with about half a metre of shingle so that it’s passable.”

He estimates this work will take about six weeks to complete.