BP 2go Halswell has brought in new security measures. Photo: Barry Clarke
A Christchurch service station has now made it impossible for thieves to steal fuel.

BP 2go Halswell has brought in new security measures requiring motorists to pay before they fuel up their vehicles to prevent petrol drive-offs while NZ is in lockdown.

Manager Shivam Munjal said it was not something the station wanted to do, but due to the financial impact of Covid-19, it was necessary.

"Due to the crisis going on at the moment, the economy is going to go down and people won't be getting paid. We are at high risk - people may do more drive-offs now."

The new security measures were brought in on Wednesday as NZ went into lockdown to prevent the spread of Covid-19.

Mr Munjal said changes are not intended to be permanent - just until the country goes back to normal.

Before now the security measures were only in place at the station in the evenings. 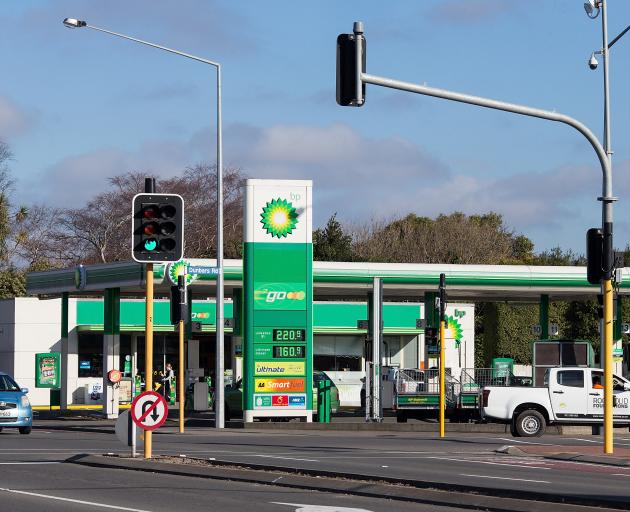 BP 2go Halswell. Photo: Martin Hunter
While the station was unable to disclose specific numbers, in the last month there has been a higher number of petrol drive-offs than usual, Mr Munjal said.

The new security measures apply to all except those with a BP fuel card.

Mr Munjal said the BP fuel cards cannot be pre-paid, therefore the pump will be authorised by the cashier for use once the motorist has shown their card.

Other fuel stations across the city have brought in security changes amid the lockdown period.

"If we see the person doesn't quite look the most savoury, then we won't authorise the pump and they do have to come in and prepay.

"But if they are a regular and we know they are going to come in then we just leave the pump free and they can fuel it up themselves."

Before the lockdown, these measures came into place every day after 3pm at the petrol station on the corner of Selwyn and Milton Sts, but now they are in force 24/7.

Rob Jack, who owns four Mobil stations across the city, including Mobil Creyke Rd in Ilam, considered the same measures as Halswell BP 2go, but has not implemented them yet due to low customer numbers during the lockdown.

He said about 80 per cent of customers are paying at the pump, while the rest are going to the night pay window.

Last year several service stations were highly critical of the police response to petrol drive-offs. But Mr Munjal said police have been following up any incidents and, in some cases, the station has been able to get its money back after the thefts.