By Chris Barclay
0 Comments
A forlorn attempt at building a skateboard ramp on his driveway during Covid-19 lockdown prompted a group of strangers to band together and make Jonty Abbott’s dream come true in a Christchurch backyard. Chris Barclay reports.

Steadfast for her boys since the sudden death of her husband seven years ago, Lucy Abbott’s resilience was tested yet again when Jonty unlatched his dad’s toolbox on the driveway. 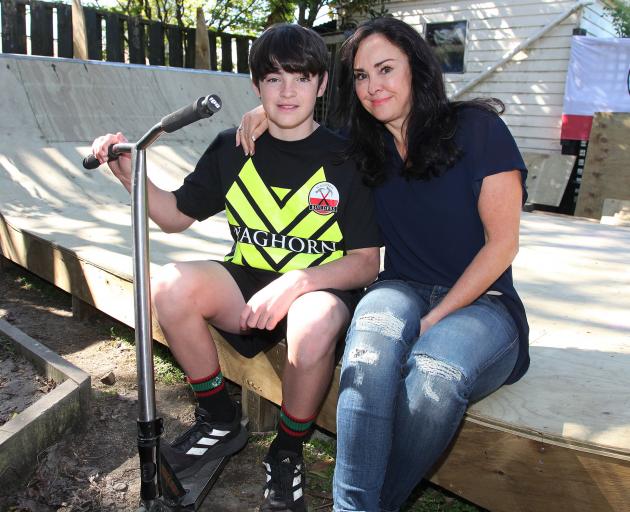 “It was heartbreaking, it was really hard to watch. I told a friend: ‘I feel really sad, Jonty’s out there and I just wish his dad was there to help him right now’,” the mum-of-two recalled.

“I said: ‘It’s been really sad today’. Obviously in lockdown you reflect a lot on your life, you have a lot of time to think.

“I saw the frustration in him because he couldn’t get it done and I felt helpless, I couldn’t ask for help from anyone because it was level 4 and I’m the sort of person that wouldn’t really want to ask for help in that way.” 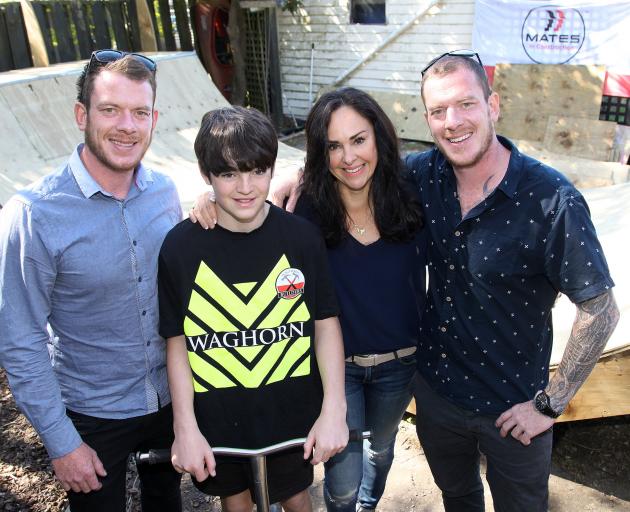 Once Clark posted about Jonty’s disappointment, a group of strangers soon found common ground in a St Albans backyard now missing a trampoline and most of the vege garden.

“I thought it was only going to be a little thing,” Abbott said, extending her arms. “Not seven metres in the backyard.”

The half-pipe took shape in double-quick time once Covid restrictions allowed; it was road-tested by Jonty on a scooter late last month. 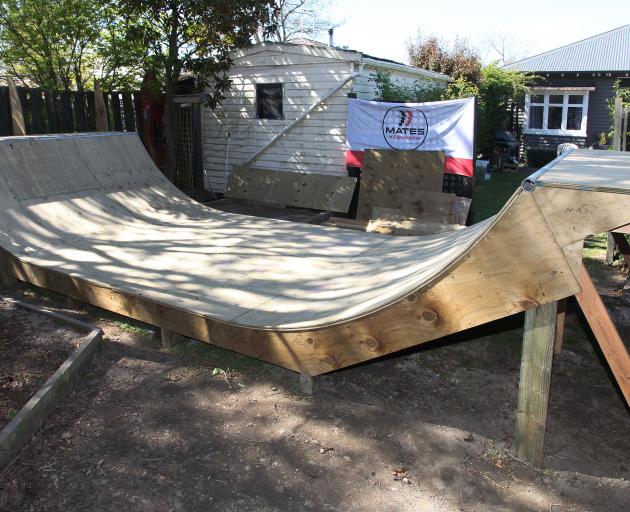 Jonty Abbott's plan to build a mini skateboard ramp on his driveway transformed into a fully-fledged half-pipe in his backyard. Photo: Geoff Sloan
Volunteer builders and blokes of the ‘brotherhood’ marvelled at his every move – Abbott is still shaking her head as well.

“It’s like a bunch of angels just came in, took over, pretty much made dreams come true and really changed Jonty’s life,” she said.

“I’ve just never met so many people in my life that took time away from their own families and their own lives.

“A lot of these people have also had similar losses and they said to me: ‘Lucy, this makes us feel good too’.

“There was one guy who drank beer all day and then went to leave, and no one knows who he was. He helped out a bit, but it wasn’t about that. He was probably a guy who knew something good was happening and wanted to be part of it.”

“I read their page, it’s an amazing community of men who provide understanding and support, experience and friendship . . . from anything in their lives going from mental health or how to do something around the house,” she said.

“It’s a place where people can reach out and I hope more people, more men will reach out to this group.”

Builders and members of the Hey Bro - The Kiwi Brotherhood online group teamed up to build the skateboard ramp. Photo: Supplied
Building supplies company Carters plus skateboard shops Propaganda and Boardertown were among the many “amazing” contributors; Kaiapoi-based builders, twins Luke and Jake Waghorn, co-ordinated the construction project.

“We’d lost a guy who had worked for us for a year or two to suicide this time last year and we lost a guy before that too so it was a touching story for us,” explained Luke, who found the Abbotts through Clark’s plea for help.

“It was pretty humbling finishing it, it was a pretty cool driving home thinking ‘It’s been good to be able to help out the situation’.

“Mental health has always been a priority for us. In construction, it’s a male-dominated industry where the whole idea is to be a tough nut, buckle up, go with the flow, don’t speak up and don’t talk about it.”

Jonty kept to himself when The Star visited, leaving mum to detail the wooden ramp’s effect on her youngest.

“He feels on top of the world, he feels like the coolest kid around,” she said, as Jonty continues to gradually work his way past Dad’s departure.

“People don’t really understand a death like that, it never goes away. It never, ever goes away,” Abbott said.

“The boys haven’t been old enough to understand anything. Now it’s getting into those years of questions, and really needing a father around.”

Jonty was given the honour – and task – of finishing the build by turning in the last screw, and Abbott reckoned it wouldn’t be the last time he completed something fit for purpose.

“He’s quite a lot like his dad, he will probably get on the tools in the future. He’s quite good at fixing things and making things work.” 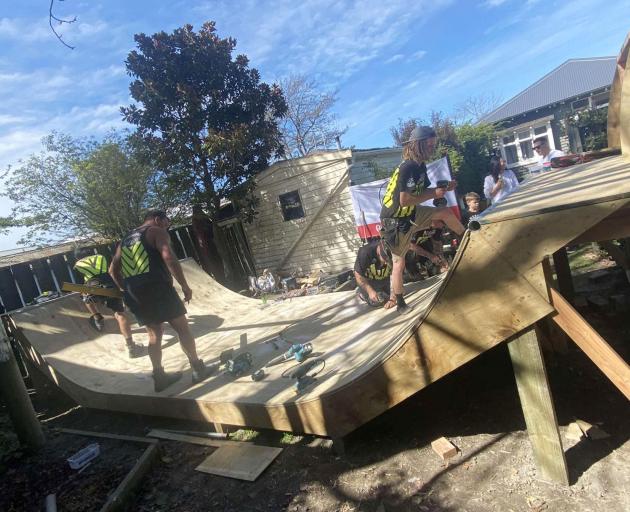 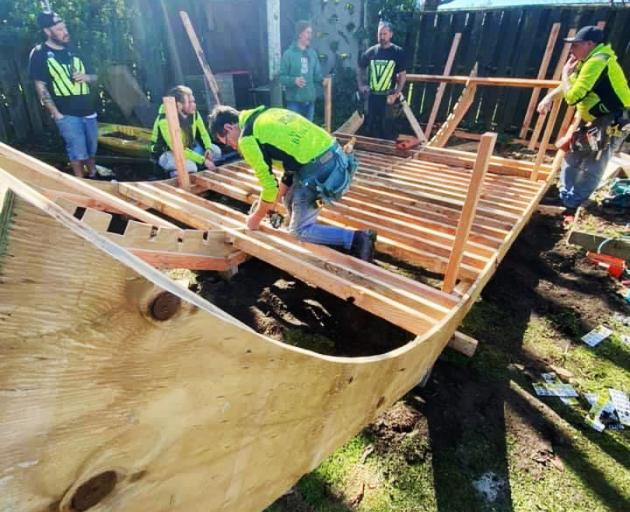