Co-secretary of the Halswell Residents’ Association, David Hawke, was pleased the Halswell-Hornby-Riccarton Community Board approved the new names.

“The names that they’ve approved are a big improvement on the ones that were originally put forward.”

The residents' association is trying to build awareness of the area’s heritage, he said.

“The original names that were put forward, they didn’t respect enough the mana whenua, the people who lived here.” 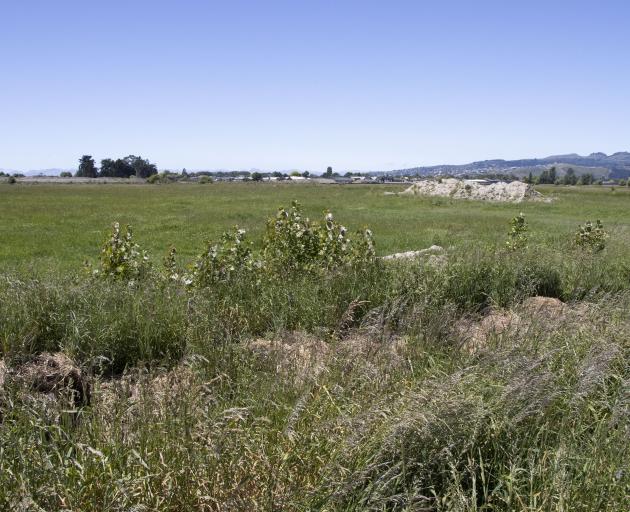 The area of land at 68 Quaifes Rd. Photo: Supplied
The community board also approved the name Cress St in place of Canopy St, while Mataī Springs Drive and Fauna St remain unchanged.

The issue was first raised by Hawke in an meeting of the board, during which he asked members not to approve the initially proposed names.

A decision on the issue was then delayed to allow time for consultation.

The developer subsequently met with board members and representatives of the residents’ association and agreed to reconsider the requested naming options.

Community and stakeholder manager Mark Doyle updated the board of the steps taken to consult with the community during the meeting in which the revised names were approved.

He noted not all naming options discussed with locals were available or suitable.

In both the initial and revised name requests, the names were themed for the flora and fauna of wetlands, as the developers are also creating a wetland in the area.