'They saved our pool': Tears, cheers over Hornby mega-facility

Hornby residents Arthur and Liz Edwards were fighting back tears after city councillors unanimously voted to get the $37.5 million Hornby Library, Service Centre and South West Pool back on track.

The couple, who have lived in Hornby for 52 years, have been fighting for a pool in the area since 2002.

Mrs Edward's has four compressed fractures in her back and was travelling to Rolleston to swim, while Mr Edwards has a heart condition that leaves swimming as his only viable form of exercise.

City councillors voted on Thursday morning to go against the Halswell-Hornby-Riccarton Community Board's recommendation to further delay the mega-facility from being constructed at Kyle Park. 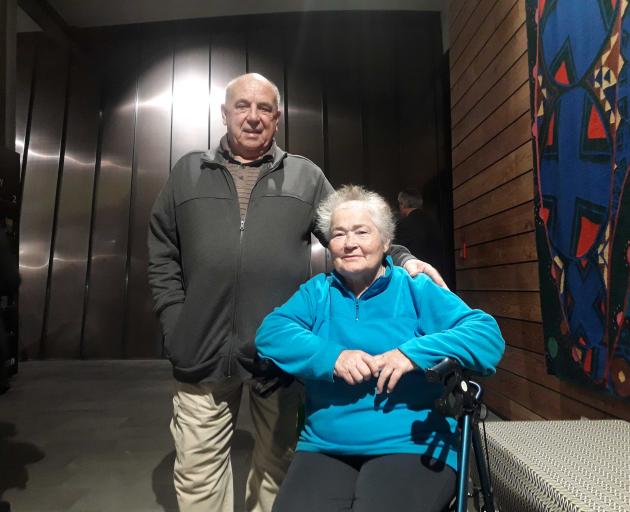 Arthur and Liz Edwards have fought for a pool in Hornby since 2002. Photo: Louis Day
Mayor Lianne Dalziel told the meeting: "It is very rare for me to speak against a recommendation from a community board".

The key concern from the community board was that a report on gas-testing at Kyle Park would not be available until April next year when construction of the facility was proposed to begin. Extensive geotechnical and contamination testing in 2018 has already confirmed Kyle Park can be built on safely.

City council staff began landfill gas testing in April to provide the information needed to mitigate any issues with gas in the design of the facility.

But a contingent of Hornby residents, who arrived in a double-decker bus, persuaded city councillors not to delay the facility any longer.

The vote was meet with applause, cheers and tears from the public gallery.

"They saved our pool," yelled one woman. 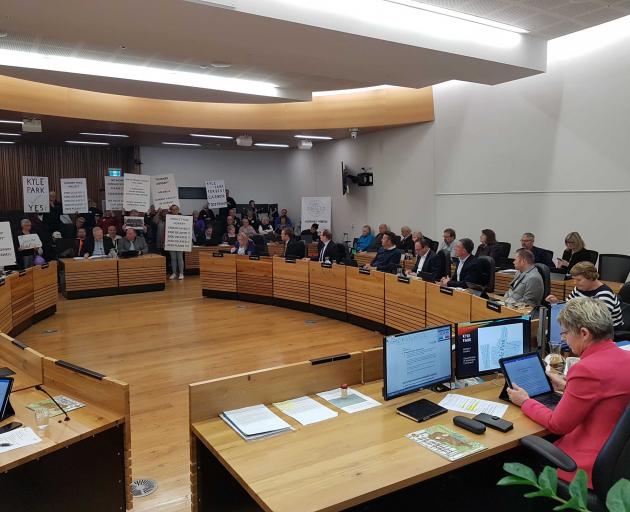 "Please hear the passion of our community, we have had enough of waiting for this facility. We have had a whole generation of Hornby kids who have had no access to a swimming pool to swim in," he said.

"If we could have this by 2022 that would be greatly appreciated. We are more than happy as a community to find funds."

Riccarton city councillor Vicki Buck said it had been a long process for the facility.

"I remember when we first put this up for consideration and talking to a young six-year-old who will now be 12 who wanted to be able to walk to the swimming pool."