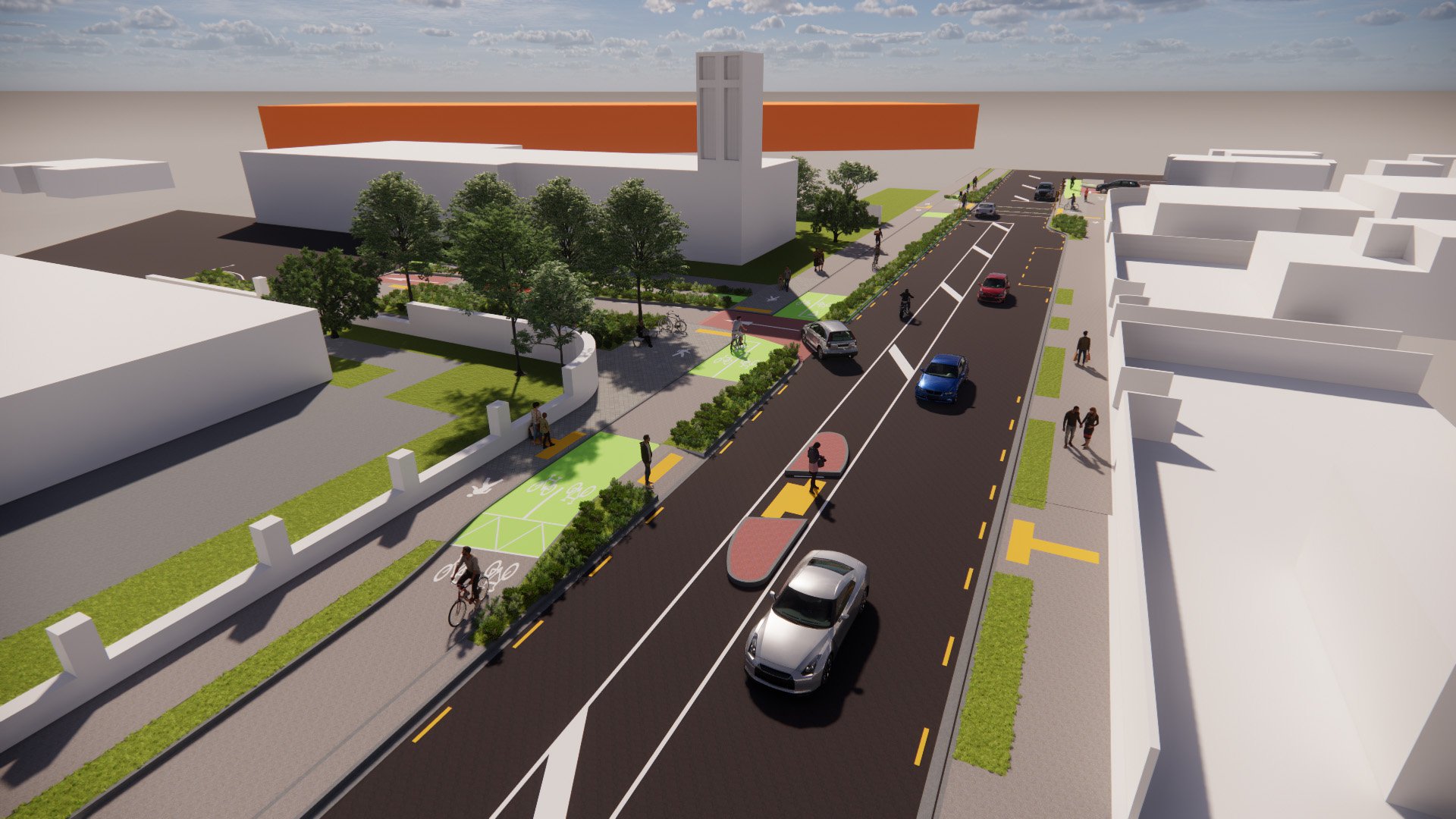 Image: Newsline / CCC
A major new cycleway that will provide a safe route through Papanui, Bishopdale, Harewood and the airport area will also bring benefits for other road users, says Christchurch City Council.

The council has released its design plans for the Wheels to Wings – Papanui ki Waiwhetū cycleway, which will form part of the network of 13 major cycleways across Christchurch.

Included in the cycleway plans are a number of intersection upgrades and roading layout changes that should improve safety for everyone, says council head of transport Richard Osborne.

"On Harewood Rd, for example, we are proposing to reduce the four-lane section of the road to two lanes to make space for the cycleway while retaining on-street parking.

"This will encourage lower speeds and make the road safer for turning drivers and pedestrians to cross.

"We will be installing traffic lights at the Harewood, Gardiners and Breens intersection and partially signalising the Bishopdale roundabout. 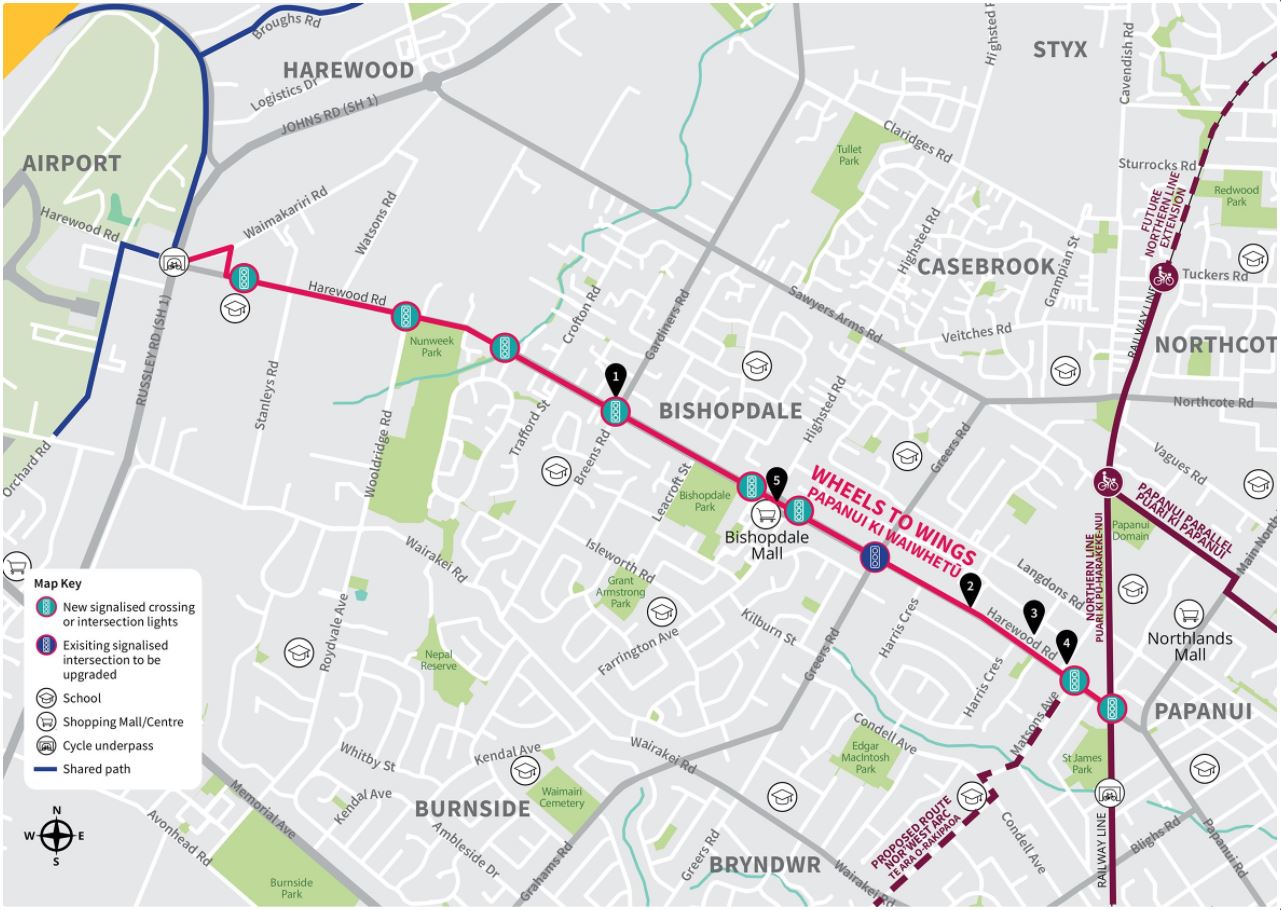 "In those areas where there is high parking demand we are proposing to put in time-restricted parking to help ensure that convenient parking is available for people."

“Our monitoring of cycling numbers across the city show that more people are opting to travel by bike so we are keen to get the Wheels to Wings cycleway route finalised and construction under way so that we extend our cycleway network and link up more parts of the city," Osborne said.

Public feedback is being sought on the plans for the Wheels to Wings – Papanui ki Waiwhetū cycleway. You can provide your feedback on the route here between now and February 22.

The council will consider the submissions and finalise the route later this year, with construction due to start in the middle of the year. 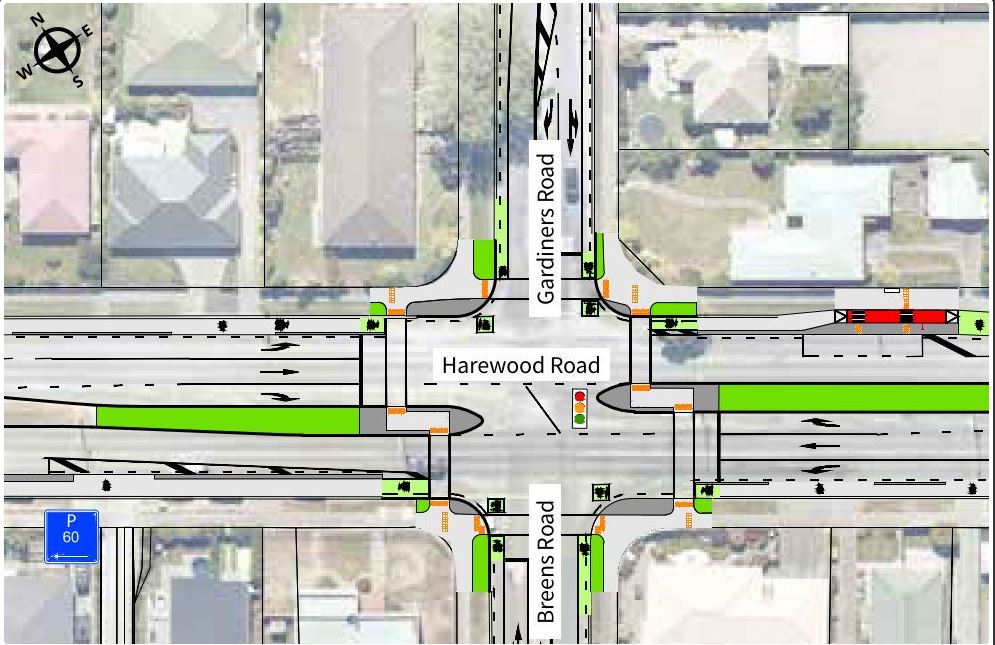 The Harewood, Gardiners, Breens Rds intersection changes. Image: Newsline / CCC
About the Wheels to Wings – Papanui ki Waiwhetū cycleway
It will provide a connection for local cycling trips in the Harewood, Bishopdale, and Papanui to destinations including schools, shops, businesses and recreational facilities.

It will also connect to cycling facilities further afield.

At its western end, the cycleway will connect with the Johns Rd cycle and pedestrian underpass, linking through to the commercial areas surrounding the airport, and to McLeans Island Rd via the Johns Rd shared path. This will be a good connection route for the roughly 7000 people who work in the airport area.

At its eastern end, Wheels to Wings - Papanui ki Waiwhetū connects directly to the Northern Line cycleway and the planned Nor’West Arc cycleway.

Find out more about the city's cycleways here. Public meetings to discuss the plans will take place on:

The Wheels to Wings – Papanui ki Waiwhetū route can be divided into the following six sections: 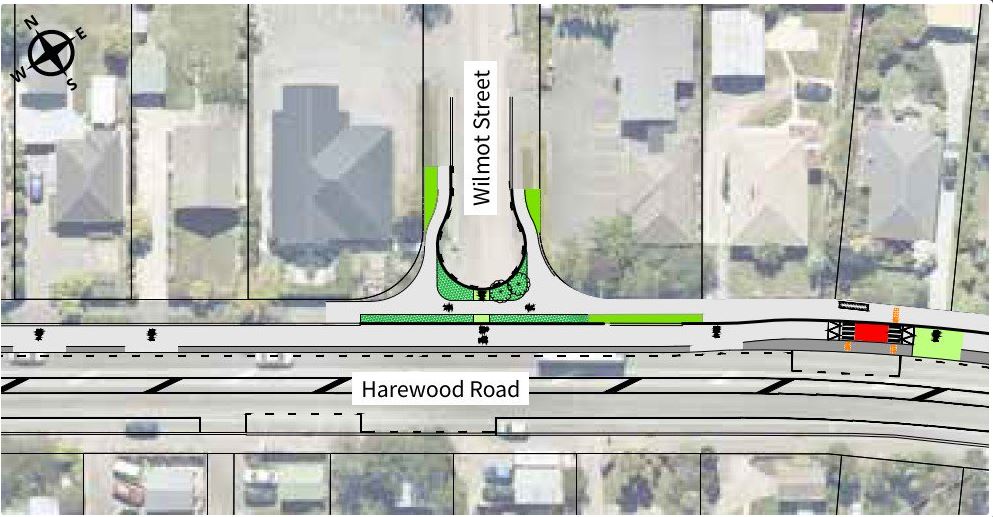 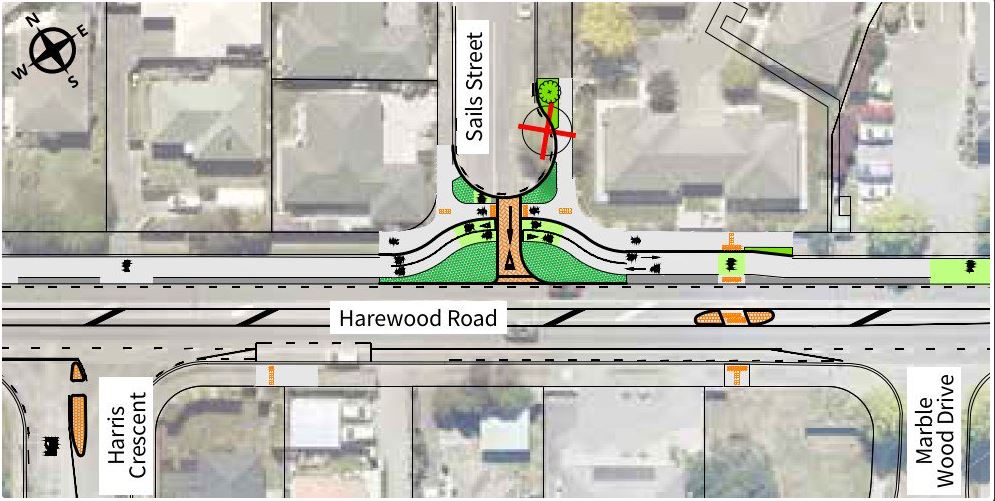 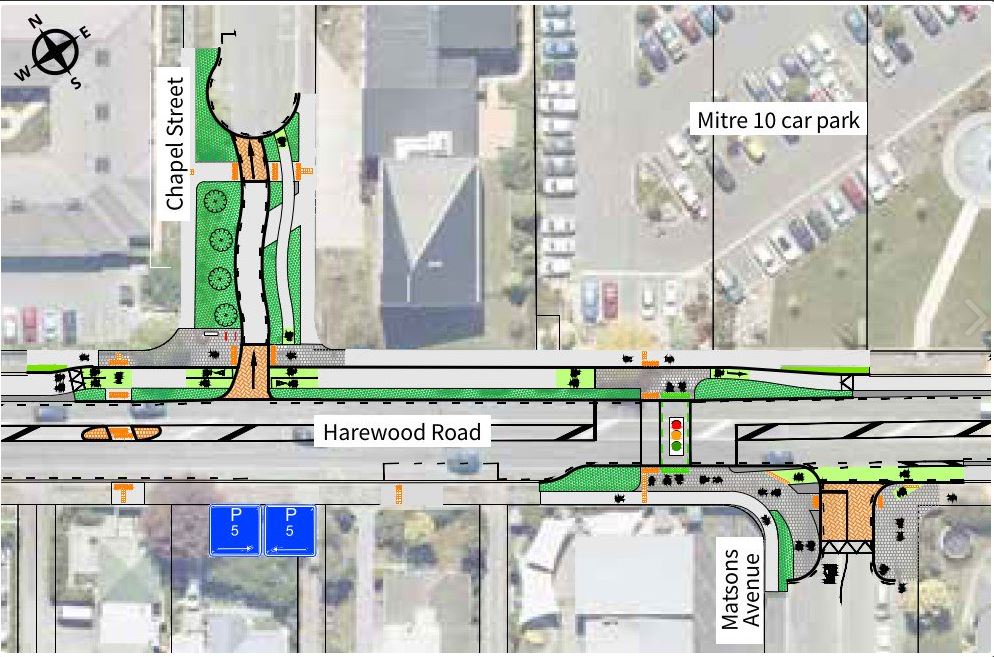 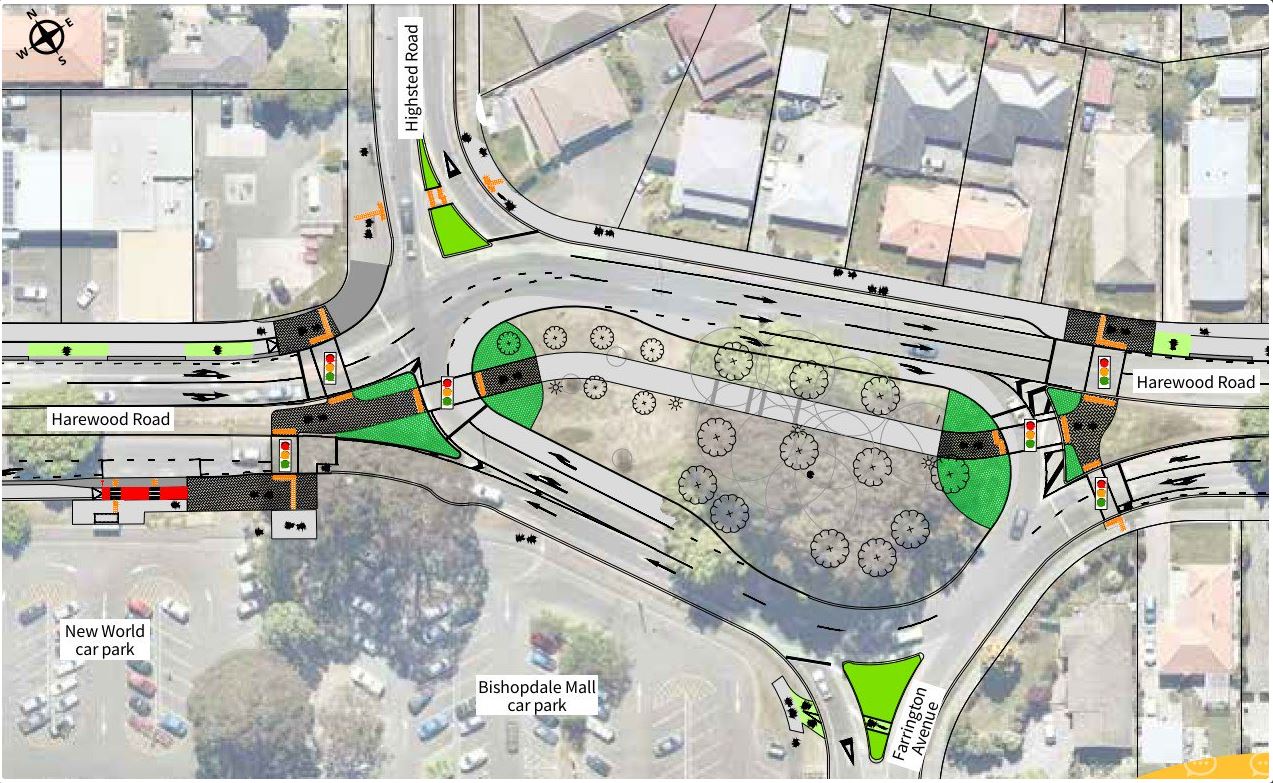