Why Christchurch must proceed with the indoor stadium - Brownlee 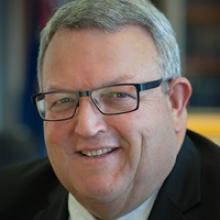 Gerry Brownlee.
OPINION: The great stadium debate is in full swing in Christchurch 10-plus years after it was included in the recovery blueprint in 2012.

At that time a cost-sharing agreement between the government and the Christchurch City Council saw the council insist this would be their project and only progress once insurance claims on all civic assets were settled. It would be built on a site provided by the government post the demolition of some 1800 commercial buildings and purchase of the underlying land to be gifted to the council. They said it would be last on the list.

Fair enough back then as the city had a lot of work to do including the vast and costly underground three waters renewal and replacement. (An asset about to be flogged by the Government, but that's another story.)

So our government built a temporary stadium on good ground with easy access. It's essentially a scaffold construction with portacoms and a construction elevator. The lights came from Carisbrook in Dunedin, which was being demolished as their new covered stadium was being built. Now called Orange Theory Stadium, it's served well but is becoming expensive to maintain. While safe, it was and is very definitely temporary.

An offer was made to the council in early 2017 for the government recovery agency Ōtākaro to take over and complete the project. That was rejected, with the council wanting to keep control of the project.

So now - after many years of promising exciting glossy sketch plans, engineering and specification reviews - it's up for reconsideration again because of massive projected cost increases. Really, who knew costs would be rising while thumbs were twiddling!

Modern cities need to have nice facilities. They bring a dynamic to city living that instills a sense of pride and achievement. Following the recovery blueprint, it has seen the recently opened Te Pae convention centre adjacent to the under-construction Court Theatre, a music centre known as The Piano, the fully restored Isaac Theatre Royal and the innovative and world-class new library. Close by is the home of the Christchurch Symphony Orchestra in the re-built town hall.

These are wonderful cultural pursuit facilities and were planned as part of the precinct concept captured in the blueprint. All are contained in a more compact CBD. Sticking to the concept has seen the beautiful Harley Cricket Oval built on the western edge of the CBD close to the soon-to-open multi-use sports arena with its pools and indoor courts. The stadium should define the eastern edge.

Public submissions are closed. Record numbers of submissions have poured in and, anecdotally, it's a landslide in favour of going ahead.

The council will make a decision on Thursday. But here is a possible complication.

Local body elections are on the horizon and nominations for candidates open about the same time as the stadium decision.

Current Mayor Lianne Dalziel is retiring. Leading candidates to replace her appear to be on different sides of the argument.

Plans for Christchurch's multi-use arena, Te Kaha. Photo: Supplied
Phil Mauger, a well-known and respected sitting councillor, is in favour. Major has said after his initial concerns that it's time to get on with it and go ahead. David Meates, well known and respected former chief of our DHB, who had previously called for a pause on the project, has changed his tune and said that if the cost of the project is final, he would agree to build the stadium.

Meates is endorsed by former mayor Gary Moore. The Labour-aligned "Peoples choice" team of sitting councillors with the vote of Mayor Dalziel would have a majority to delay further work on the stadium proposal making it a local body election issue.

Public debate and opinion are important and elected people must consider those views. But at some point, a decision needs to be made. Eleven years after losing Lancaster Park there has been substantial debate in favour of rebuilding on the new site. This latest round of public submissions should conclude all the talk.

Making it an election issue would be a huge disappointment.

Amazingly, I got all the way through this without mentioning the Crusaders!

That's because it will be a multi-use stadium, with other teams contributing to Canterbury and Christchurch's claim to be the sporting capital of New Zealand.

Next. The rowing course.