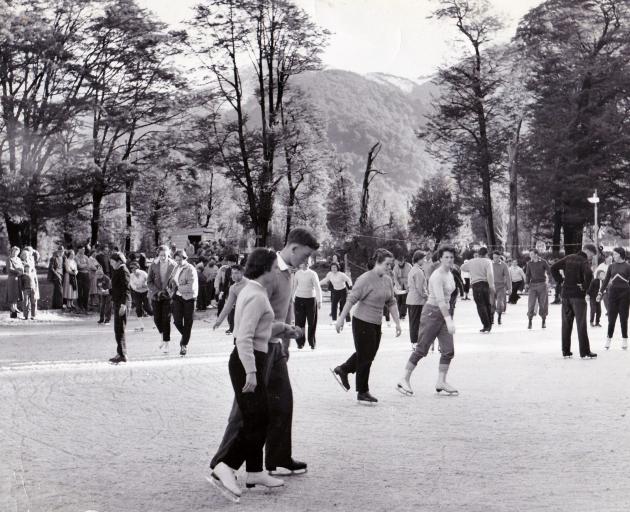 A busy day on the rink more than 50 years ago. Photo: Givealittle
The Staveley Hall Society is looking to raise an ambitious $1.14 million to future proof the Staveley ice rink.

The hall society, which oversees the rink’s operation, wants to add a refrigerated base to the main pond to ensure there’s consistent ice to skate and curl on every year.

The ice rink is one of the few natural ice skating locations left in New Zealand, but increasingly warm winters has meant it has been closed, more often than open in recent years. 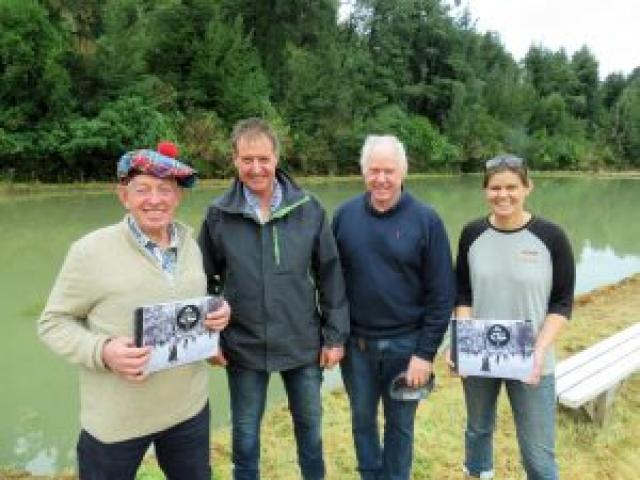 At the Staveley ice rink for the fundraising launch are (from left) project team members Carl Shannon, Rob Withers, Richard Mee and Clare Harden. Photo: Supplied
Staveley Hall Society president Rob Withers told a large gathering last week at the launch of the fundraising campaign that the last good year on the rink was in 2015.

Mr Withers said the aim of refrigeration was to develop and set up infrastructure that was capable of delivering a guaranteed three months opening each season.

It would bring economic benefits to the district and provide a venue for recreation and social engagement.

Mr Withers said it was a large financial project for the hall society and a variety of funding options were being investigated. They included nationwide grants funding, community funding, corporate and private donations and crowdfunding.

The works required for the project will begin with earthmoving to prepare for the installation of piping and refrigeration of the base.

The insulated concrete base is expected to cost a little over $300,000.

The supply and installation of refrigeration for the rink has been costed at $334,000.

An estimated 18km of small diameter tubing will crisis cross the 60m by 30m rink.

The slab would be cooled to -7 deg, refrigeration engineer Brendan Davidson told people at a fundraising launch.

The by-product of the process was heat and that could be harvested to heat water, he said.

The Staveley Hall Society has recently completed the purchase of the ice rink land from landowners Errol and Jocelyn Syme.

Mr Withers said the society was excited and “serious” about the refrigeration project.

Draining of the rink could start as early as September or October, he said.

The Givealittle page can be found by searching Staveley ice rink.