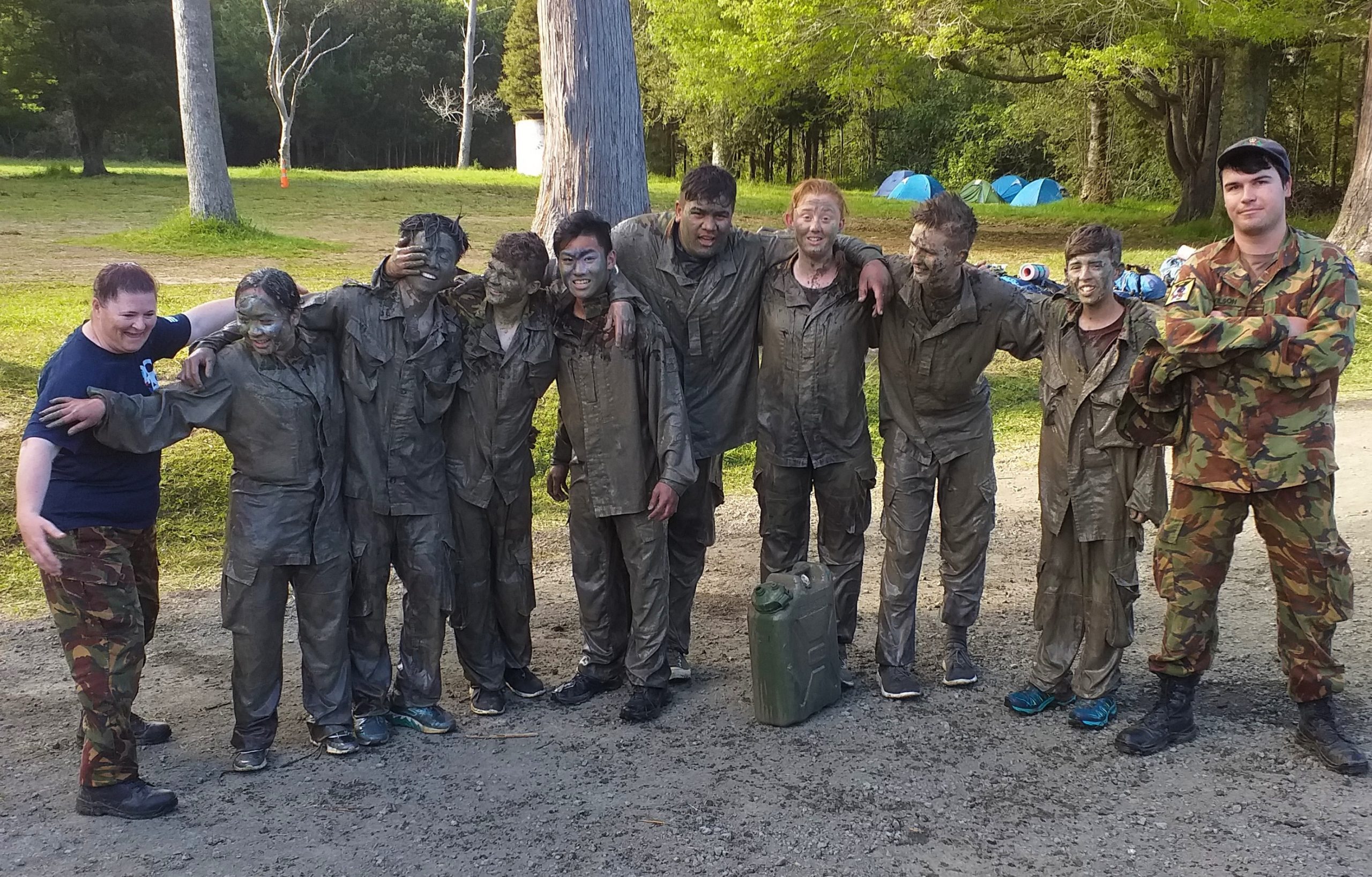 The Ashburton Cadet Unit and support staff after the testing mud run activity. Photo: Supplied
Ashburton army cadets have taken out a national area skills competition and returned home in style from the North Island on board a NZ Air Force C130 hercules.

The team of nine spent three gruelling days being putting through their paces and faced a series of challenges that tested skill, stamina, teamwork and cadet knowledge.

First up was a navigation practical where cadets used a map and compass to reach defined points.

Next up was a cadet force knowledge theory test, followed by an unexpected first aid scenario where they were confronted with a chainsaw accident site to manage. 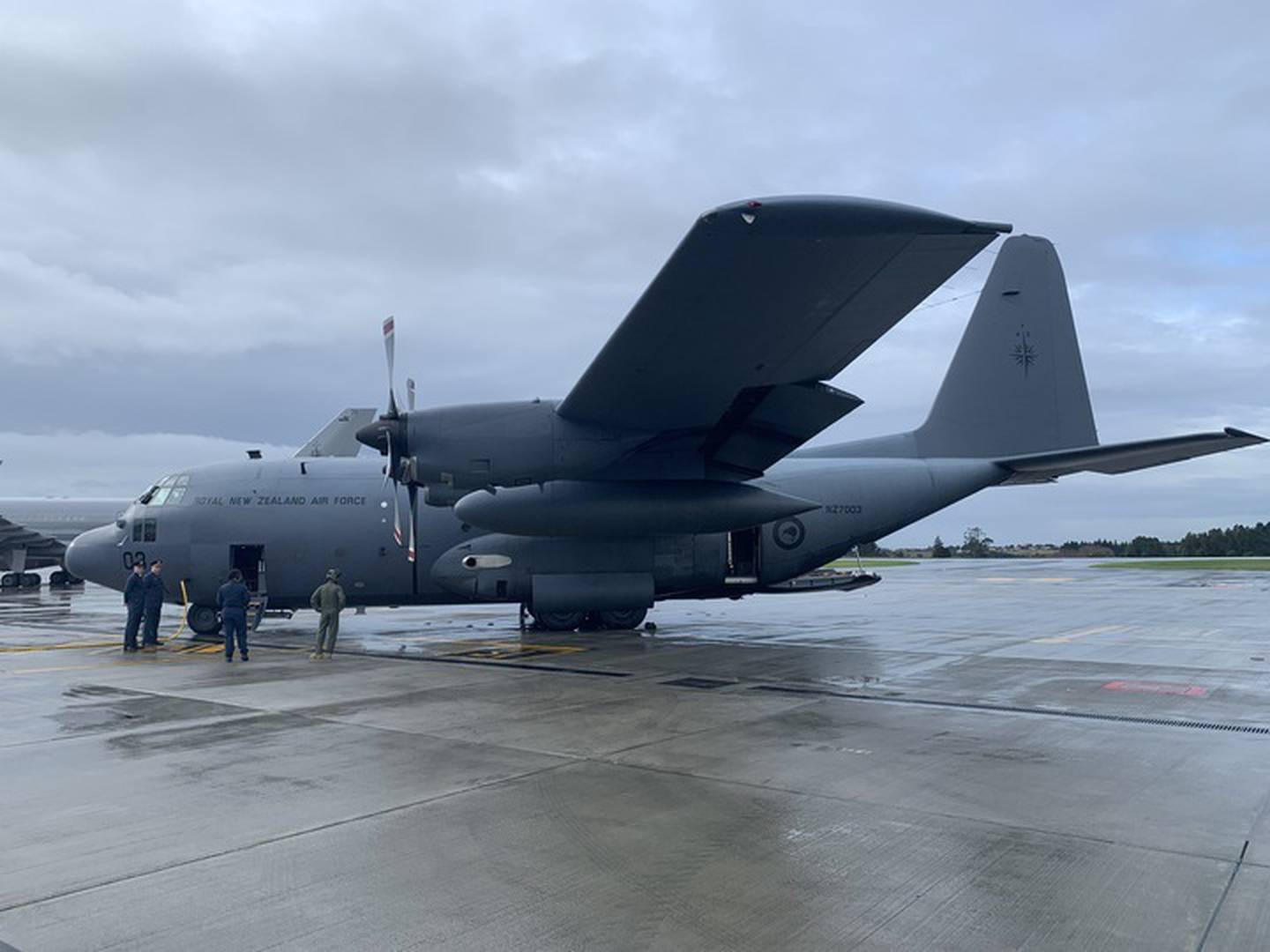 NZ Air Force Hercules. Photo: Supplied
On Sunday there was a smelly mud run that saw teams carry a full water jerry can through a course that forced them to leopard crawl, monkey run and wade through streams.

Ashburton cadet unit leader Major Cezarne Rodgers said the area skills competition went down to the wire, with the top three placings in each activity announced one after the other.

Consistency was key, she said, and when the final placings were known the Ashburton team almost leapt out of the parade ground.

“This was a hard fought win and the team should be very proud taking its first every national skills title.”