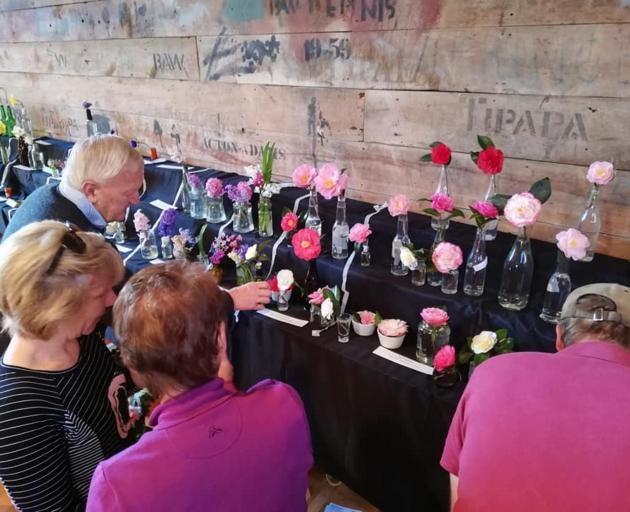 Flowers lined the walls of the Tipapa woolshed for the show. Photo: Supplied
Greta Valley's Tipapa woolshed was a blaze of colour, and bustled with activity and visitors during the recent Scargill Horticultural and Home Industries Society annual spring show.

There was a record turn-out this year, with more than 200 members of the public viewing the exhibits and enjoying the plant, craft and artisan stalls.

The committee said the stalls added an extra dimension to the show again this year, with the venue - to which they are indebted to Tipapa owner John Carr and his staff for providing - helping to make it a special event.

Bernadette Earl won the Greta Challenge Cup for most points in show, with Jean Dalley runner-up.

Mrs F. Whyte Memorial prize for competitor under 10, with most points in adult sections: Jose Loe.