Lincoln residents have had their wish of retaining the building in the community realised - for now. At the last meeting of the Canterbury District Health Board, board members decided not to proceed with selling the hospital building and its land at this time.

The hospital closed on May 31, as its services were located to the new Oromairaki birthing unit at Rolleston.

Executive director planning, funding and decision support, Tracey Maisey, said the future of the building was considered at the final meeting of the health board recently, prior to the transition to 'Health New Zealand' last Friday.

“The board resolved not to proceed with disposal at this time,” Maisey said.

“The decision was made to wait until Health New Zealand had an opportunity to undertake a wider review of property required to meet long term demand or health planning needs of the region,” Maisey said.

Long-time Lincoln area resident Sue Jarvis welcomed the decision, as it would allow more time for the community’s needs to be taken into account.

The building was a “lovely” and “homely” large villa, with plenty of rooms. It would make a good medical centre or other health facility, or a community facility such an arts centre.

Jarvis is a co-founder of the Lincoln Community Garden at the site and among the residents who want the garden to be able to remain there.

The CDHB allowed Lincoln Envirotown to establish the community garden at the site in 2008, and it has operated there ever since.

The 5401 m2 property contains the garden, alongside the original 1926 maternity building, and a 2011 dental building.

“The Lincoln Community Garden continues to be welcome to use the site in the meantime,” Maisey said.

However, Lincoln Envirotown Trust project manager Dave Fitzjohn said he expected the garden would ultimately need to relocate, as there was no long-term guarantee that Health New Zealand would not sell the site. The trust operates the garden.

“Even in the short term there is no guarantee that services such as water to the site will continue,” Fitzjohn said.

However, relocating the garden in itself could be seen as an exciting new project, in which Lincoln Envirotown would involve the whole community, he said.

Result of consultation
The CDHB has now released a summary of submissions from a consultation phase on its proposal to sell the Lincoln Maternity Hospital and land last year.

Twenty-one of 28 submitters did not support disposal, preferring to see the property retained by the health board.

Residents had noted the growth of Lincoln township in their comments, some referring to the future need for a medical facility.

Others wanted to see the property retained for older persons health care, aged residential and respite care, or support and accommodation for people with disabilities.

Many wanted to see the property used for the benefit of the community, perhaps through the district council or another organisation.

Some submissions noted the community gardens located at the rear of the property.

Of the seven submitters who favoured disposal, three stated they were in favour of disposal but wanted to see the land retained for health or community purposes. 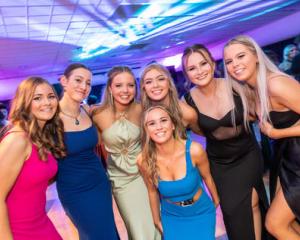 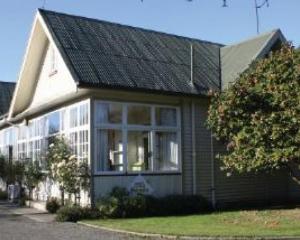