By Susan Sandys
0 Comments
The Lincoln Men's Shed is doubling its shed space as more members come on board.

Chairman Alastair Smithies said the group's membership has increased over the past year from 45 to more than 60.

"It's providing a source of fellowship for older and mostly retired men. We try to accommodate men of all abilities," Smithies said.

"They come from all walks of life, retired farms to builders, joiners, school teachers."

Construction of a $160,000 shed on the group's site, leased from the Selwyn District Council and next to the Lincoln Event Centre on Meijer Drive, is under way. 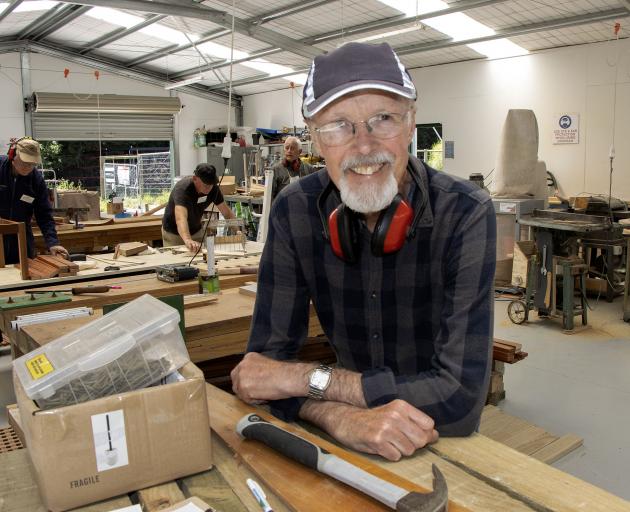 Alastair Smithies. Photo: Geoff Sloan
The planned 20m x 10m building will be the same size and shape as the group's current shed. The two buildings are alongside each other, and will be joined by an annex.

Smithies said half of the new shed will be workshop space. It will mean the current engineering area, crammed into a corner of the existing workshop, will be able to be moved into its own area.

This would make it easier for members to balance the two activities of woodworking and welding together.

One of a network of about 100 men's sheds throughout New Zealand, aligned with MENZSHED New Zealand Inc, the Lincoln Men's Shed has been going for about five years.

Members meet twice per week, on Monday and Tuesday afternoons, to undertake their own projects and projects for the community. 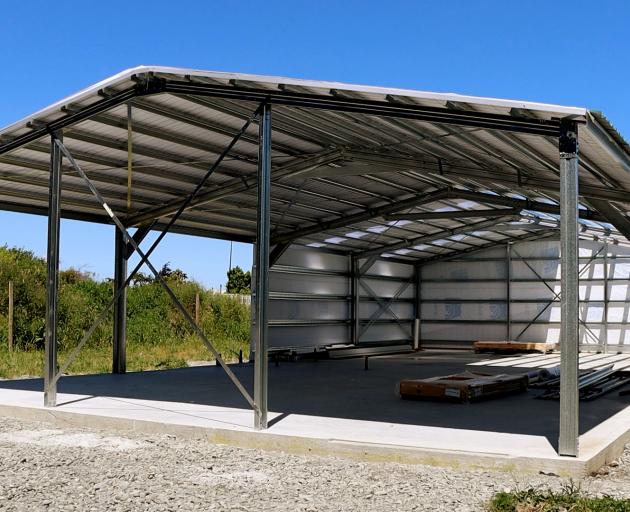 The new shed is currently under construction next to the existing shed. Photo: Geoff Sloan
Recent community projects included making fairy doors for trees at Ararira Springs Primary School, a vegetable sales barrow for the Springston community garden and a trophy and toy box for the Lincoln Volunteer Fire Brigade.

Members also mentor groups of Lincoln High School students. A group of four recently competed two picnic tables. The next group of four arrived last week and are planning to make bench seats for the school.

Half of the new shed will be an extension of the current shed's workshop space, while the other half will be a meeting room, toilets and kitchen facilities.

Currently members take along thermos' and coffee cups, and use the neighbouring rugby club's outdoor toilet. 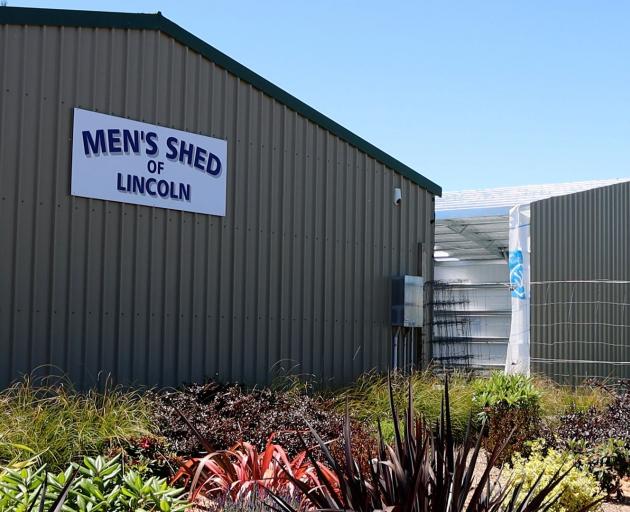 The shed is located next to the Lincoln Event Centre on Meijer Drive. Photo: Geoff Sloan
Members had secured funds to get to the lock-up stage of the project, which was being undertaken by a contractor and set for completion in the new year. Members were in the process of going to three other funders for the fit-out, which they planned to undertake themselves.

"We have got enough building skills in our ranks that we can do the internal building work, and lining, ourselves."