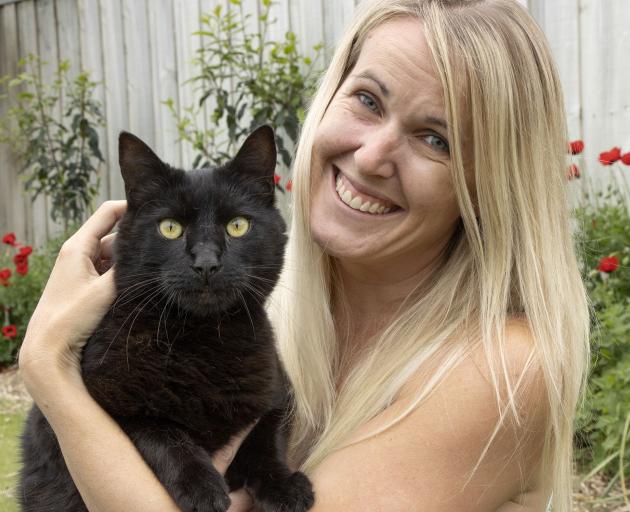 Audrey Ross and Odin. Photo: Geoff Sloan
Canterbury's Audrey Ross gave up on ever getting her much loved cat back after he went missing 20 months ago.

But thanks to his microchip, Odin was able to return home last week, albeit a little skinnier than before.

Ross moved to Lincoln on the last day of February last year.

One week later, Odin escaped from the room where Ross was keeping him so he could get adjusted to his new surroundings.

“He must have got outside and it was hours before I realised he was gone,” Ross said.

She searched for days within a 1km radius of her home.

She posted flyers in windows and put them in letterboxes, and put up online community notices - all to no avail.

"I got reports galore from people seeing big black cats, people are amazing letting me know.

"But every single one I checked out was a different cat, there’s a lot of big black cats," Ross said.

As the weeks and months dragged on, she figured he would either be dead or surviving on a farm somewhere by his own means.

"He used to be good at hunting, bringing home big rats," she said.

Then last week Ross got a phone call from Lincoln Village Vets, which contacted her after scanning Odin’s microchip.

A woman who lived about 3km away, near Lincoln University, had brought him in.

He had been living under her house and she had been feeding him.

"He’s in good health, not quite the 9kg behemoth he was before he went missing,” Ross said.

She was grateful to the woman and urged people to get their cats microchipped.

Six-year-old son Liam was just as excited, and had made Odin a welcome home poster.

"It has been nice getting snuggles."