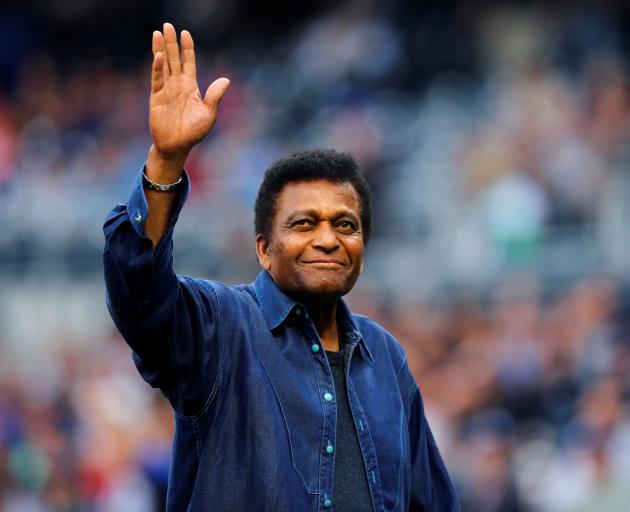 Charley Pride was a trailblazer, delivering 52 Top 10 country hits and won Grammy awards. Photo: Reuters
American country singer Charley Pride, whose No 1 hits included All I Have to Offer You (Is Me) and Kiss an Angel Good Mornin', has died due to complications from Covid-19. He was 86.

Pride, who died in Dallas on Saturday, was not the first African American artist to make important contributions to country music, but he was a trailblazer who emerged during a time of division and rancour.

“We’re not colour blind yet, but we’ve advanced a few paces along the path and I like to think I’ve contributed something to that process,” Pride wrote in his memoir.

The Mississippi singer picked cotton, served in the United States Army and played baseball in the Negro league before moving to Nashville, becoming the first Black country star.

He joined the Country Music Hall of Fame in 2000, Rolling Stone magazine said.

I’m so heartbroken that one of my dearest and oldest friends, Charley Pride, has passed away. It’s even worse to know that he passed away from COVID-19. What a horrible, horrible virus. Charley, we will always love you. (1/2)

"I’m so heartbroken that one of my dearest and oldest friends, Charley Pride, has passed away," country music star Dolly Parton said on Twitter.

"It’s even worse to know that he passed away from Covid-19. What a horrible, horrible virus. Charley, we will always love you,"

Pride's final performance came on November 11 this year when he sang his hit Kiss An Angel Good Mornin' during the Country Music Association Award show at Nashville's Music City Center.

Pride was born in Sledge, Mississippi, on March 18, 1934 to a sharecropper. After enlisting in the Army, he worked at a Missouri smelting plant.

Pride then played for the Memphis Red Sox and Birmingham Black Barons in the Negro League before heading in 1963 to Nashville where he made demonstration recordings.

Four years later, Pride’s recording of Just Between You and Me broke into country’s Top Ten.

He went on to win the Country Music Association’s Entertainer of the Year award in 1971, its top male vocalist prize in 1971 and 1972 and a Lifetime Achievement Award in 2020.

"Charley Pride will always be a legend in Country music. He will truly be missed but will always be remembered for his great music, wonderful personality and his big heart," country music star Reba McEntire said on Twitter.