National leader Judith Collins has called for the election to be delayed until at least November, and preferably next year.

She called on PM Jacinda Ardern to shift the election "until a date later in November".

That would mean the Opposition could campaign, she said.

Collins said it would not be fair to have an election while the opposition cannot campaign.

The alternative was to call back Parliament, she said. Then the election would be pushed back until next year.

She is seeking a meeting with the Electoral Commission about the matter.

"It is five or six weeks out from the election."

She said New Zealanders "deserve better" than to be wondering if they can even vote on election day.

Collins said the party's campaign launch this weekend in South Auckland had been cancelled.

There was no way it could carry on, she said. 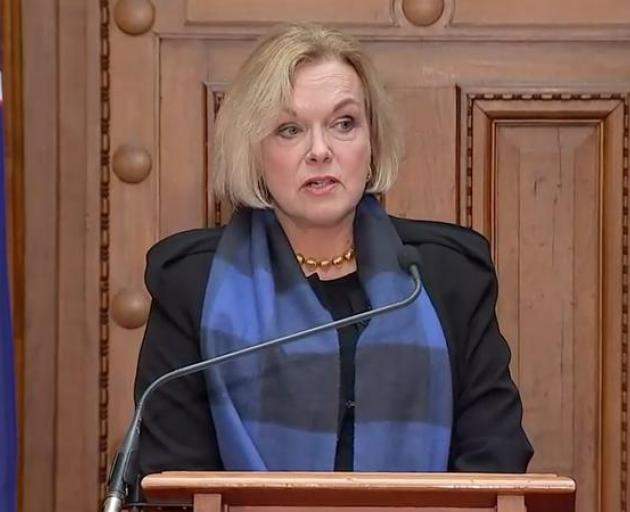 National leader Judith Collins calls for the election to be delayed Photo: RNZ

On the election, Collins said there was no way there could be a postal ballot.

She expressed her "disappointment" that New Zealand has ended up with community transmission.

Collins was highly critical of what she called a lack of Government transparency. She said National's health spokesman had been asking for briefings today, but had not had any so far today.

She said she got a call from Ardern last night, telling her of the issue.

Collins said it was not acceptable that Ardern did not consult her before the decision to go back into lockdown was made. She said she should have been asked to help with the decision.

"She has my phone number."

She did not have confidence in the Prime Minister maintain transparency, Collins said.

"We would expect some more transparency around this," she said.

She called for clarity from the Government around timelines.

She said there would be many people who are "desperately worried" for their jobs and that was why she wanted transparency.

She said it was very important a few weeks out from an election that the Government respected pre-election conventions.

When asked if she was playing politics, she said she did not think New Zealanders were that cynical.

She said it was not politics to ask for answers around this important issues.

"Asking questions is what the Opposition does."

She again reiterated that Reti had been waiting all day for a health briefing from the Government.

Brownlee said the Government "locked one and a half million people down" and should be questioned.

Collins said she had been wearing a mask out in public.

Brownlee didn't feel it appropriate for the Prime Minister to deliver health messages just weeks before the election.

Brownlee said from now on, if it's a health message, it should be delivered by the Director-General and not Ardern in a press conference.

"I think you need to be very careful about how you use the airwaves," Brownlee said, referencing the timing until the election.

Collins said there was some "pretty appalling fear" being manifested in New Zealand's supermarkets and said people needed time to adjust to lockdowns.

Collins said she supported eliminating the virus, saying she had zero tolerance towards Covid-19 in the country.

Yesterday, Collins said that she – and a few of her other MPs – would be based out of Wellington during the lockdown.

"It is important, in my opinion, that I be in Wellington so that I can actually undertake the role of the Leader of the Opposition – so that's what I'm planning to do."

She has been critical of the Government, accusing it of allowing Covid-19 back into the community.

"I am, like I'm sure the rest of the country is, extremely disappointed that this [Covid-19] has been allowed in through our borders."

She is expected to be further pressed on this issue this afternoon.

But her main talking points are expected to be around what to do about the election, at the moment scheduled for September 19.

Collins told the AM Show this morning that it would be very difficult to have a proper campaign in the next five weeks, given the new cases.

She said she would be speaking to Ardern and the Electoral Commission about what to do.

"It's going to be very difficult to have an election in mid-September when we are now mid-August. It is very little time," Collins said.

This morning, Ardern announced that the dissolution of Parliament had been pushed back until Monday – that means the Prime Minister has the power to delay the election before then.