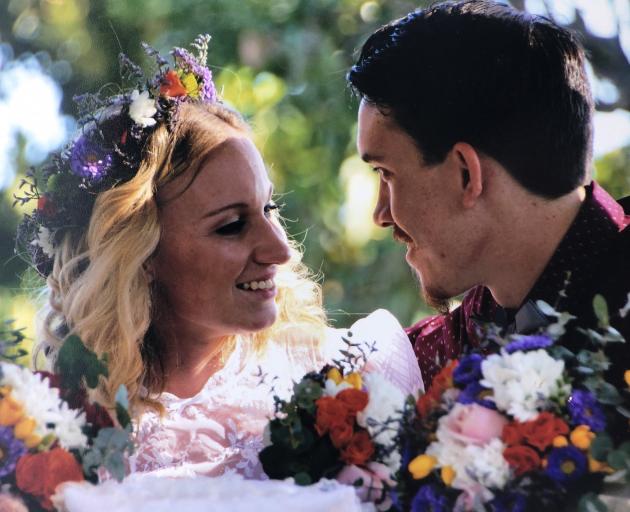 Samantha and Jesse Shortland. Photo: supplied
Three weeks after she pushed for tighter rules on renting cars to tourists, a then MP’s nephew was killed in a crash involving one.

Former New Zealand First MP Ria Bond has described a coroner’s report on the crash that criticised the standard of assessments for renting cars to foreign drivers as bittersweet.

Southland parents Jesse and Samantha Shortland (both 28) and 22-year-old German tourist Marina Liebl died in the crash on the Dipton-Winton Highway (State Highway 6) , in the Benmore area, on October 8, 2017.

The Shortlands’ young children, Skylar and Heath, were injured but survived.

Had she stayed in her lane, death could have been prevented, he said.

However, other factors, including excessive speed and fatigue on both sides, may have contributed. Mr Shortland’s blood also tested positive for cannabis.

Mr Robinson said while the extent of any impairment was unknown, the absence of a braking response or other evasive manoeuvre was consistent with the effects of cannabis, including taking longer to respond and distorted perception.

Ms Bond said she wanted the Government to introduce safety measures for overseas drivers, as she had tried to do during her time as an MP.

"It’s a bittersweet pill to swallow when your own nephew is killed by the very thing you’re trying to legislate against."

It included safety measures such as monitors and sensors that alerted when the vehicle was going over the centre line, as well as autonomous emergency braking.

It was Ms Liebl’s first time driving on the left-hand side of the road but she had filled out a "Safer Driver" form when she rented her vehicle from Thrifty NZ in Queenstown.

Mr Robinson described the self-assessment form as being "wholly inadequate", with no effective evaluation of the person’s ability to drive in New Zealand, or their knowledge of the road rules.

He encouraged rental car companies to "consider introducing some qualitative assessment into the process for determining whether to rent a vehicle to an overseas driver".

A spokesman said Thrifty, like other professional car hire companies that operated in New Zealand, followed the Safer Driver guidelines set out by the Rental Vehicle Association (RVA).

"After reviewing the coroner’s report, Thrifty has been in discussions with the RVA regarding how the ‘Safer Driver’ form may be improved to better assess the driving ability of all customers."

RVA chief executive Pim Borren said not all rental vehicle companies, particularly smaller operators, used the programme. The only legal obligation for renting out a vehicle was to sight a valid overseas driver’s licence.

Were the Government to make those legal requirements more stringent, such as making overseas visitors undergo a practical driving test, that would affect New Zealand’s reciprocal driver licence arrangements with other countries.

"We take the comments by the coroner very seriously, and we will review them with the RVA council."

"We can’t only focus on driver behaviour because people will always make mistakes — the other countries that have had the biggest reduction in road deaths have really focused on making an environment which is more forgiving."

"A range of initiatives are in place to reach visitors at each stage of their holiday — planning, booking, in-flight, arriving in New Zealand, and when they are actually behind the wheel."

He said while there were no plans to compel rental car companies to carry out qualitative assessments for determining whether to rent a vehicle to an overseas driver, the Visiting Drivers Project already included a voluntary Code of Practice for rental vehicle operators.