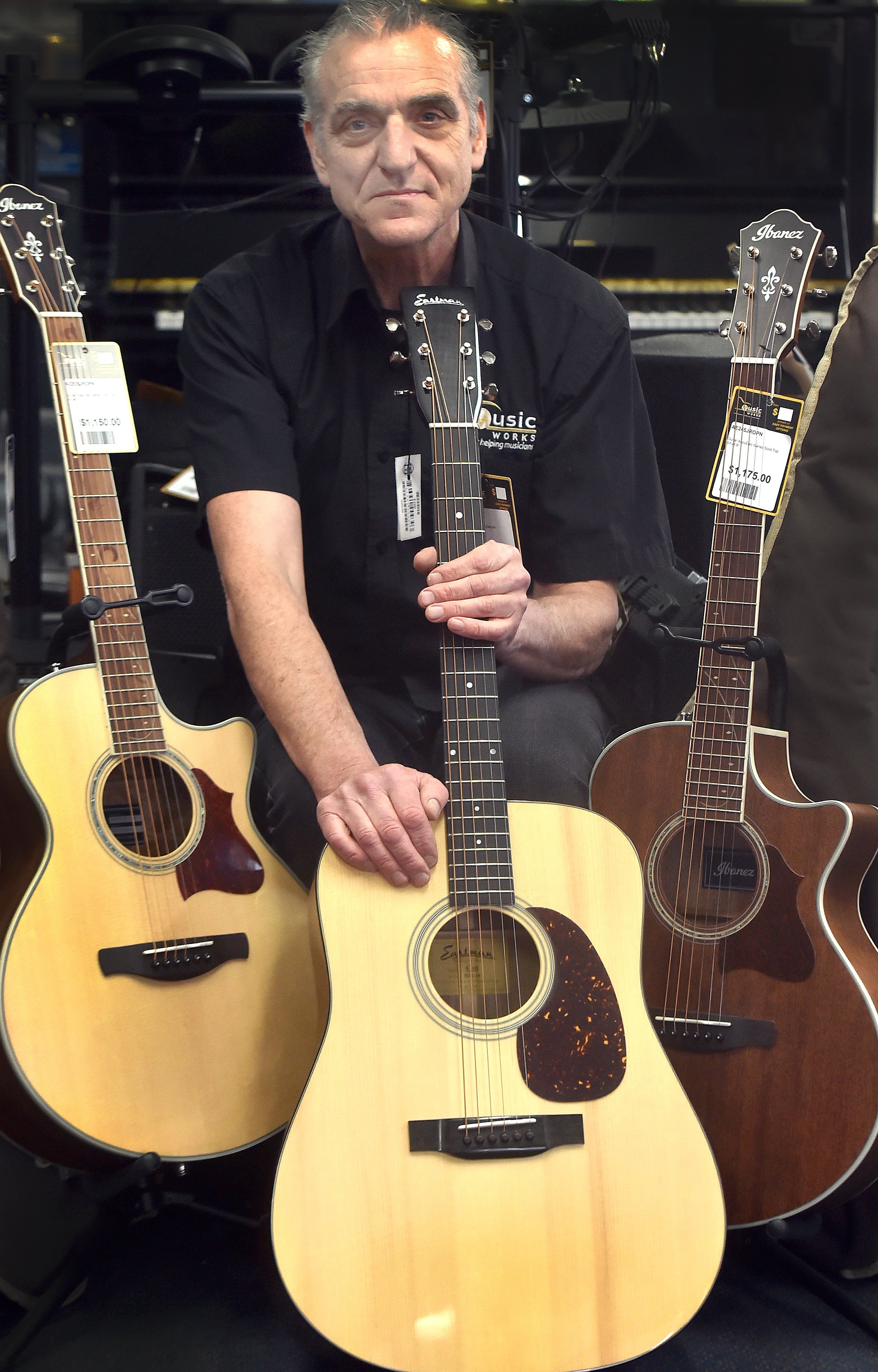 Stevie Rice, manager of Beggs MusicWorks, with a similar guitar to the one which was stolen from the shop on Saturday. PHOTO: PETER MCINTOSH
The manager of a music store says the thief who stole a guitar from it had clearly done his homework but is no criminal mastermind.

Beggs MusicWorks manager Stevie Rice said the offender waited until the shop assistant was busy on Saturday, ran in, grabbed the nearest acoustic guitar and ran out to a waiting car.

The thief "obviously knew what he was doing", and Rice believed he had scoped out the central Dunedin store beforehand.

Despite wearing a hoodie and a mask, the thief was caught on CCTV and seen by witnesses who photographed the offender and took down the plate number of the getaway car.

Since the theft, Rice had been in touch with Cash Converters and provided it with the guitar’s serial number.

The guitar had since been found and handed over to police and Rice was optimistic the culprit would be caught because Cash Converters was good at documenting its trades, although he believed the thief had likely sent in a different person to sell it.

The theft was probably a waste of time for the man who did it, Rice said.

He believed it was unlikely to to have been the work of a criminal mastermind despite the evidence of premeditation.

"All I want is the guitar back," Rice said.

He hoped it would be in undamaged condition, given the lack of a protective case when it was taken.

A witness said he saw the thief, who was wearing a black cap and blue surgical mask, run out of the store holding the guitar.

The thief had jumped into a hatchback which was parked on yellow lines and sped off into traffic, headed north in Crawford St.