'Hammeroid' name chosen for hospital from piles of entries

Possibly for that reason alone, Hammeroid came out on top as the most popular name in an Otago Daily Times competition to name the heavy-duty piece of machinery.

Dunedin 79-year-old Ross Davidson was the first person to put forward the name Hammeroid, and said it was an obvious label for the big red tubular machine.

"It’s on a hospital site, haemorrhoids is a medical condition and it’s a common name for piles - so that’s what I came up with."

Seeing his suggestion come up as the winner left a lump in his throat, he said.

"When it got down to the shortlist, I thought, ‘I have a chance with that’. 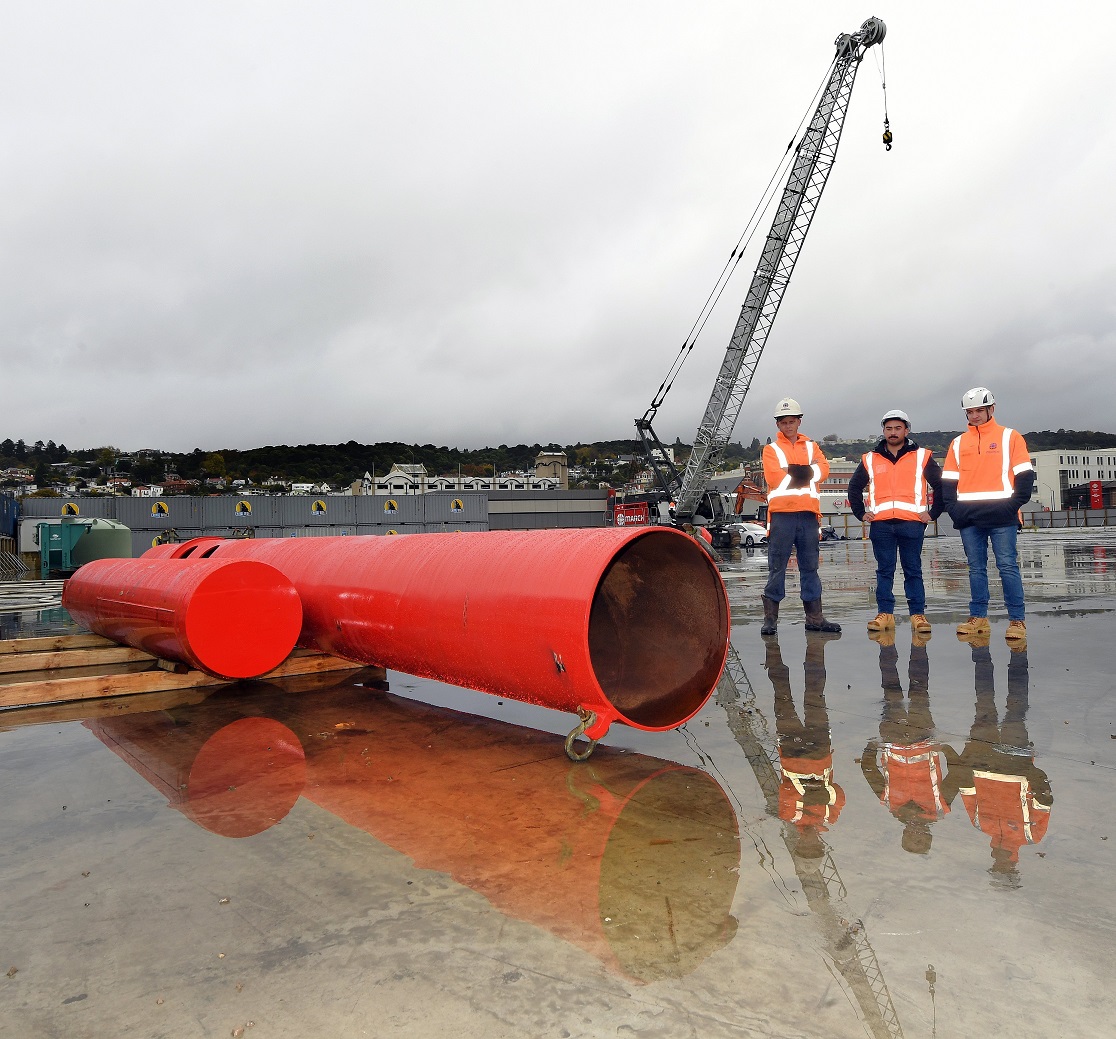 The custom-built 14-tonne hammer will soon begin work installing 428 piles for the new hospital and Mr Davidson was looking forward to seeing it in action.

The shout-out for name suggestions elicited hundreds, ranging from the simple to the slightly more off-piste.