Life without the monarchy: What NZ could look like 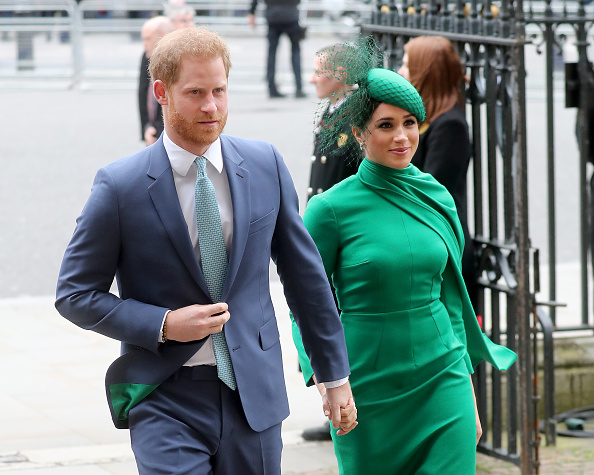 Photo: Getty Images
It's been a tough couple of months for the royals.

A tough couple of years, really.

Actually, a few years, now we think about it.

OK. In summary: it's been a tough couple of decades for the royals.

While a royal wedding still sets imaginations running wild, and the occasional royal baby brings out the monarchists and the tiny Union Jack flags, it's hard to argue with the notion that the Windsors have had a tough time of it from a PR perspective.

That arguably all came to a head last week, when the Duke and Duchess of Sussex sat down for an interview with Oprah Winfrey which shed light on some of the more antiquated - and, some would say, cruel - ways the royal family deals with modern life.

Harry and Meghan decided to cut ties to the royal family - but the question of whether New Zealand will follow suit, and abolish the monarchy from its already-minimal position in day-to-day life seems to be one of those perennial questions which occasionally pops up and gets tongues wagging, before quickly fading away.

But if we did decide to go our own way ... how would it work? What sorts of constitutional vacuums would open up, and what would fill them? What sort of system would we elect to follow, if not a constitutional monarchy?

The first thing to note is New Zealand doesn't have a written constitution - and that, Graeme Edgeler says, means this sort of move would be very, very easy.

"There are laws which say we're a monarchy ... [and] the informality of it means we could change from a monarchy tomorrow. If parliament decided to recall itself and sit under urgency, the governor-general could be signing her 'you're sacked' warrant by the end of the day, if parliament really wanted to."

The monarch's position is set out unequivocally, in the Constitution Act of 1986.

"The Sovereign in right of New Zealand is the head of State of New Zealand, and shall be known by the royal style and titles proclaimed from time to time.

But, presumably, if we were to decide to abolish the monarchy there would be an effect on the country, even if it's not obvious in most people's day-to-day lives?

Doesn't the monarchy act as a check on the executive, for example? A mechanism to make sure a tyrant couldn't seize control of the parliament and enact a bunch of brutal repressive laws?

What would happen to the governor-general? Could we still compete in the Commonwealth Games? Would we have to change the flag? Would there be much of an effect?

"Every time that 'Queen' is written in the law, you'd change it to 'head of state'; 'president'; 'governor-general', we could even keep that name.

"We wouldn't necessarily need a written constitution ... you wouldn't need to change much of anything.

"It isn't really a legal question. It's a political question: should we do it, and what should the situation look like?"

Graeme Edgeler goes on to talk about the different options for a new head of state, and what role that person would fill; and Dr Moana Jackson weighs in on what he considers blinkered thinking in terms of the alternative systems New Zealand could adopt to replace the constitutional monarchy we have now.