A man who stole a police car during a manhunt that spanned 270km even donned a police hat during his wild ride, it can now be revealed.

Yesterday at the Dunedin District Court, Jesse Daniel Nash (38) pleaded guilty to a slew of charges in relation to the March 14 incident but denied the most serious allegation of presenting a firearm against police.

Court documents showed the police pursuit of the defendant was sparked when he stole $64 of petrol from the Omarama Service Station at 6pm. 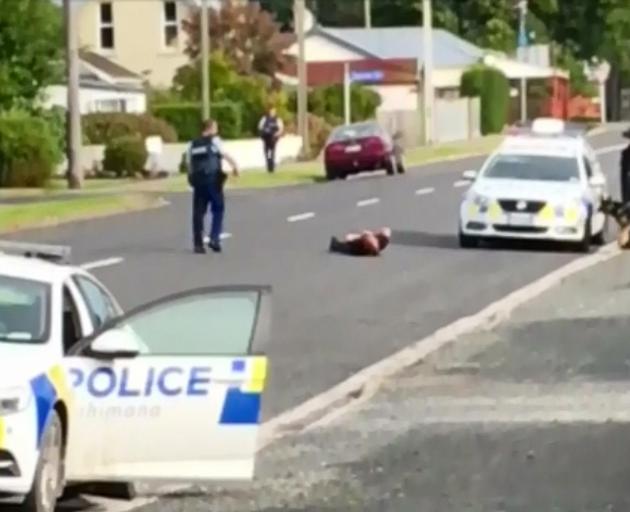 Jesse Nash (38) was arrested by police in Milton more than 15 hours after they first chased him in Central Otago. PHOTO: ADAM WYBER

Officers spotted Nash’s Toyota near Tarras but rather than stop, he increased his speed to 180kmh.

Despite road spikes being successfully deployed, the defendant continued driving at high speed.

Sparks from the rims ignited several roadside fires along the edge of Lake Dunstan, a police summary said.

The chase was abandoned because of the dangerous speeds but officers continued the search for Nash.

One senior constable drove down a narrow shingle side road at the start of the Cromwell Gorge and saw the man’s damaged vehicle.

When he shouted at Nash to get on the ground, Nash instead allegedly took a long-barrelled air rifle from his boot and aimed it at the officer. 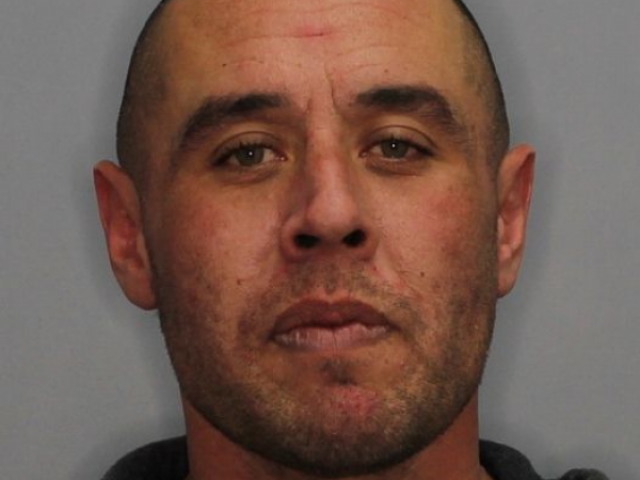 Jesse Nash. Photo: NZ Police
Police said while the officer took cover in a stand of pine trees nearby, the defendant discarded the weapon and left in the patrol car, the engine of which had been left running.

So dangerous was his driving that police opted not to engage in a pursuit.

Near Shingle Creek, in the Roxburgh Gorge, Nash drove behind Graham Robinson’s 2008 BMW.

When he activated the car’s lights, the man pulled over.

Nash — wearing the senior constable’s police hat — called for the victim to get out of his vehicle.

He then jumped into the driver’s seat of the BMW.

It was not, however, the slick change-over he might have hoped for.

Nash had to ask Mr Robinson about the gear shift for the car and what kind of fuel it took.

"It was all a bit surreal, but he wasn’t aggressive or anything," the victim previously told the Otago Daily Times.

After stealing $50 from Mr Robinson’s wallet, Nash was off.

He hit speeds of up to 200kmh and was again slowed by road spikes near Milton.

The defendant abandoned the damaged car in Park Rd and forced his way into an empty property that was being renovated.

It was not until the next morning that police found him.

Nash approached a family in Milton, asking to use the internet. He said he needed to message associates and ask to be picked up.

A cordon was set up by police and he was arrested without incident.

Nash will appear again in court later this month.