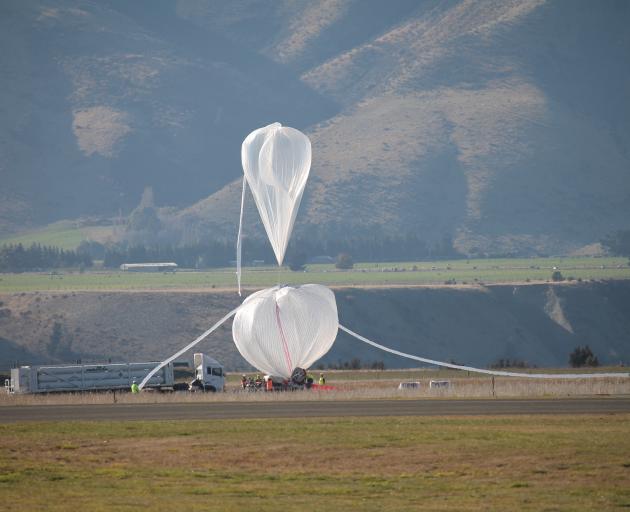 Things were looking hopeful before the launch was abandoned. Photo: Aspen Bruce
Spirits are deflated in Wanaka after the launch of Nasa's super pressure balloon had to be aborted at the last hurdle before staff from the agency leave the town.

Just as things were looking hopeful  - with weather conditions finally ideal - and the balloon out of its box, the launch was abandoned due to a technical malfunction.

A problem with a winch meant helium could not get into the balloon.

Upcoming campaigns in Sweden and the United States has meant today's attempted launch was the sixth and final launch attempt in Wanaka.

The balloon has been transported to its launch site this morning. Image: supplied
Earlier hopes were up the launch would be successful at the last opportunity.

Nasa's super pressure balloon was taken out of its box - a sign it could finally be launched in Wanaka this morning after a series of delays.

An airport spokesperson said this was an optimistic sign, as it’s difficult to get the balloon back inside.

The weather was still and crisp, with some lingering river fog surrounding the airport, and it was hoped the launch would happen about 10.30am.

Those interested in watching have been asked to not visit the airport for safety reasons. 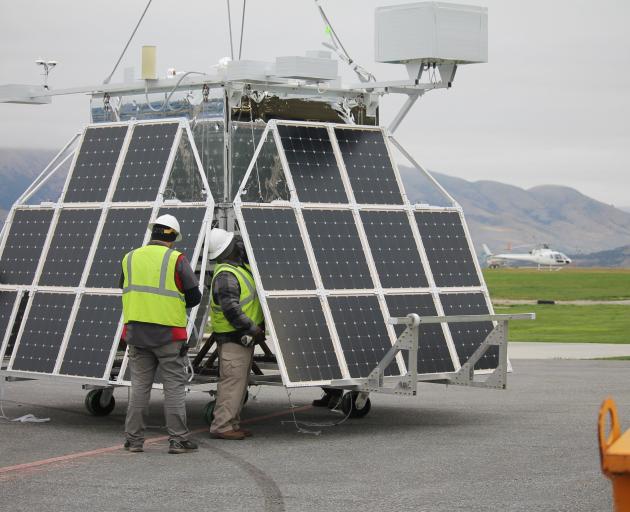 Upcoming campaigns in Sweden and the United States have meant today’s scheduled launch will the be the sixth and final attempt to launch the balloon in Wanaka. PHOTO: ASPEN BRUCE
A fifth launch attempt scheduled yesterday was cancelled because of unacceptable wind conditions.

Nasa’s balloon programme office chief Debbie Fairbrother said the reason behind the cancellation was that both surface and upper-level winds were above 10 knots.

"A high-pressure system that would have brought the exact wind conditions we needed did not arrive in time for Thursday’s launch attempt," she said.

Nasa first began launching super pressure balloons from Wanaka in 2015. Today would be the fourth launch.

The programme was temporarily halted due to funding and Covid-19 issues.

The primary goal of the flight was to validate and certify the balloon technology and, in particular, the balloon’s capability to pressurise at high altitudes and cope with heating and cooling during the day-night cycle, Ms Fairbrother said.