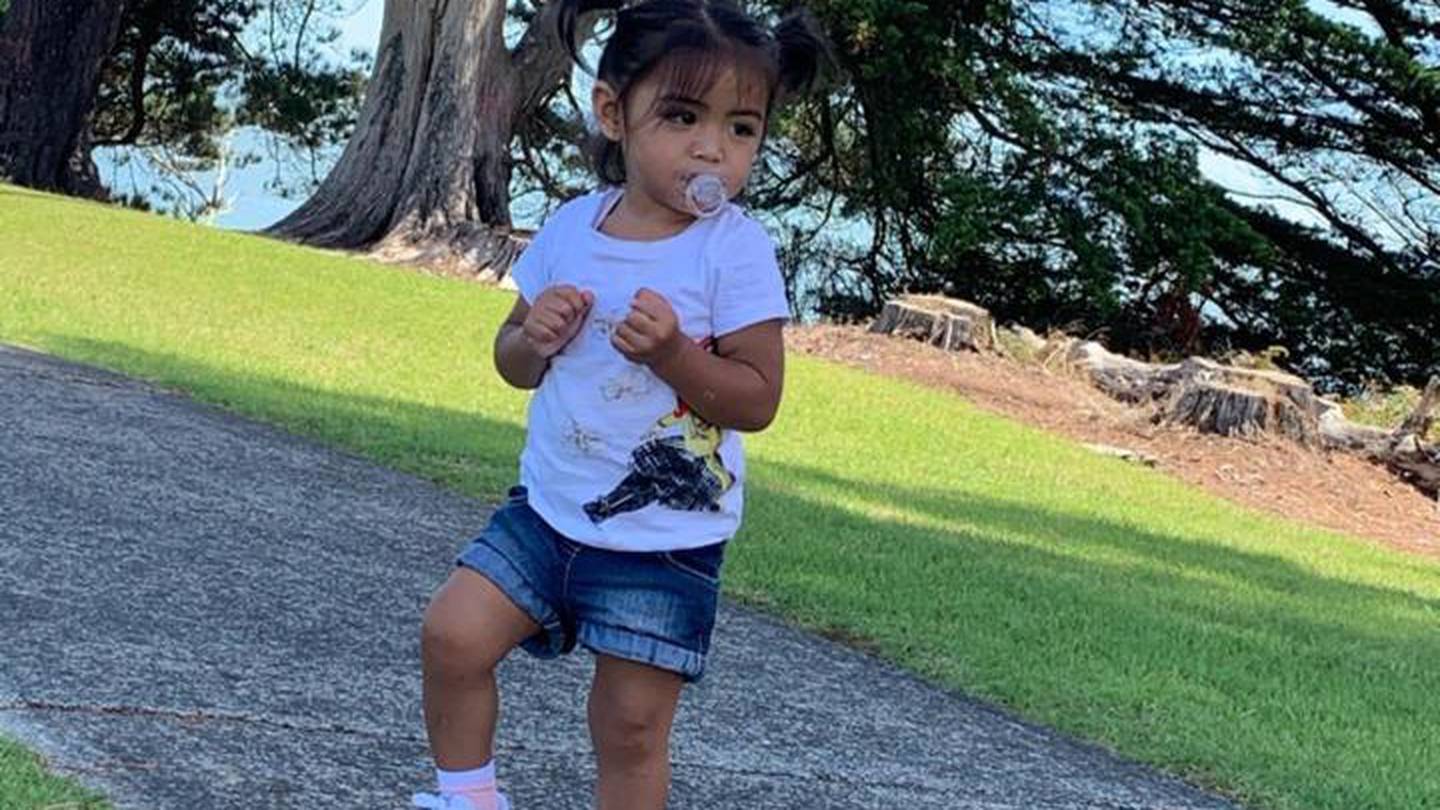 Two-year-old Arapera Fia. Photo: NZ Herald
A 21-year-old man has been charged with the murder of a toddler in Auckland.

Police confirmed they had arrested two people in relation to the suspicious death of 2-year-old Arapera Fia.

A 21-year-old woman has also been charged with manslaughter, police said today.

The pair are due to appear in the Manukau District Court this morning.

No one else is being sought in relation to Arapera's death.

The toddler died in Starship Children's Hospital on Sunday, October 31.

She had earlier been found with critical injuries at a house in Weymouth, South Auckland.

Counties Manukau police had said she was found with multiple serious injuries that were not considered to be accidental.

Detective Inspector Warrick Adkin said today: "I want to acknowledge the hard work and perseverance by the investigation team that has resulted in these arrests.

"Investigations involving the suspicious deaths of children have a profound effect on the whānau and our wider community.

"Often these investigations can be impeded by members of the whānau failing to come forward with information or co-operating with Police.

"I want to acknowledge Arapera's whānau who have co-operated and assisted police throughout this investigation."

Arapera's family later released a statement saying: "We are in as much shock as the rest of Aotearoa and want the answers to what has happened."

Arapera's father Malcolm Fia, who does not live at the property where police say Arapera was injured, had posted tributes to his "princess" on social media.

He then spoke further about the tragedy.

"I've felt pain before but this pain, this pain I have never felt," he wrote on Facebook about his daughter's death.

"It's getting harder and harder every day realising that this isn't just one bad dream.

"I know you're up there smiling and looking over everyone but dad misses you so much."