Five people are dead, eight are missing and feared dead and 31 are injured after yesterday's double eruption on White Island / Whakaari.

Among the missing are Australians, Americans, Chinese, British and Malaysians, as well as New Zealanders. 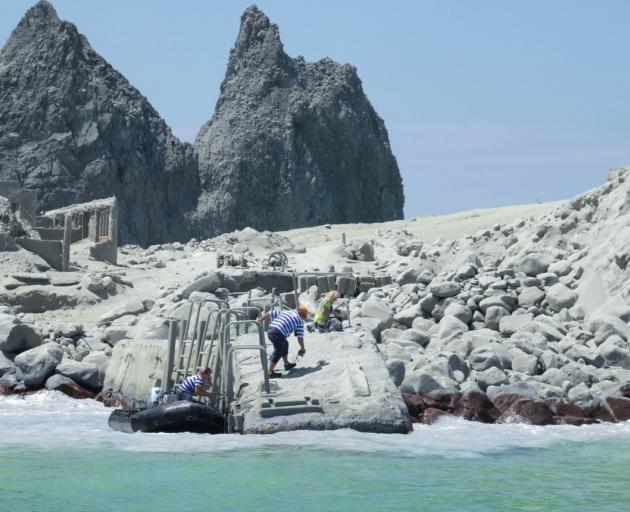 Ms Ardern praised rescuers for their "courageous efforts" to rescue those who were on the island yesterday.

She said there have been no signs of life on the island after aerial reconnaisance overnight. 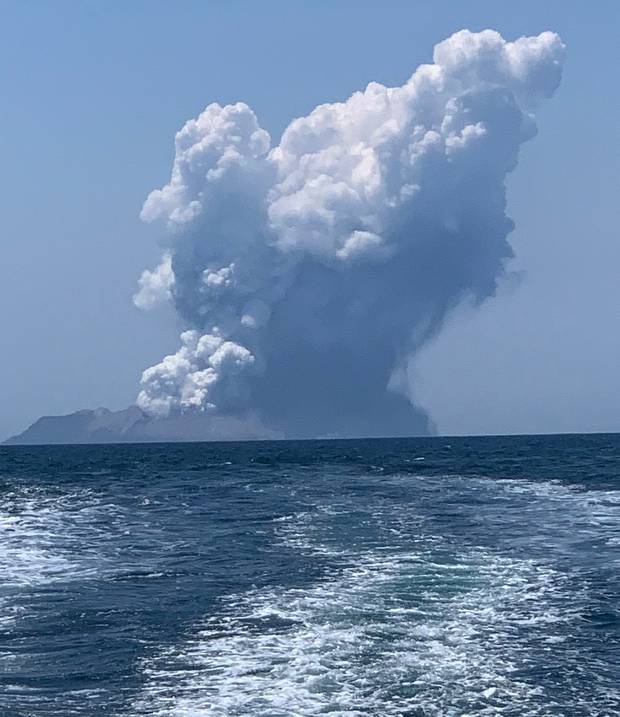 Former Whakatane mayor Tony Bonne says one of the people killed was an experienced guide for White Island Tours - "a young energetic man who's lost his life".

"Devastation is an understatement. This is a terrible tragedy and our thoughts and prayers are with everyone who has been impacted."

He said the company was currently assisting police and Civil Defence with the official emergency response. 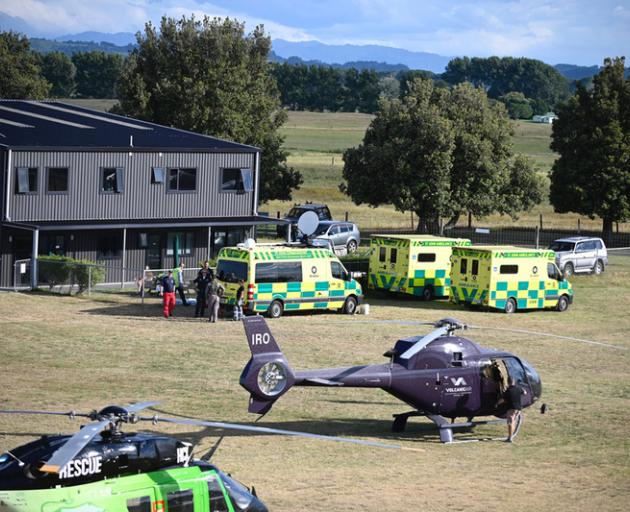 National Operation Commander Deputy Commissioner John Tims said in an earlier press conference 23 people had been taken from the island, 18 of which were survivors. He said it is unclear the number of those left on the island, but confirmed the number was in the double digits.

"At this stage it is too dangerous for police and rescue to go on to the island... the island is currently covered in ash and volcanic material," Tims said yesterday evening.

Nine News Australia is reporting 24 Australian citizens were on White Island when it erupted.

Earlier yesterday evening Prime Minister Jacinda Ardern said: "I have had the opportunity to be briefed on the details of the volcanic eruption of Whakaari/White Island, off the coast of Whakatane in the Bay of Plenty."

My god, White Island volcano in New Zealand erupted today for first time since 2001. My family and I had gotten off it 20 minutes before, were waiting at our boat about to leave when we saw it. Boat ride home tending to people our boat rescued was indescribable. #whiteisland pic.twitter.com/QJwWi12Tvt

"It continues to be an evolving situation.

"We know that there were a number of tourists on or around the island at the time, both New Zealanders and visitors from overseas, she said.

"I know there will be a huge amount of concern and anxiety for those who had loved ones on or around the island at the time. I can assure them that Police are doing everything they can, she said.

"The Ministry of Foreign Affairs have stood up their systems to assist with any response required for those further afield, Ardern said.

"I will be travelling to the area this evening, alongside Minister of Civil Defence Peeni Henare," she said.

"One helicopter with paramedics and St John Medical Director Dr Tony Smith on board spent a short time on the island assessing the scene. Staging points were set up at Whakatane Airport and Whakatane Coastguard base to assess and triage patients. In total St John responded with 11 helicopters and 12 ambulances to treat and transport patients to various hospitals including Whakatane, Tauranga, Middlemore and Auckland City, by air and road.

"St John has treated patients with injuries ranging from critical and serious through to moderate and minor. It has been an exceptionally complex scene and our paramedics, both frontline and working in our Clinical Communications Centre, have done an outstanding job in very difficult circumstances.

"We will continue to support the operation and debrief with our frontline teams in the coming days."

The New Zealand Defence Force is sending a number of NZDF assets and personnel to assist in the emergency response following the eruption.

The NZDF would be working under the direction of NZ Police but has sent a number of assets to the area to help as needed.

A Royal New Zealand Air Force P-3K2 Orion aircraft has flown over White Island carrying out surveillance over the area, and two NH90 helicopters have flown to Whakatane to assist. 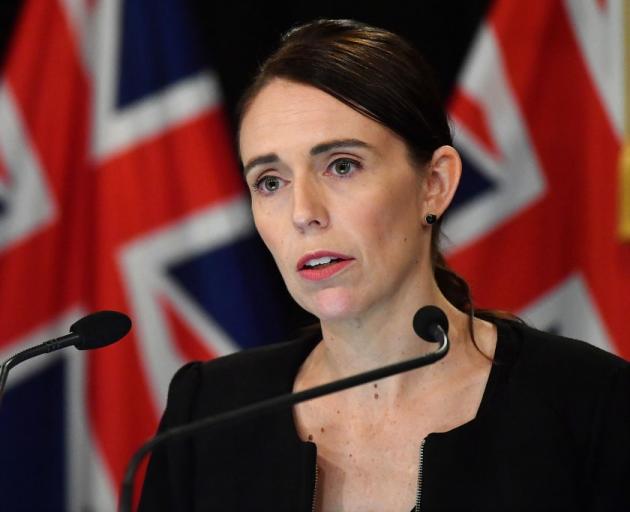 Our focus is to ensure that Police and the National Emergency Management Agency have all of the resources they need.

The National Emergency Management Agency is leading the response, and an active Police Search and Rescue operation is under way.

They do not believe all of those injured by the eruption are from the cruise ship.

"Some of those people have been transported to shore, however a number believed to be on the island are currently unaccounted for," police said in a statement.

"Emergency services are working to ensure the safety of everyone involved, including rescue staff." 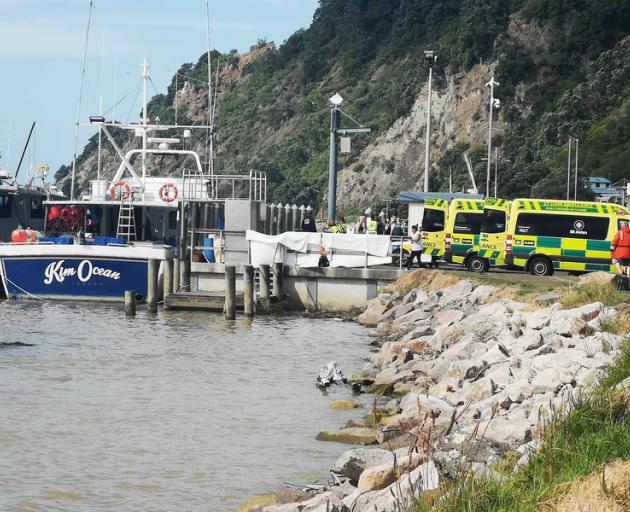 Emergency services are lining people up on wharf in stretchers. Workers have put up a white sheet to block the stretchers from the public. Photo: Katee Shanks

A Brazilian tourist who was on White Island moments before the eruption said people had suffered "extensive burns".

Allessandro Kauffmann posted on Instagram: "Some people have extensive burns on their bodies. Two tours on the volcano. Ours was the first. The other one right after. We left the island and wasn't even five minutes before it erupted. This other tour that arrived after couldn't leave in time.

"Some people have serious burns. We had to stay to help those people who were on the island. The boat from this other tour was covered in ash from the volcano. Very tense talking about this. We just have to hope that all is as well as can be."

Many of the people visiting White Island today were from the cruise ship Ovation of the Seas which is berthed at the Port of Tauranga this morning. Port company chief executive Mark Cairns says he understands the majority of those injured in the eruption are from the ship, the largest cruise vessel that visits Tauranga. 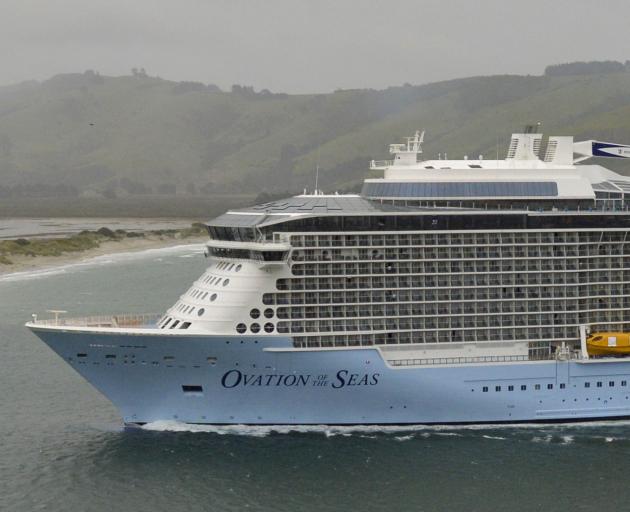 Many of the people visiting White Island today were from the cruise ship Ovation of the Seas which is berthed at the Port of Tauranga this morning. Photo by Gerard O'Brien.

A Royal Caribbean spokeswoman said the company could confirm that "a number" of its guests were touring the island today.

"We do not have any additional details to share at this time."

Ovation of the Seas remained overnight in Tauranga until the cruise line learned more about the situation.

"We will offer all possible assistance to our guests and local authorities," she said.

"Please keep all those affected in your prayers."

'No signs of escalation' 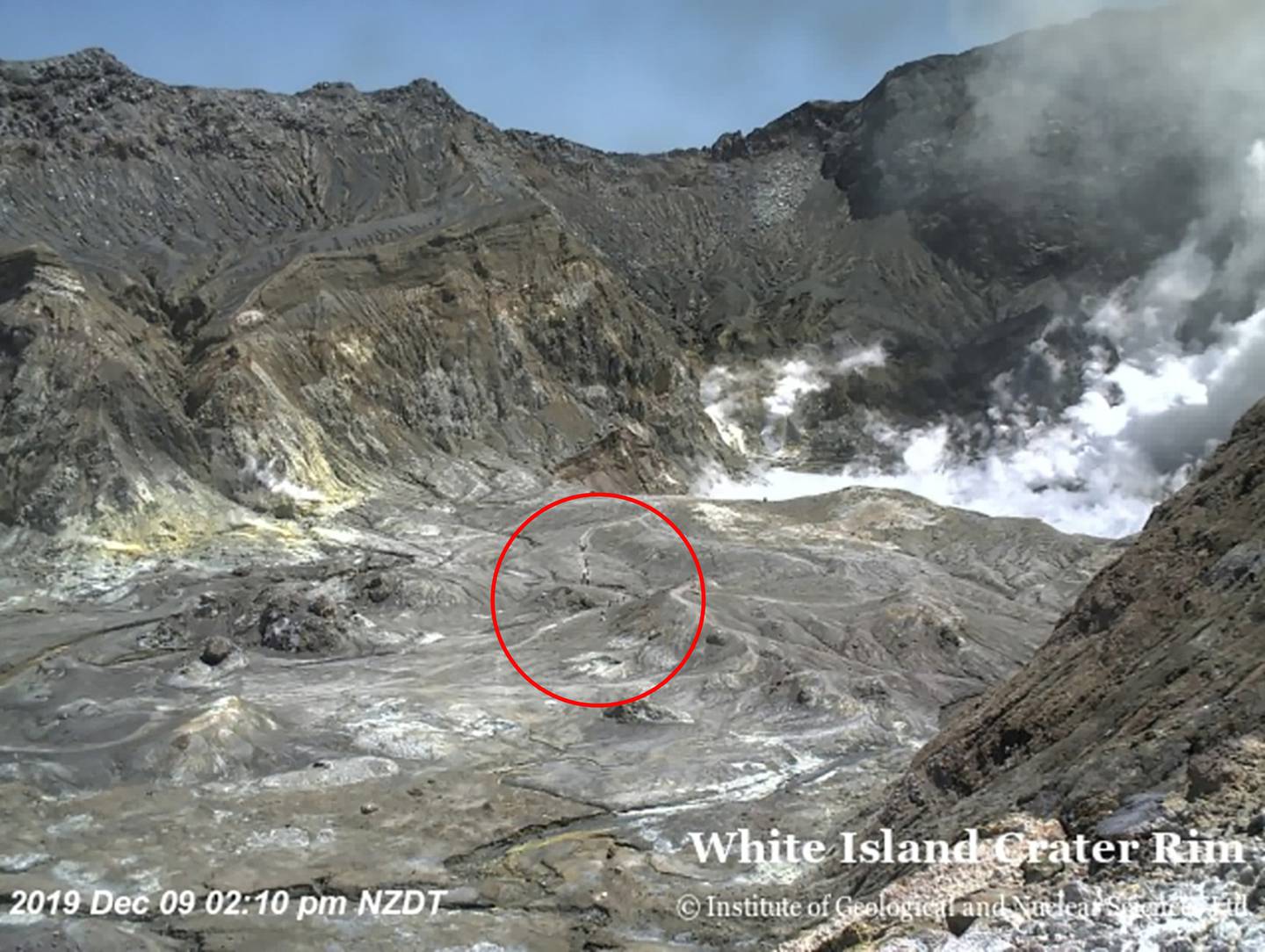 People can be seen inside the crater just before the eruption. Photo: GeoNet

"All our thoughts are with those affected at this stage," Ardern said.

Ardern apologised for her late start to the regular weekly meeting, saying she as she wanted the most up to date information on the eruption.

Police were alerted of the eruption at 2.17pm, Ardern said.

GNS says the eruption happened at 2.11pm and sent a plume of ash 12,000ft above the vent. Ash has covered the main crater floor and continues to fall on the island.

GNS doesn't expect more than a minor amount of ash to reach East Cape in the coming hours. GNS monitoring equipment is still operating and there has been a steady decline in activity since the eruption. "There remains significant uncertainty as to future changes but currently, there are no signs of escalation," said GNS spokesman duty volcanologist Geoff Kilgour. 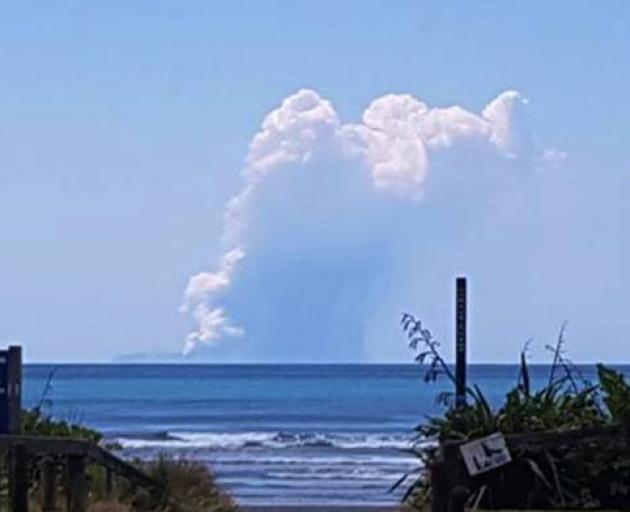 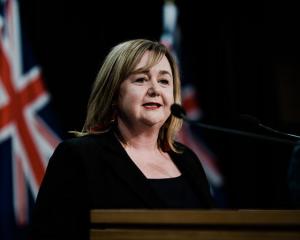 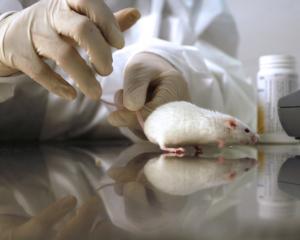 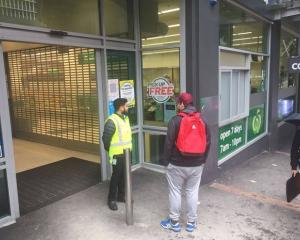