The winners of the Canterbury Surf Life Saving New Zealand awards have been announced.

The Canterbury Awards of Excellence winners were announced on the southern region’s Facebook page this weekend.

The awards honour the volunteers who dedicate hours to saving lives, patrolling beaches and keeping their clubs running, as well as the dedicated lifesaving athletes who have shone in competition.

Southern regional manager Stu Bryce said volunteers throughout the Canterbury area are keeping people safe at the beach – both during patrols and behind the scenes.

"The Awards of Excellence are a great opportunity to acknowledge their efforts and say thank you.

"But it is also worth remembering these people honoured are just a reflection of the wonderful volunteers in our organisation.”

Mike Smith has been named volunteer of the year in recognition of his involvement at a club, regional and national level, particularly in the health and safety sector.

“Mike’s service to surf is decades old and it is people like him who are the backbone of the sport and the service side of lifeguarding."

Louis Clark was sportsperson of the year. The Taylors Mistake Surf Life Saving Club athlete represented the Junior Black Fins at the International Surf Rescue Challenge in Durban, South Africa, last year. He returned home to compete at the 2019 New Zealand Pool Rescue Championships, where he won the U19 male 200m swim with obstacles and was third in both the U19 male 100m rescue medley and 50m manikin carry.

Clark also won the U19 male board rescue alongside Ben Regan, and finished second in the U19 male rescue tube rescue with Regan, Jacob Clements and Zach Goldsmith.

“Louis excelled in the local and regional pool and beach events winning both the Open and U19 run swim run and surf races at the Southern Region Championships,” said Bryce.

Club development officer for Christchurch, Luke Smith, was named lifeguard of the year.

He has been involved in revamping the Canterbury development squad for athletes.

Drabble has also had a successful season as a competitor, collecting three medals at the TSB Nationals Surf Life Saving Championships 2020 in Gisborne in March, including a gold in the open men’s double ski. He and his partner, Zac Quickenden, are the winners of the sport team of the year.

The National Awards of Excellence will be held on September 19.

Club of the Year
Sumner SLSC 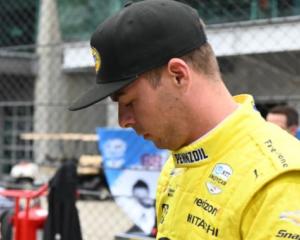