Fuelled by dreams - rallying and racing 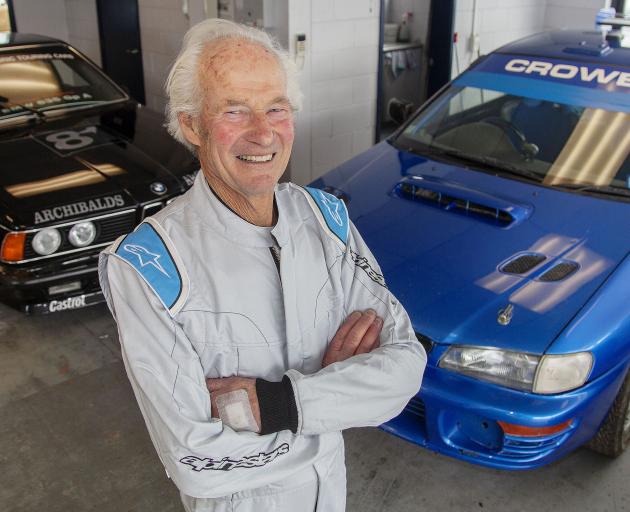 Trevor Crowe at his workshop in front of the Subaru WRX he will race at Ashley Forest this weekend and the BMW 635 he won the NZ Group A series in during the 1980s. PHOTO: GEOFF SLOAN
The Ashley Forest Rally Sprint celebrates its 40th anniversary this weekend. One driver who was part of the inaugural running will still be amongst the contenders for the title. This week sports reporter Gordon Findlater continues The Star's look at Canterbury sporting icon by talking with Trevor Crowe.

Ageless is perhaps the best way to describe Trevor Crowe.

More than 50 years ago he could be found in his workshop designing and building his own unique race car or on the track racing it. The same stands true to this day.

“A lot of my motor racing has been to do with dreaming up some weird and wonderful car and making it,” said Crowe.

This weekend Crowe will run his Subaru WRX coupe at the Ashley Forest Rally Sprint – an event he won in 1985. He has hopes of a top-eight finish and will likely post times similar to those he set 34 years ago.

Believe it or not Crowe admits to not being so interested in cars during his childhood, but began helping his father in his workshop in Templeton from the age of seven.

“I’d get paid to do things like decarbonise old cylinder heads and he taught me to drive at an early age, but the real influence came when I became an apprentice mechanic . . .another apprentice was a guy called

Dave Silcock and he showed me how to slide the workshop trucks around the block on wet days,” said Crowe.

His early days of motorsport in the 1960s involved grass track and beach racing in an MGJ2 which later ended up with a V8 engine as Crowe’s racing became more serious.

His earliest rally successes came in a Datsun 1200 which he drove to a 0-1300cc class victory in the New Zealand Rally Championship in 1975. On the track he raced a Datsun 1200 coupe to many victories.

However, a craving for more power would lead to one of Crowe’s most well-known builds – his V8-powered Toyota Starlet.

“It [Datsun 1200] was really quick around the corners. I could hassle the Camaros and the big V8s through the corners. I thought if I had something that was like this, but had a lot more boogie, this would be a good car. So, that was sort of where the Starlet came from. I thought I’ll start with something really light and I’ll make everything aluminium . . . so it was able to beat all the big heavy cars,” he said.

“That car, particularly the first Starlet with the V8, was incredibly successful. It held lap records and did the business all over the place.”

Crowe would power the Starlet to four OSCA championships between 1981 and 1985. He also won his one and only Ashley Forest Rally Sprint in the Starlet in 1985. His winning time of 1.04.69 to defeat Neil Allport in the top two shootout was also a new track record at the time.

“It was a track car and we just put some shingle wheels on it basically, took it to the hill climb and won it.”

In 1988 Crowe stamped his mark on touring cars. He won the NZ championship in a BMW M3. However, the most memorable moment of the year came when he and Peter Janson won their class and finished fourth outright at Bathurst in an M3. The same year a third place finish at the Wellington street with Mark Thatcher – the son of former United Kingdom Prime Minister Margaret Thatcher - also saw Crowe crowned the Asia

Over the last three decades Crowe has won many South Island rallies and had class victories at the Ashley Forest sprint and Race to the Sky at Cardrona.

Other memorable Crowe builds over time have included a V8 Skoda, a mid-engined Subaru Justy running a 2.5-litre turbocharged WRX engine making over 400hp, and his own take on a Subaru ute.

“On the shingle is probably more my heart. It’s far more challenging. Circuit racing is relatively easy if you know what you’re doing and you’ve got a half good car . . .on shingle it’s the ultimate challenge, every corner is something different and a new adventure,” he said.

One of Crowe’s more interesting adventures came at an event many years ago in New Caledonia while rallying a Ford Escort.

Crowe remembers the event being very dusty and the road maps being in French which meant he and his co-driver had little idea where they were going.

“We had to follow the locals on the navigational stages to get to the special stages and on the special stages you’re meant to be able to work it out from the instructions . . . they took us into this mine and after all the cars had driven around and got lost several times all you could see was red dust and nobody could work out where to go,” he said.

“There was a guy standing on the side of the road in his full native gear, so we pulled up beside him and asked him. We couldn’t understand him and he couldn’t understand us, but we sort of made out to him that we don’t know where to go and he pointed with his spear where to go. So, we put him in the back of the rally car which is incredibly illegal and for the next 20km he guided us screaming at the top of his voice all of the way . . . we were one of only three cars which got through and in the end they cancelled the rally because everybody got lost,” said Crowe.

Outside of motorsport Crowe is also somewhat of a fitness guru – perhaps one of the keys to his agelessness. He regularly competed in triathlons and has run the London and Paris Marathons. His best time came on the West Coast in a time of 3hr 3sec. However, he will claim it as a sub three-hour marathon due to not passing the start line for several seconds.

“[Being fit] I had this advantage in things like Bathurst because I could get out of the car and go and do another stint if I had to, whereas a lot of the drivers in those days weren’t that fit,” he said.

He has also completed the individual two-day Coast to Coast, but hasn’t been back for a second crack.

“I remember laying on the beach at the finish line in Sumner and my partner was there. I said: ‘I don’t think I’m ever going to do that again because it hurts too much’.”

These days Crowe is an avid walker, spends time on the bike and lifting weights. However, he no longer competes seriously due to suffering from arrhythmia for the past 20 years.

“Every decade or era that I’ve been in has been fantastic. I’ve been lucky that I haven’t been seriously injured. I’ve probably done more miles on shingle and seal than anybody else and probably built more cars than most guys, so it’s been fantastic really.” 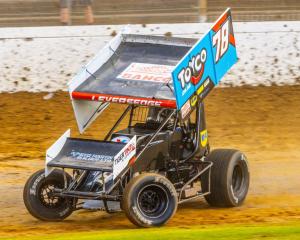