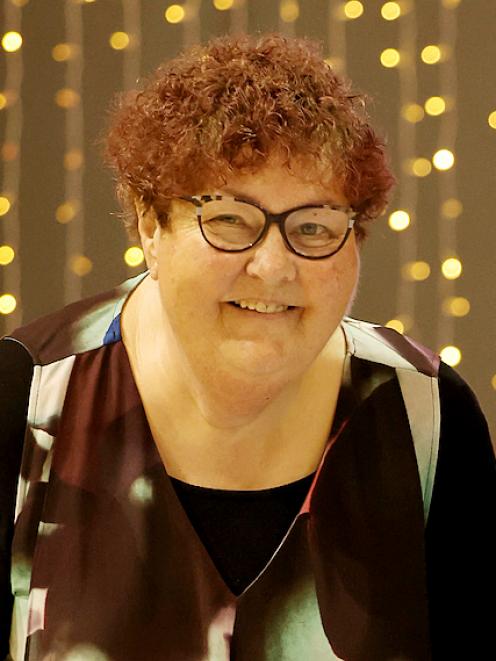 The Local Legends award was introduced for the first time this year to celebrate the thousands of unpaid volunteers.

Hely was named a legend for her tireless support and thousands of hours of volunteer work in top administrative positions within the Selwyn Netball Centre and Tai Tapu club over the past 32 years.

"I was very humbled to even be nominated for an award like this.

"I don’t do things for rewards, my reward is seeing everybody enjoy themselves,” she said.

She accepted a new premier court on behalf of the Selwyn Netball Centre, and $1000 for herself.

Selwyn Netball Centre president Andrea James nominated Hely because of her long standing commitment and effort to keep netball thriving in the district.

"She absolutely deserves it.

"It’s just wonderful that she’s getting this recognition.

"She’s an incredibly humble person so she’ll often be doing things behind the scenes that people have no idea about.”

Hely’s netball journey began when her daughters started playing for Tai Tapu. She had never played herself, but when a Tai Tapu club team needed a coach, she put her hand up.

Hely has been a uniform co-ordinator, registration steward, vice-president, and club president at the Selwyn centre.

"Out of 32 years there has only been one year I didn’t do anything.

"I decided I would stand down from the centre, and just come in and be there with my girls, but that only lasted 12 months. I missed the friendship and the camaraderie."

When she fractured her back in an accident earlier this year, the hardest thing about her recovery was that she couldn’t show up to Saturday games.

"Six weeks after I’d done it, I got my husband to drive me so I could sit and watch the girls play.

"I really missed not going but I knew I wasn’t well enough. I enjoy my coaching, but I love watching netball.

"It’s a great sport to meet people and I’ve made some really great friends through the netball system."