‘It just hit me, it dropped me. It was tough’: Crusaders assistant coach reveals battle with Covid 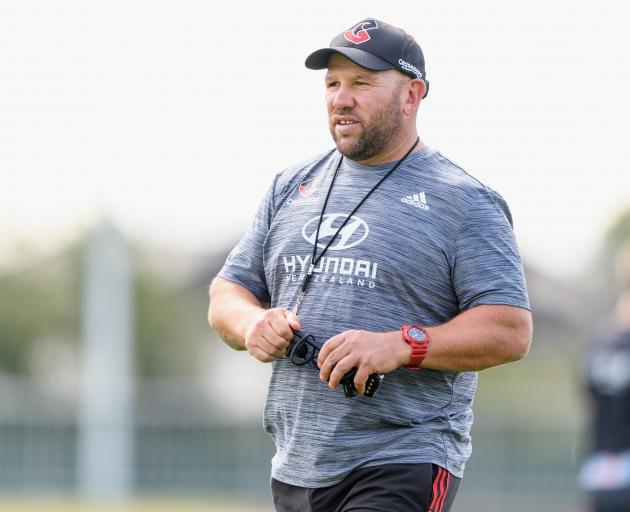 Jason Ryan. Photo: Getty Images
After agonising over whether to take up an overseas coaching assignment with Fiji in a Covid-19 dead zone, Jason Ryan grimaced as he made a chilling call home to loved ones in Christchurch.

The professional rugby opportunity of a lifetime ended up resembling a near-death experience in France for the Crusaders assistant coach, when he was enveloped in a team-wide outbreak of the contagious virus.

Ryan was far from the jovial character he typically displays during training sessions with the Super Rugby Aotearoa champions, when revisiting his close encounter with the global pandemic.

The specialist forwards coach had reservations about joining Vern Cotter’s Fiji squad for the eight-team Autumn Nations Cup, and those concerns were realised two weeks into the trip when he tested positive on November 15.

Initially Ryan brushed off the result – one of 29 positives among a tour party of 42 – at Fiji’s base in Limoges.

“I felt fine, no problem. For the next couple of days I was training with coaches, we were getting on with it, we were training from a distance, isolated and doing everything right.”

Then his health took a sinister turn.

“On the fourth day it just hit me, it dropped me. It was tough. I went through the process you read about. You lose your taste and smell.”

Ryan’s breathing deteriorated to such an extent he was taken to hospital for a heart scan, fearing the worst: “I said ‘Doc, there’s a couple of numbers here if I’m no good’.”

Fortunately the scan was clear, not that Ryan, 45, was comforted as he returned to the team hotel, under the care of the squad’s two doctors.

“I was aching and sweating at night. I felt like my body was shutting down,” he said.

A 180-game front rower for Sydenham, Ryan had been involved in plenty of collapsed scrums, but this pressure was unique.

“It was like someone was standing on your chest. Imagine you go for a big run, then someone stands on your chest and you’ve got to breathe. I could only breathe about a quarter of the way in.

“It’s hard to explain. It was the hardest time of my life, and the hardest part was facetiming family at home.”

After a couple of updates with Cath and the kids, Ryan curtailed face-to-face contact:

Ryan’s plight also prompted him to second guess his decision to tour, again.

“Getting on the plane to the other side of the world is probably one of the toughest things I’ve ever done. I nearly stayed at home. A big cloud came over me, I’m thinking: ‘What am I doing here?’ Wales and Scotland were still in lockdown,” he said.

“When we were walking through customs in Auckland there was nothing open, no duty free nowhere to eat and here we are getting on a half-full plane to Dubai.”

During recovery Ryan was given reassurances by medical staff and techniques to aid his oxygen intake, though he still fretted in isolation.

“They said in a couple of days you’ll be fine, your body is fighting it naturally, and I just didn’t believe it,” he said

Thankfully, the prognosis was accurate.

“After a couple of days I thought ‘s**t, I’ve come back now, I’m breathing’,” Ryan recalled.

Eventually only two of the tour party avoided Covid-19, and in a testament to the team’s recovery – and determination – they managed to play one test, a 38-24 win over Georgia, after forfeiting games with France, Italy and Scotland. 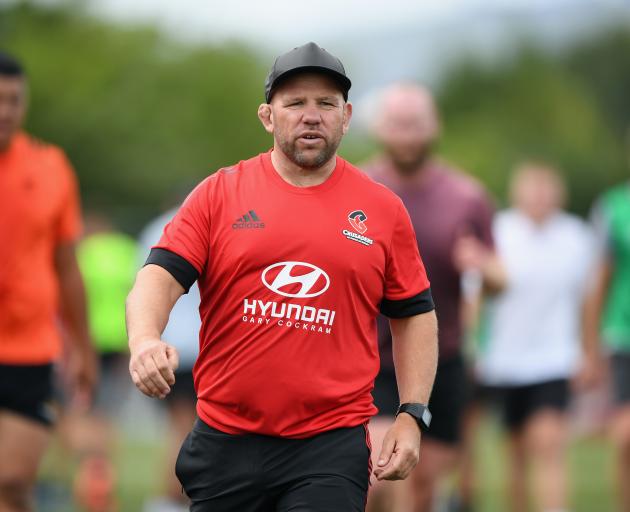 After recovering from a serious case of Covid-19, Crusaders assistant coach Jason Ryan is back in the secure confines of Christchurch. Photo: Getty Images
That victory at Murrayfield, is a particularly proud achievement for Ryan, who has enjoyed multiple successes alongside Scott Robertson.

“We went through some tough times together. We wanted to have a great week (before Georgia) and we did. I’m sure some resilience genes grew over that time,” said Ryan, who is contracted through to the 2023 World Cup, in France.

Ryan had a final Covid-19 test before flying home and received the ‘negative’ he had been praying for while in the departure lounge at London’s Heathrow airport.

Safe back in New Zealand, Ryan completed a fortnight of managed isolation in Auckland before an emotional reunion with Cath and their teenagers Olly and Emma three days before Christmas.

“It was unreal, Cath was unbelievable when I was away. It reiterates the importance of family and your support network,” he said.

“They (the kids) knew what was going on but Cath (released) the information quite well I think. Mum and dad knew I was pretty sick too, but they probably didn’t know how sick.”

Ryan was grinning again at Crusaders training last week, cajoling the pack, relieved to get back to normalcy.