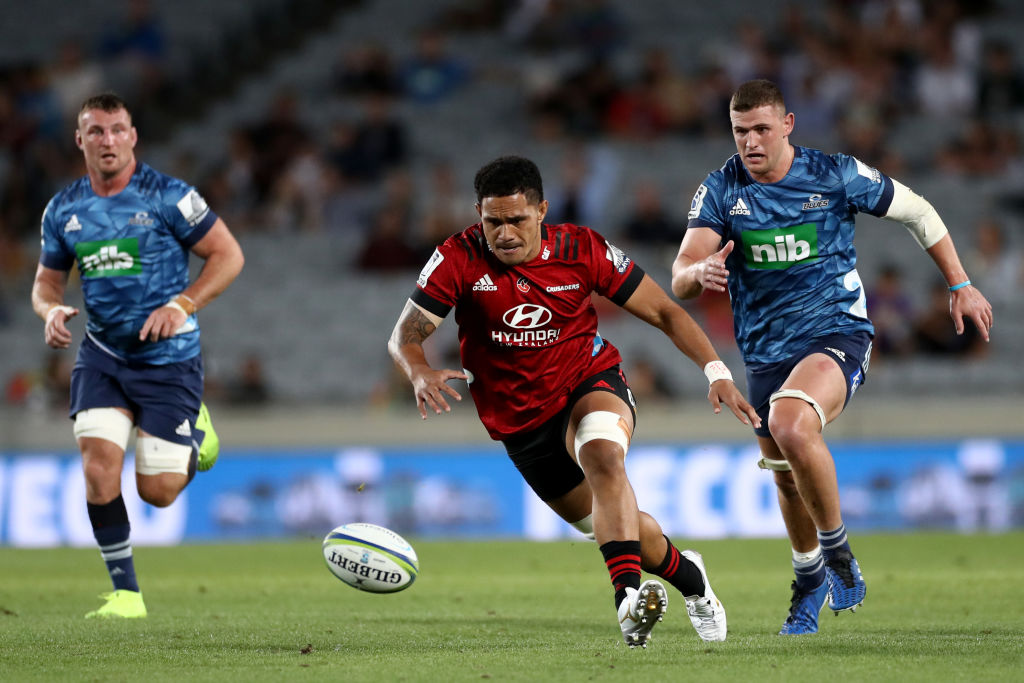 Photo: Getty
The Blues have diverted slightly from their established winning formula in favour of an extra playmaker for Saturday's titanic clash with the Crusaders in Christchurch.

In one of two changes to the starting XV, first-five Harry Plummer will make his first start of Super Rugby Aotearoa, having been named at second-five for their trip south. He will don the 12 jersey in place of TJ Faiane who drops to the bench.

In a clear indication of the importance of the kicking game on Saturday, it offers the Blues a third option with the boot as Plummer joins Otere Black and Beauden Barrett in the backline, who maintain their spots at first-five and fullback respectively.

The selection also mirrors the triple-playmaker approach coach Leon MacDonald elected for in the side's away win over the Bulls earlier in the year.

Plummer boasts a good amount of experience at second-five. As well as the victory over the Bulls, the 22-year-old made appearances in the midfield against the Chiefs and Hurricanes in the initial multi-country competition.

Plummer also came off the bench in place of Faiane in two of the Blues' three victories to open the current competition.

Alluring selections aside, forwards coach Tom Coventry says the Blues are keeping a level approach for their biggest challenge of 2020.

"We're just keeping our heads clear, making sure we keep our feet on the ground. We understand it's a big challenge, going down to Christchurch." 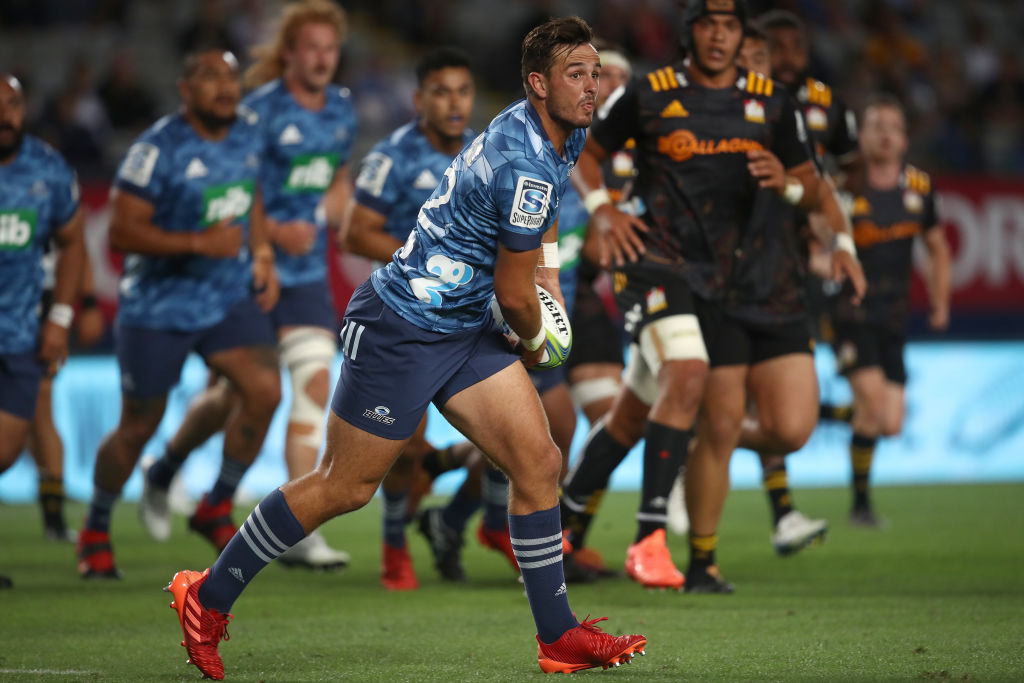 Harry Plummer. Photo: Getty
Coventry wants his side to be more clinical.

"[We need to] make sure that when we've got possession we can look after the ball. The two tries [conceded] against the Highlanders just came off the back of maybe little lapses in concentration. One came from a quick throw-in and the other one came from a kick to the edge which went the wrong way."

Both sides are unbeaten through four weeks, but it is the Crusaders with the clear advantage in recent matchups. The red and blacks have won 11 straight, and 14 of the last 16 against the Blues.

Having gone 35 straight undefeated at home, it makes it a near-impossible feat to topple the Crusaders in their own backyard, but veteran hooker James Parsons says the magnitude of the fixture has not changed their approach.

"I think it would be disappointing if it did. I'm a big believer in consistent prep gets consistent performances. It's no secret, it doesn't matter who you're playing you just got to make sure you know a bit about them, but nail our stuff. We've got that prep right I believe."

Crusaders team to play the Blues:

Blues team to play the Crusaders: