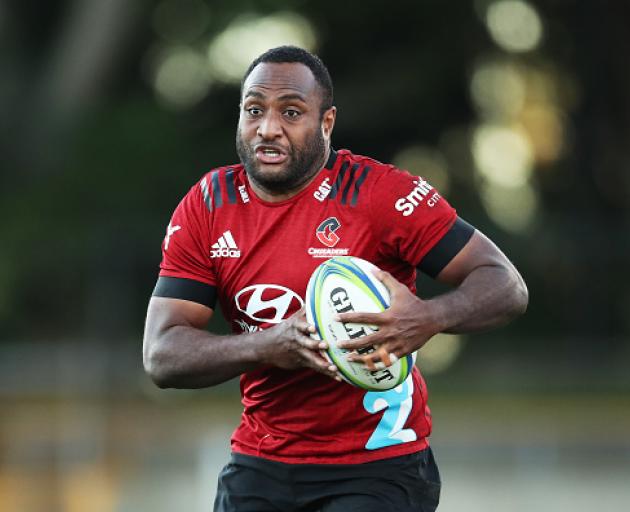 Manasa Mataele. Photo: Matt King/Getty Images)
The Flying Fijians have announced a 33-man squad to compete against the All Blacks next month.

Fiji are set to play back to back matches against New Zealand in Dunedin on July 10, and again a week later in Hamilton.

With a mix of experienced and young players confirmed for the upcoming games, Head Coach Vern Cotter said they need to keep things simple.

"It's an exciting squad and a perfect opportunity for the players who have been training well and the exposure within the squad against other confirmed international players will be fruitful," he said.

"We are looking forward to getting this group together and we will have to keep things simple."

Cotter has maintained the core of the squad from the Autumn Nations Cup competition with the likes of Samuel Matavesi, Peni Ravai and Mesake Doge in the front row, Leone Nakarawa, Albert Tuisue, Peceli Yato and John Dyer in the forwards while Frank Lomani, Ben Volavola, Nemani Nadolo and Kini Murimurivalu are expected to guide the backline during training.

Onisi Ratave and Vinaya Habosi who were released from the Sevens squad get their call up, with Levani Botia set to captain.

Meanwhile Semi Radradra will miss the test matches due to his club Bristol Bears playing in England's Premiership semi-final, as he will not be able to make it in time for 14 days' mandatory quarantine.

"It was difficult to put the squad firmly together until players finished their season in Top 14 and the Premiership competition," said Cotter.

"We are very happy with the mix as we have some new players who will be joining us and will bring enthusiasm... whatever happens we will get positive feedback from both games for our players to help us progress later for the World Cup in 2023."

Players and management traveling to New Zealand will be in quarantine for 14 days in Christchurch before being cleared to train as a group for the first test match. 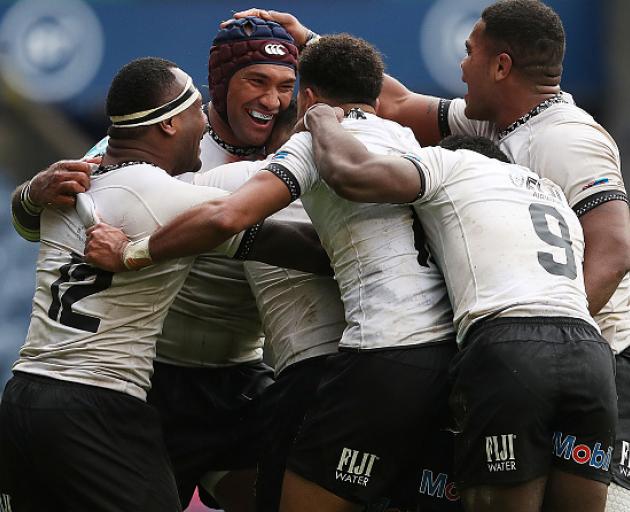 Fiji during the Autumn Nations Cup in December. Photo: Ian MacNicol/Getty Images)
Fiji Rugby General Manager Simon Raiwalui said everyone has been working hard so that the players traveling from Europe and players and management leaving Fiji this Friday don't face any difficulties in terms of Covid-19 protocols.

"Everybody has to follow quarantine protocols to be able to play rugby in New Zealand and our team headed by Chief Executive Officer John O'Connor have done a lot of work behind the scenes to organize the procedures," he said.

"World Rugby has been actively and positively helping us to get across this so there is a lot of work done so that we can get the players to travel from Europe and get to New Zealand."

Cotter said the players will be given individual training programs while in quarantine so that they can keep themselves active.

"It will be critical when they come out of quarantine so they are ready to prepare and play rugby."

"We [will be] looking for continuity from what we did in November but we have got an open mind with regards to players and how they feel after playing the whole year for their clubs."

"We will be assessing everybody individually to see how they feel [in the lead up to] the first test match," he added.

The All Blacks have played Fiji nine times before, but not since 2011 in what was the final Test match at Carisbrook in Dunedin. The first match against Fiji was in Suva in 1974, with the All Blacks pipping the home side that day 14-13.

It will be the first time the All Blacks have played back-to-back Tests against Fiji.

"The All Blacks will be very hard in the first test match but they will be even harder for the second test so we will need to be able to grow this group by keeping things simple and being together will be the main key to it" Cotter said.

"Its about kicking off from where we left during the Autumn Nations Cup in November last year. We finished on a really positive note in the United Kingdom against Georgia. We were frustrated not to play the other games because of Covid-19 and we will be looking forward to getting together and just kicking on." 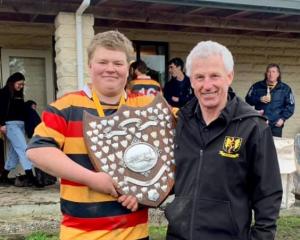 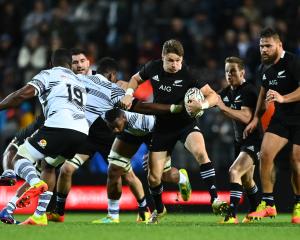