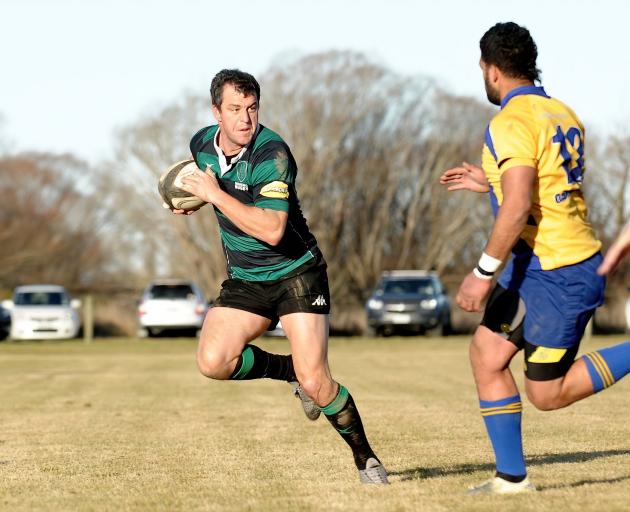 Nick McLennan has stood out for Maheno this season. Photo: Dave Boyle
Getting paid to play rugby in front of tens of thousands of people around the world sounds like the ultimate dream.

But Nick McLennan, 32, has found lacing up his boots for Maheno just as enjoyable.

The former Canterbury rugby academy and Waitaki Boys’ High School student has had quite the career.

He represented Scotland in rugby sevens and played professionally in Russia and France and for Hawkes Bay in the ITM Cup.

McLennan, who studied at Lincoln University, and his partner, former St Kevin’s College student Katie Scannell, moved back to New Zealand from France in October to be closer to family.

He thought that would mark the end of his rugby playing days, but, in a moment of weakness after a few beers with brother-in-law Robbie Smith, he signed himself up to play for Maheno in this year’s Citizens Shield competition.

“It’s really cool just to play for the love of the game, like it used to be like when you are in high school,” McLennan said.

“It’s a good bunch of boys who play hard but love having a few beers as well. 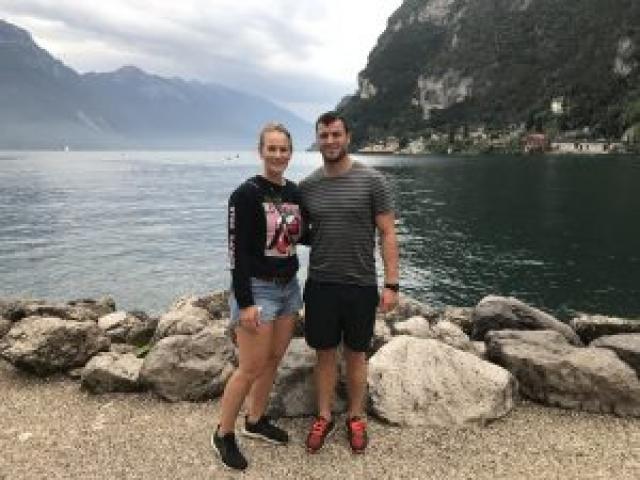 Nick Mclennan and his partner Katie Scannell made the most of opportunities to travel while in Europe. Photo: Supplied
He loved his career as a professional rugby player, but said it could be very mentally and physically draining.

“There is a lot that goes into it.

“Dealing with pressure every week, it gets on top of you sometimes, which some people just don’t understand.

“You have to turn up on Monday and be the best every time if you want to play on Saturday.”

Now working as the South Canterbury regional manager for K South, McLennan is starting his life after rugby – and he is enjoying it.

A career after rugby was something McLennan had been thinking about since he left school and went to Lincoln University to join the Canterbury Rugby Academy.

“There is a very small percentage of rugby players who can say they will never have to work again.

“If you don’t crack it from high school, if you don’t get really recognised, it’s pretty tough for those first couple of years.”

While other members of the Canterbury academy at the time, such as All Blacks Sam Whitelock and Cody Taylor, had a clear pathway through the professional ranks, McLennan had to forge his own.

Finding it difficult to break into the Canterbury squad, he played a season in Russia, for Krasny Yar, and then moved to Hawkes Bay for two seasons in the ITM cup.

From there, he was recruited to play for Pro14 team Edinburgh, at a time when the Scottish Rugby Union was recruiting eligible players for its national side. McLennan was eligible for selection through his Scottish grandparents.

While life in the Scottish capital was great, the rugby was not so enjoyable, he said. The players were more focused on the gym than on their skills, and the season dragged on for nine months, often in miserable conditions.

In 2015, he was selected for the Scotland rugby sevens team which competed in the World Series. He travelled all over the world for tournaments from December through to June.

“It was awesome; it brought my love of the game back.

“It was just nice to get the ball in my hands and play some running rugby.”

The highlight was winning the 2016 London Sevens final against South Africa. 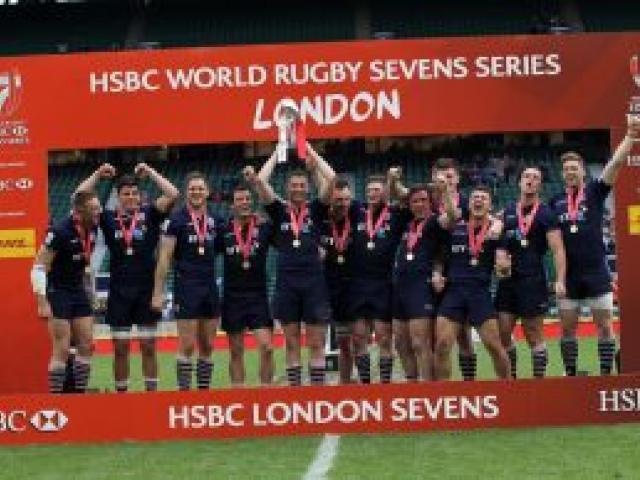 Scotland won its first World Sevens event in dramatic fashion in London in 2016. Photo: Supplied
After finishing the season in Scotland in 2018, he took up a contract with Stade Nicois in the south of France.

While the beach lifestyle was great, the style of rugby came as a bit of a shock.

“It was just big, big guys with no skill [who] loved contact.

“When you rock up to training it was baguettes, croissants, guys smoking.

“The lifestyle was hard to give up.

But with the Covid-19 outbreak a lot worse in most other parts of the world, he is happy to be back in New Zealand and enjoying one last season of rugby.