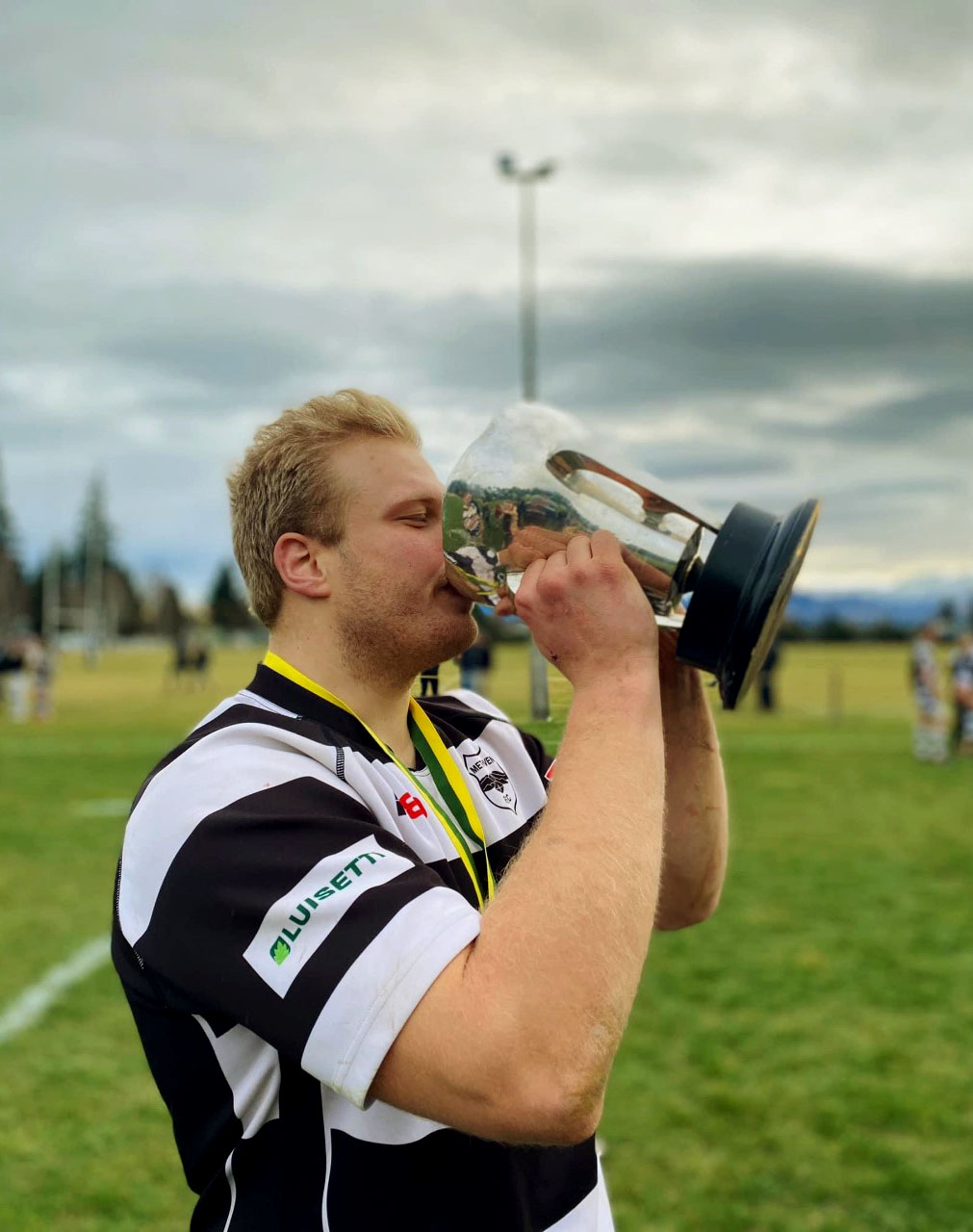 Finnish international prop Kalle Valimaki celebrated winning the Watters Cup with Methven before answering an SOS call from Sumner late last season, the club he will play for in 2021. Photo: Supplied
Kalle Valimaki has an unexpected addition to his sporting CV as he embarks on his first pre-season with new club Sumner, the promising prop was surprised to learn he is Finland’s latest rugby player of the year.

Valimaki, who spent four seasons with Methven in the Mid-Canterbury competition before targeting the step up to Christchurch’s Metro Premiership in 2021, discovered last week he was recognised in Finland’s equivalent of the Halberg Awards.

“I woke up last Thursday and I had a message from Dad (Simo) saying: ‘Congratulations my son’ and I was like, my birthday was in December’,” Valimaki said.

A quick scan of his old rugby club’s facebook page confirmed the accolade, meaning had he been back in Helsinki – and Covid-19 was not an issue – the 26-year-old would have been mixing with elite ice hockey stars, footballers and Olympic class skiers.

Ultimately the gala was scaled back so Valimaki, who works as a chef in the Arts Centre, was content to be back in Covid-free Christchurch.

“It was a pleasant surprise, I never got any heads-up,” said Valimaki, who was introduced to rugby as an 18-year-old.

He preferred indoor hockey and football before a chance meeting with a Dutch rugby player at a party, who suggested he had the build for the front row.

“I remember my first training session, it was in a horse stable in the winter because it was -25 deg C outside.

“I remember running into contact for the first time thinking this is pretty exciting. I just fell in love with the sport.”

A specialist loosehead, Valimaki’s Kiwi coach in Finland encouraged him to further his development in New Zealand and he ended up in Methven in early 2017, two years after debuting for the national side.

“I didn’t really know where Methven was but I had just finished chef school and there was nothing holding me back. I decided to go overseas to play rugby for a year and now I’m living here permanently.” 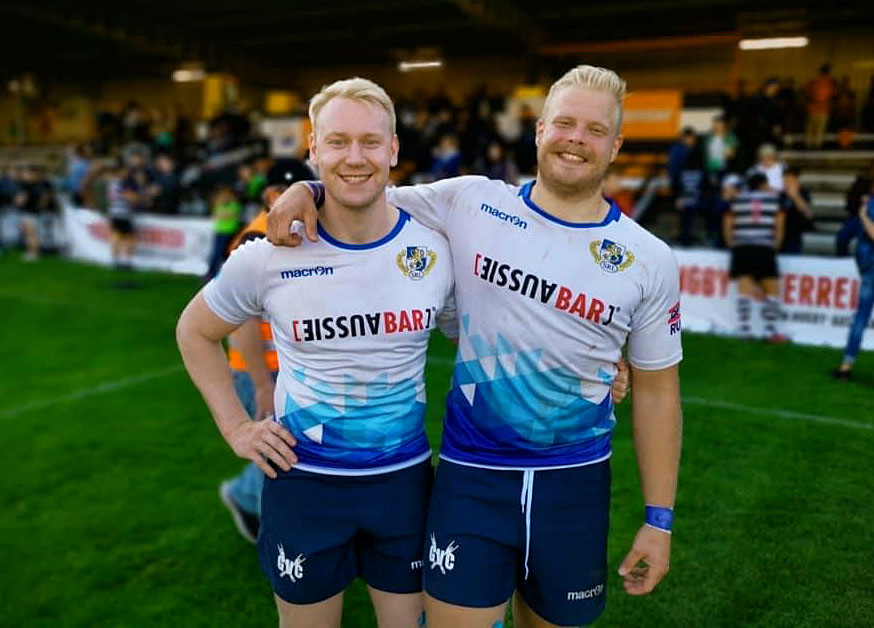 Kalle Valimaki was Finland’s latest rugby player of the year. Photo: Supplied
Valimaki has 15 caps for Finland, his most recent test was in 2019 when he was flown to Vienna for their first-ever test with Austria.

“It was a round trip in a week so I was pretty shattered, 30 hours there and 30 hours back,” he recalled.

Still, the trip was worthwhile as Finland edged the European Nations Cup clash 32-29.

Valimaki also had a memorable 2020 once the global pandemic curtailed a backpacking trip around Europe with his partner Emma Petersen.

They returned to New Zealand from Italy via Finland last March, enabling Valimaki to feature in Methven’s triumphant march to the Watters Cup.

Valimaki then learned Sumner was struggling for numbers in Christchurch’s Metro Premier grade so he made himself available at the tail end of a challenging campaign.

“I played about five minutes off the bench in Sumner’s last game against Marist Albion. Even though they had a tough season, the atmosphere was good,” he said, looking forward to contributing to a resurgence.

Work commitments limit Valimaki’s ability to catch Crusaders or Canterbury games live, though he does keep a watchful eye on premier All Black loosehead Joe Moody.

“I’ve actually met Joe, we had a bit of a chat. We’re about the same height, he’s a bit stockier, which is understandable, he’s a professional athlete. I was sort of sizing him up,” he said, acknowledging: “I’ve got a wee way to go.”