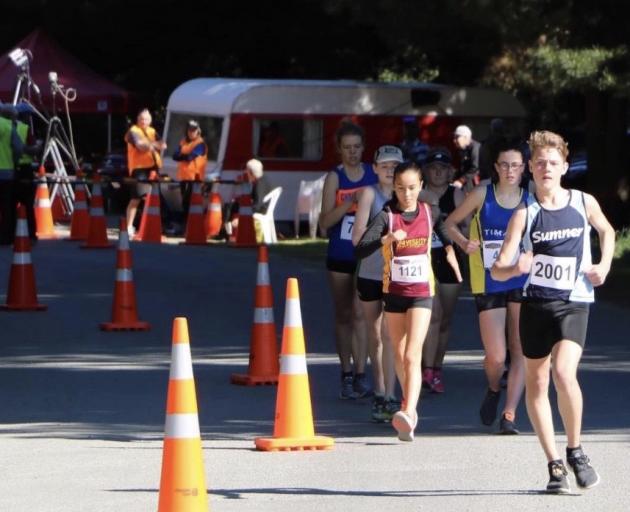 The three-day event at Nga Puna Wai Sports Hub will see more than 900 seven to 14-year-olds compete from January 17-19.

The Christchurch Avon Athletic Club will send the most athletes of any club in the city with 96.

Sumner Running Club junior co-coaches Ann Wells and Marty Lukes said they will send a small but talented team of six to the event, including four eight-year-olds.

“When they are that young, we just tell them to go out there and run fast and enjoy themselves,” Wells said.

She said 14-year-old track walker Jonah Cropp will be a favourite in the 14th grade 1600m track walk event.

Jonah won the under-18 category at the Canterbury road championships at Bottle Lake Forest in August.

She said Miriam Lemon, 10, will focus on the 400m, 800m, 1500m and high jump events after switching her focus from cross-country to the track.

It is the first time Christchurch has hosted the event since 2008.

Wells said it was great to see it back in the city.

"My kids competed without a track like this so to host this event is a big milestone for athletics in Canterbury.”

More than 980 athletes from 66 clubs will compete over the three days.

Christchurch clubs and the number of athletes competing: