Trainer aims to get ringside at Olympics 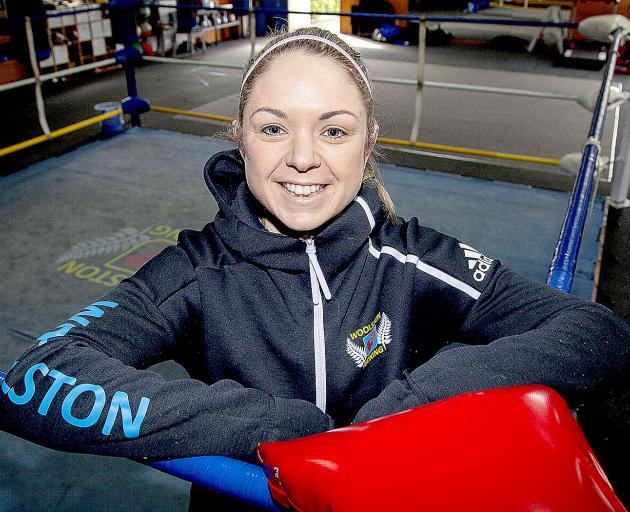 The 32-year-old started boxing to stay fit when she was a Canterbury tennis representative and national football trialist 14 years ago and fell in love with the sport.

Sullivan is the only woman in New Zealand who is an internationally qualified trainer, which means if Woolston-based Olympic boxing prospects Tegan Clark or Trevor Swainson make the New Zealand team, she will be Tokyo-bound with them.

“Both of them are on the Olympic prospects list and so if any of my boxers get in, because I’m a woman with the qualifications, they want a balance of male and female managers and chaperones there.”

“I’m currently a star one international licence coach and there’s a chance I’ll have to sit my star two beforehand.”

The prospect of two of her boxers competing at the New Zealand trials in March will mean a different structure over the summer months.

“I’ve told Tegan and Trev that they’ll box up until the end of November and then have the whole of December off.

“They need a rest month and with the trials in February/March they’ll need a six-week, well-conditioned programme by that time.

Sullivan said she started training at the Woolston Boxing Club gym once a week about the time she purchased her first house at the age of 18 on Mackworth St.

“I started going once a week under Steve Henry . . . and I asked if I could fight and he said that I could start turning up more if I wanted that and I thought it was fair enough.”

It wasn’t until she hurt her shoulder in a bout – which led to three surgeries and a nine-year absence from that ring – that Sullivan considered coaching.

Over the past decade, she and a group of dedicated volunteers have built the club’s numbers up to more than 60, including 23 who are allowed to box competitively. In spite of her success, Sullivan said she is too busy looking forward to look back.

“There’s so much going on right now and so much I’m looking forward to that I’m more excited about the future.

“Certainly to see how far we have come is unreal but I was lucky with the foundation that was here when I first started.”