By Bea Gooding
0 Comments
Only one new case has been reported in Canterbury over the last 24 hours, with the region's total now standing at 53.
At Thursday's update, Director-General of Health Dr Ashley Bloomfield announced 89 new confirmed and probable cases in New Zealand, bringing the national total to 797 cases.
Canterbury remains seventh behind the Southern, Waikato, Auckland, Waitemata, Capital and Coast and Counties Manukau district health board areas.
Thirteen people are receiving treatment in hospital, and two remain in ICU - all of which are in a stable condition. Since last Sunday, there have been no more Covid-19 related deaths to date.
Dr Bloomfield said the majority of cases were still linked to overseas travel, including their close contacts. About 1 per cent of cases were still considered community transmission, but he expects that number to increase.
"A further 17 per cent of cases are still being investigated, and we fully expect that many of those will transpire to be community transmission," he said.
He also said over the last 24 hours, 2563 tests were undertaken, reaching a total of 26,000 tests overall. Testing is expected to ramp up in the coming days.
Police Commissioner Mike Bush joined Dr Bloomfield in today's update, marking his last day in the role and will continue to work in the Covid-19 committee.
He thanked Kiwis who were complying with the lockdown rules, after admitting this morning that not enough advice was given to New Zealanders in regards to what they can do during the lockdown.
He said more police staff were deployed to encourage people to do the right thing, but if that was not enough, "there will be an enforcement follow up." 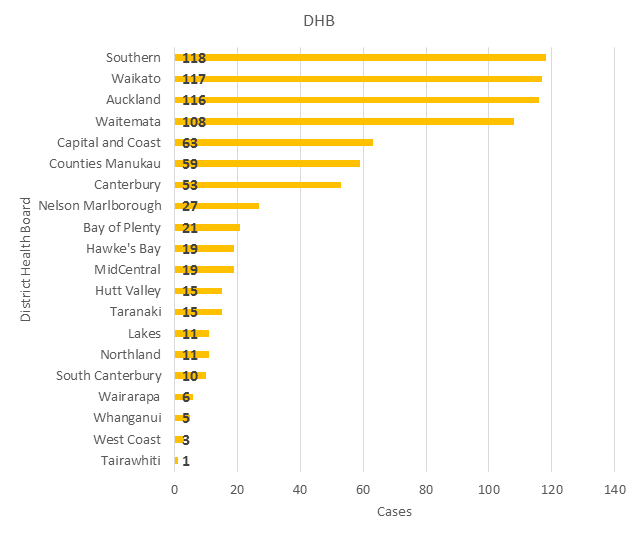