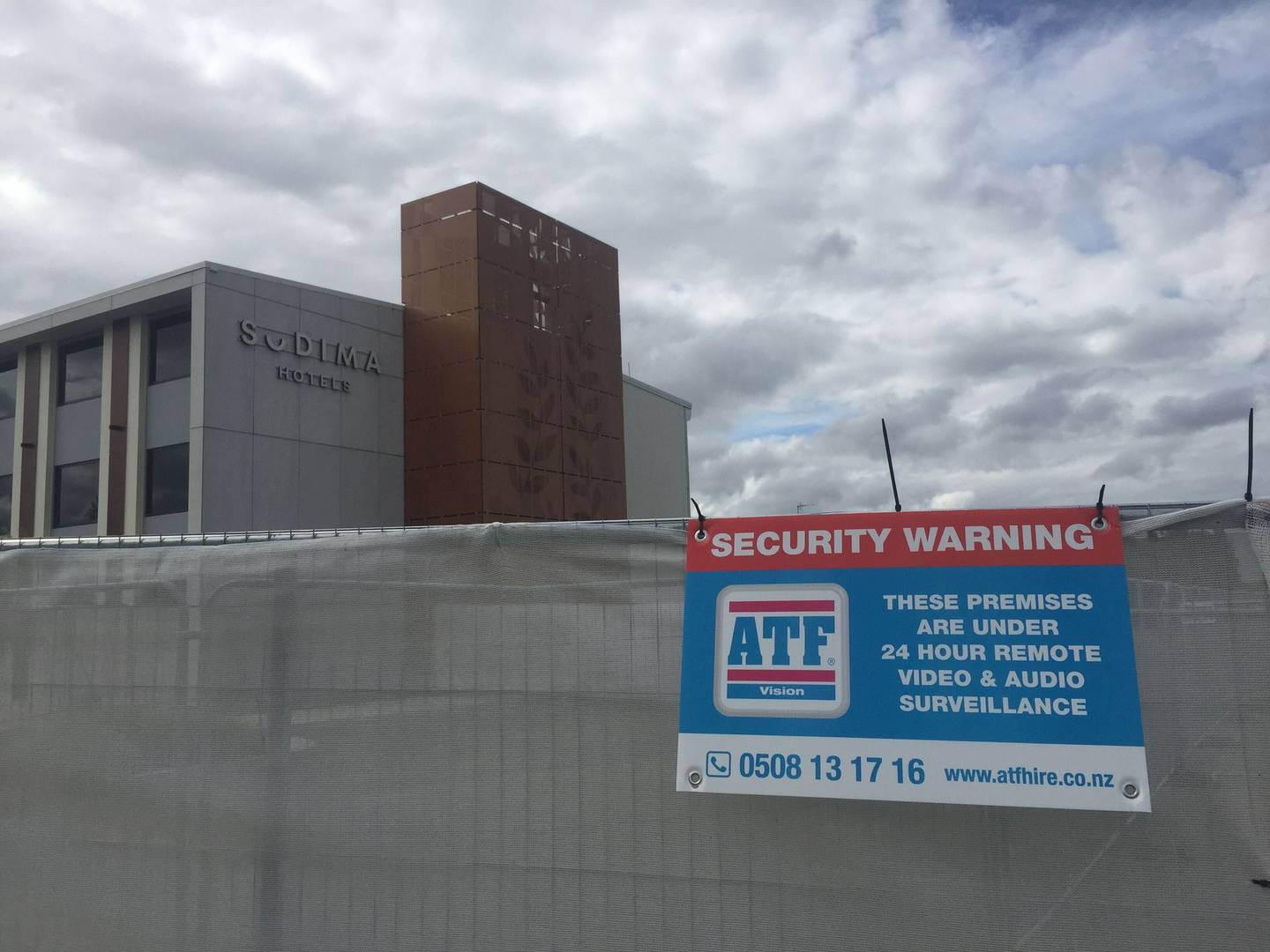 Police and health officials can be seen at the quarantine facility this afternoon. Photo: Kurt Bayer / NZH
Eleven international seamen have tested positive for Covid-19 while in a quarantine hotel in Christchurch, despite testing negative before boarding a charter flight into New Zealand.

Another 14 cases are "under further investigation", the Ministry of Health confirmed this afternoon.

The cases were detected during routine day three testing and none involved cases in the community. The ministry said said the positive cases are part of a group who are the only people staying at the Christchurch facility.

"All relevant public health measures are being taken. At facilities, strict infection, prevention and control processes are followed to minimise the risk to public and staff.

"The positive cases are part of a group who are the only people staying at this facility. This is an example of our border controls working as they should."

A total of 440 fishermen from Russia and the Ukraine are staying in quarantine in the managed isolation facility. 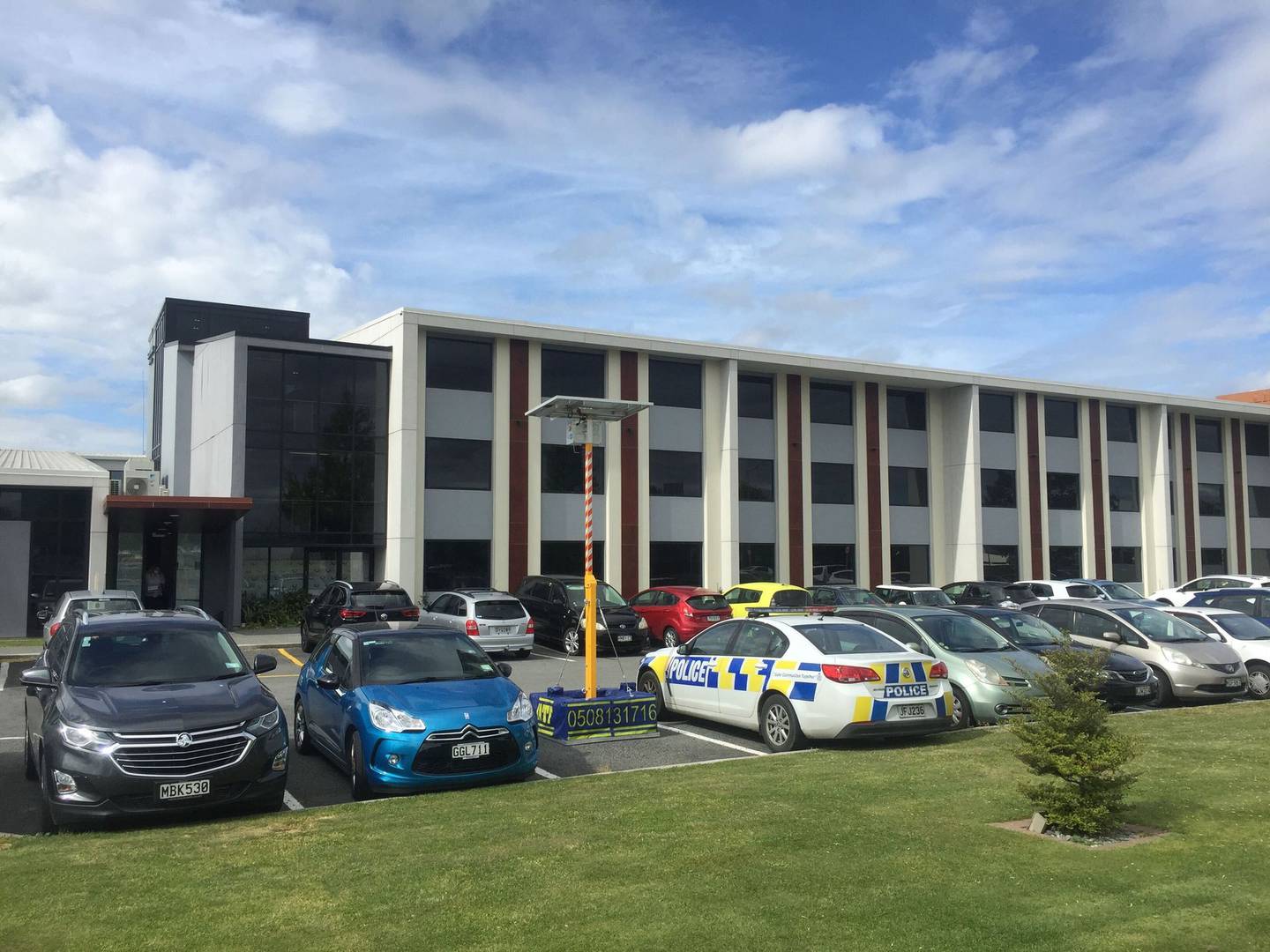 Officials have confirmed 11 positive cases at the Sudima hotel quarantine facility. Photo: Kurt Bayer / NZH
Sudima Hotel, near the city's airport, was placed in lockdown this afternoon after a staff member told chief operating officer Les Morgan there were a "number of infections".

Morgan told Newstalk ZB he had been told there are "a significant number of potential cases" of Covid-19, limited to hotel guests in isolation.

Morgan said he understood many were from Russia, but could not confirm that any of the men were from Ukraine.

"They're the only guests at the hotel and they've been model guests.

"All I was told this morning is that there were a significant number of possible infections and the hotel had to go into immediate lockdown," he said.

Morgan said speaking to staff members at the hotel had given him the sense the situation was contained and staff were comfortable with the policies in place to manage the outbreak.

"I'm certainly a little concerned of course, but I have a lot of trust and faith in the procedures the Government has put in place."

Morgan said he was awaiting a briefing for staff from the Ministry of Health and couldn't say more on the matter.

This afternoon, police were at the quarantine facility and Canterbury District Health Board staff were seen coming and going in face masks. A security fence surrounds the hotel.

The Government's head of managed isolation and quarantine, Air Commodore Darryn Webb, said late this afternoon the Sudima was well set up to contain the Covid-19 cases.

"As a precaution, the facility has been locked down with guests confined to their rooms while preparations for quarantining is undertaken.

"Additional security and nursing staff will be deployed and a special staff testing station will be established. This is to ensure safeguards are in place for staff and returnees."

The Sudima staff did not work at other sites, Webb said.

"Facilities also have their own specific security processes. This includes preventing entry of members of the public, minimising resident movement throughout the facility, maintaining resident safety and ensuring physical distancing is maintained."

The fishermen are believed to have arrived in Christchurch from Moscow via Singapore on Friday.

Fishing companies had chartered two flights to bring the seamen to this country and are also footing the costs of a 14-day managed isolation for the crew members.

The international seamen are employed by three fishing companies: Sealord, IFL and Maruha.

The companies issued a joint statement saying that detection of the infected crewmen showed that control measures at the border were working.

"Our current concern is the health and welfare of our fishers with Covid-19, however we are reassured that MIQ [managed isolation and quarantine] has all the right protocols in place and they are in good hands.

"At this point we are not sure what the impact will be on our fishing companies, however we fully understand and are supportive of all actions required to avoid Covid-19 transmission in the community," the companies said.

"Any additional cost in management of these cases will be borne by the fishing companies, not the NZ taxpayer."

"All crewmen tested negative. This pre-flight test was beyond what the Government required. While we await to see how many cases there are, the fact that they were all detected in quarantine shows the system is working well."

Bringing the specialist crew into the country was a lifeline for them as they couldn't keep Kiwis employed in processing plants if they can't fish.

Welcome packs were being translated into Russian and the fishing companies were paying for translators as well as chartered flights and room costs.

Earlier, the Ministry of Health released a statement at 1pm advising there was one new Covid case today, in managed isolation.

The new imported case is a person arrived on October 7 from Kenya via Dubai. They tested positive around day 12 pf their stay and have been transferred to a managed isolation facility in Auckland, it said.

A Ministry of Health spokeswoman said crew who fly into New Zealand and have a few days before they are due to board are taken straight from the airport in organised transport with a driver in PPE to a managed isolation facility.

"They isolate at the isolation facility with no interaction with other guests or the community. Once it is time to board the vessel they are driven directly to the Port."