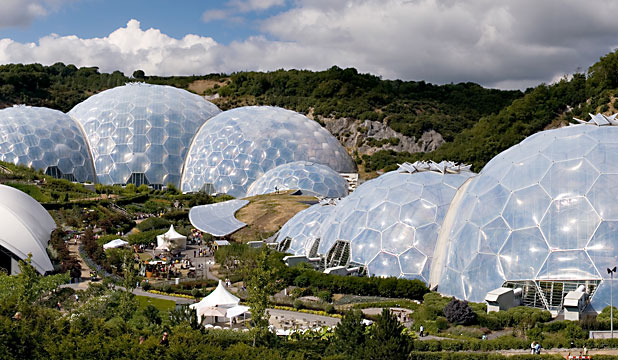 The Eden Project in the UK has brought in more than 13 million visitors and $20 billion since it opened in 2001, and the creators are looking at building something similar on red zone land here. Photo: Supplied
A UK-based environmental charity has received fresh investment for its work on a feasibility study for a new attraction on the banks of the Avon River in Christchurch.

The Eden Project received a $152,500 inward investment gran from New Zealand Trade & Enterprise which will contribute towards the cost of the feasibility work.

The study is being conducted by Eden Project International, the global wing of the project whose ambition is to create transformative projects on every inhabited continent.

Eden is working with Christchurch City Council, the Eden Project NZ Trust and other local organisations, supporters and stakeholders to prepare the feasibility report.

The study is the next step in a process which began more than four years ago when the Eden Project began work in Christchurch. It builds on the work already completed on the project in that time and draws on Eden’s experience developing projects around the world.

Eden Project New Zealand will be based at the Avonside Loop in Christchurch which now forms part of the wider Ōtākaro Avon River corridor.

It would include a multi-sensory visitor destination and new neighbourhood.

Like every Eden Project around the world, Eden Project New Zealand will be regenerative with an overarching theme of humanity’s connection to the natural world.

The original Eden Project, located near St Austell in Cornwall in south-west England, opened in March 2001 and boasts the world-famous geodesic Biomes, one of which houses the world’s biggest undercover rainforest. 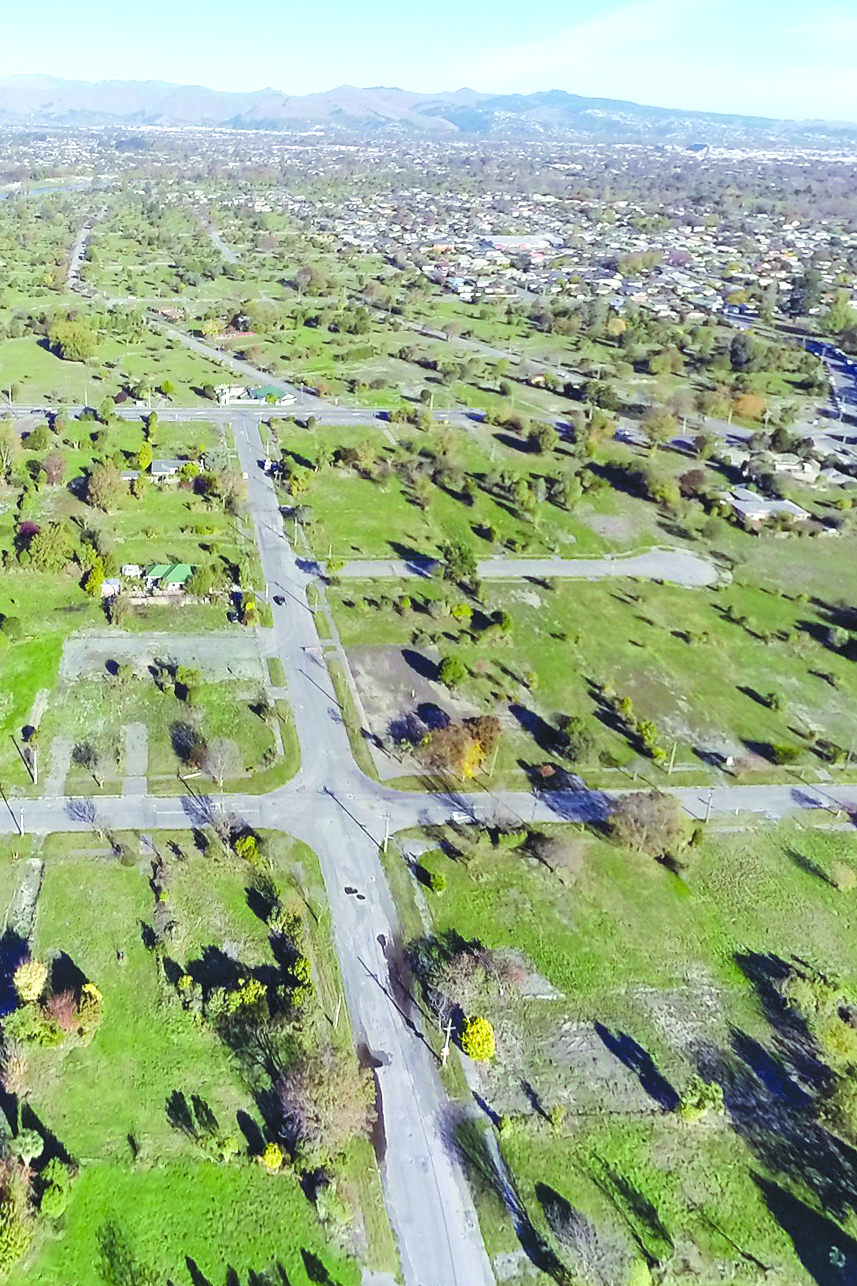 Part of the Christchurch red zone. Photo: File
Eden in Cornwall has welcomed more than 22 million visitors since opening and has generated more than £2bn for the regional economy.

David Harland, chief executive of Eden Project International, said it is committed to working with mana whenua. The project is currently working to establish the appropriate tikanga, and have been working with Matapopore Charitable Trust on the narrative framework.

“We’re very excited to be taking the next step towards making this amazing project for Christchurch a reality.

“This feasibility study will help us develop ideas for the project and work with organisations and people in Christchurch to make it a truly world-class destination and we’re grateful to NZTE for their investment. We couldn’t have reached this important milestone without the continued support, fortitude and unwavering ambition of the Eden Project NZ Trust.

“This year has seen much of the world adjust to unprecedented changes to our way of life. It has been an undeniably difficult time but many people have also found new appreciation and respect for the natural world around us. The Eden Project is perfectly placed to harness this and inspire positive transformation in communities around the world.”

NZTE general manager of investment, Dylan Lawrence, said the grant was to accelerate the feasibility study, which will determine the structural and economic feasibility of the project.

“NZTE has a Strategic Investment Fund for just this purpose, to provide support for committed investors who want to bring innovative, long-term projects to fruition. The Eden Project would add a major asset to Christchurch and New Zealand, and be an important part of the recovery of our tourism industry," he said.

“The Eden Project sponsor estimated that the project may create 100 jobs during construction, and an operating Eden Project Christchurch could generate 150 direct jobs and support 1,200 indirect jobs, as well as up to $2 billion of economic impact in the community.

“And its regenerative and sustainability focus are well in line with New Zealand’s focus on kaitiakitanga, where this nation cares for people, place and the planet over generations.”

Eden Project New Zealand will be part of a global sisterhood of projects, all inspired by the original Eden Project in the UK. Eden’s ambition is for its projects around the world to work together, share local knowledge and tackle big issues collectively.

Other destinations for proposed Eden Projects include Australia, China, Costa Rica and several projects in other parts of the UK.