The 28-year-old man was seen approaching the store wearing a hoodie and a face mask. Photo: CCTV
A masked, axe-wielding offender has been arrested after he was caught on CCTV breaking into a Canterbury computer store the morning of the owner's wife's funeral.

On Friday, November 15, at about 6am, a man on a bike wearing a black hoodie and white face-mask was seen loitering around the Canterbury Computer Service's front door in Rangiora.

In CCTV footage released to the public, the thief was seen looking through the windows and scoping out the store for more than five minutes before returning to the front door.

The offender then pulled an axe out of his pants before smashing the glass door and entering the store. 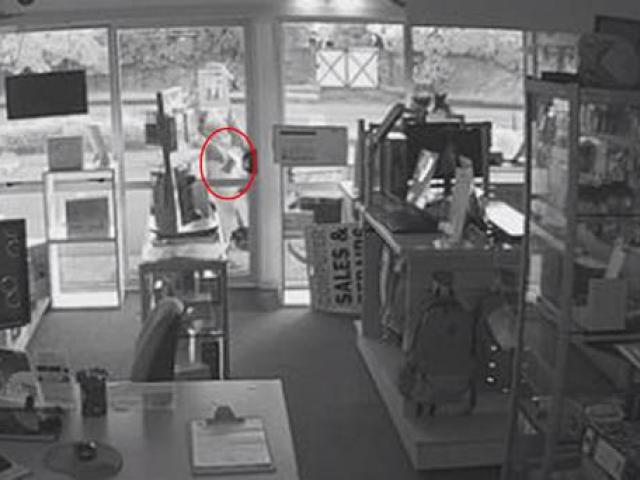 The offender was seen pulling an axe out of his pants before smashing the store door. Photo: CCTV
Footage shows the offender rummaging around for goods before taking off with two computers.

He was seen cycling away with an ASUS LA1213 Laptop and an Acer Travel Mate notepad.

Canterbury Computer Services posted the CCTV footage to social media and revealed the attack happened the day the owner's wife and business partner was laid to rest.

According to the company, the stolen computers were recovered by police but were damaged. 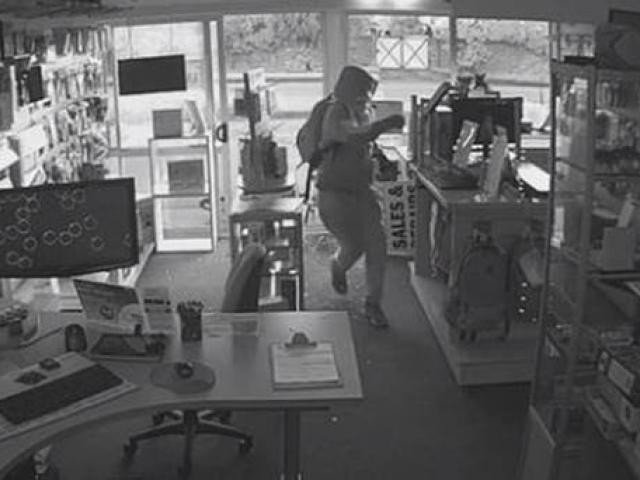 The man enters the store and takes off with two computers. Photo: CCTV
Police told the Herald the offender was arrested and charged with burglary.

"Police received a report of a burglary at an address on Percival St at 9.18am on 15 November.

"The offender escaped with laptops but was arrested on 18 November.

"A 28-year-old man will appear in Christchurch District Court on Wednesday charged with burglary."