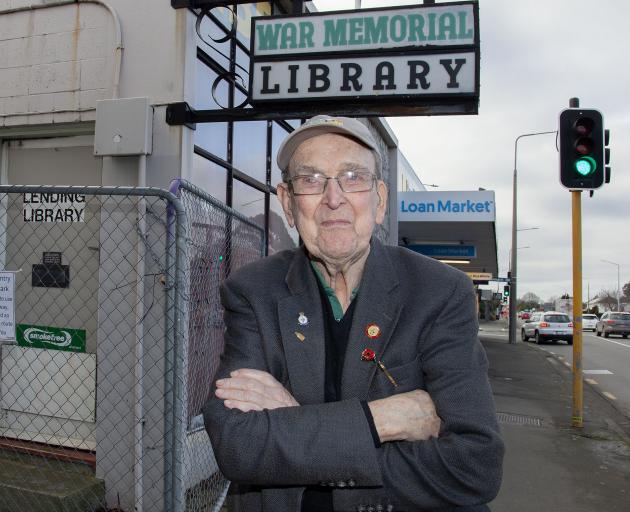 Arthur Woods does not want the war memorial library building to be demolished. Photo: Geoff Sloan
Remembering those who have served in the armed forces is a personal matter for 91-year old Upper Riccarton War Memorial Library life member Arthur Woods.

At a library trust meeting the option of demolishing the building, deemed earthquake prone in 2018, was considered, although no decision was finalised.

“It was a big disappointment for me to reach this point,” Woods said.

“I lost a favourite brother in December 1940, he was lost at sea, an Italian submarine sunk him.”

His brother John often took him to the cinema when he was a child in Liverpool, as children had to be accompanied by an adult.

Woods’ father served in World War 1. Other wars, such as the Vietnam War, were also important to remember, he said.

“I have a strong feeling for all the boys who went to war, many who didn’t come back.”

Opened on March 19, 1919, the library was the first of seven war memorials to be built in New Zealand.

Although the Christchurch City Council closed the library in October 2017 after an engineering assessment raised concerns about its structural strength, it continued to run from another part of the property for about a year.

Woods moved to New Zealand in 1952 and has been involved with the library since about 1960, he said. As a builder, he had done odd jobs at the library when they were needed. 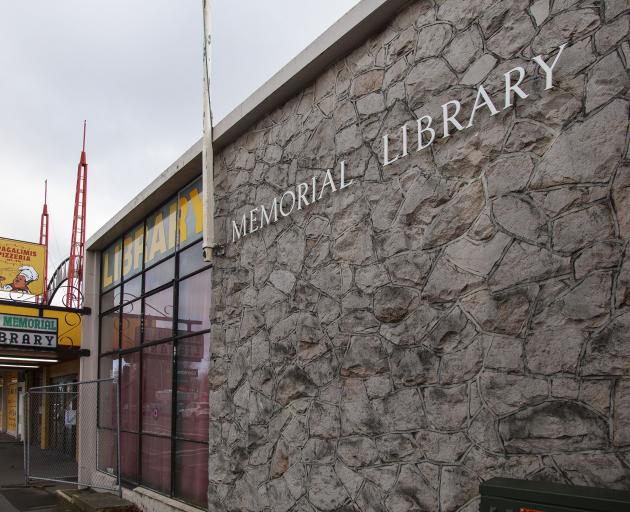 Opened on March 19, 1919, the library was the first of seven war memorials to be built in New Zealand. Photo: Geoff Sloan
He also joined the trust that oversaw the library operation, even serving as chairman for a period until 2014. Woods is unhappy with the prospect of demolishing the building, which he believes should be repaired.

“There was very little required to be done. The fact is they haven’t the money to spend on it.”

Trust chairwoman Aynslie Walter also said there was no funding to make repairs.

“This was a meeting to discuss ideas,” Walter said.

She was disappointed by the low turnout at the meeting but still wants hear from contributors before the trust and council come to a combined decision on the building’s future, she said.

She thought it was unlikely the library would be revived, especially given user numbers were very low when the library operated from its annex. However, there was “always hope.”

She did not think it was likely the building would remain standing because there was a lack of funds and support to revive it.