'Biggest rain event to hit Christchurch since the Wahine storm' 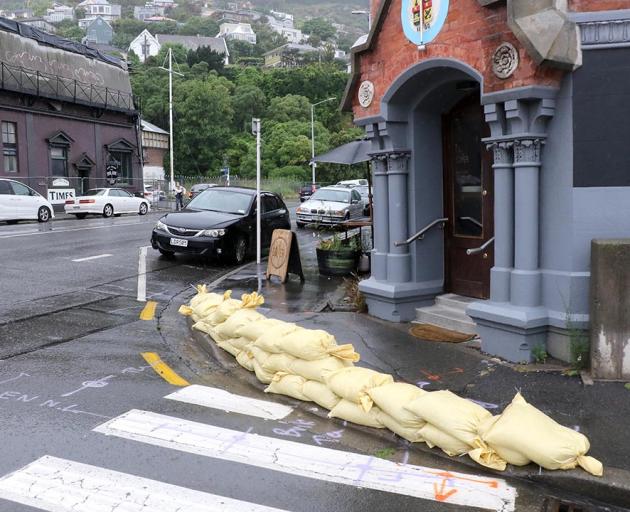 An orange rain warning in place for the Canterbury Plains, north of the Rangitata River, including the foothills and Christchurch until 6am on Thursday. The Metservice has warned that Christchurch and Banks Peninsula should expect 90mm to 140mm of rainfall.

"We are expecting up to 160mm of rain over the next 24 hours so it is likely there will be surface flooding in many parts of our district, Christchurch City Council's Head of Three Waters Helen Beaumont said today.

"The forecasts have been changing throughout the day but this is shaping up to an extreme rain event - it could be the biggest rain event to hit Christchurch since the Wahine storm in 1968.

Photo: Newsline
"If we get as much rain as is currently forecast, there will be widespread flooding because our stormwater network is not designed to cope with this much rain.

"The most intense rain is due to hit Christchurch and Banks Peninsula between 8pm and 11pm tonight," she said.

"Fortunately, that coincides with low tide, but we are still expecting there to be widespread flooding.

"If you live in a low-lying area, we advise you to start preparing your property now for potential flooding."

Civil Defence teams were on stand-by in case they are needed and any homes need to be evacuated.

Photo: Star Media
Council contractors were working across the city monitoring the roads and the stormwater network and would close roads if flooding occurs.

"Public safety is our number one concern and tonight is not a night to be on the roads if you don’t need to be, " Beaumont said.

"If you do need to be on the roads, drive slowly and avoid driving through flood waters if possible.

"If you have to drive through ponded water, go as slow as possible so that you don’t push water onto people’s property, causing damage.

"It’s likely there will be some wastewater overflows as a result of all the rain so treat all flood water that you come into contact with as potentially contaminated."

Stormwater storage basins upstream of the Heathcote River, which are designed to ease the pressure on the rivers, were likely to reach capacity overnight, she warned.

"It is likely that tomorrow morning water from the storage basins will need to be released into the Heathcote, which will cause a rapid rise in the water levels. We will control the capture and release of water to reduce the severity of flooding along the river corridor over the next 24 hours.

"People living along the Heathcote should expect some flooding across the roads and onto their properties, and that may increase when we release water into the river.

"People living near any of our waterways should not park their cars overnight on the streets that are vulnerable to flooding."

Any residents with concerns about flooding on their property should contact the council on (03) 941-8999. If anyone has concerns for their safety, they should call 111 immediately.