'Build them where they are needed': Calls to stop housing intensification

The vast majority of residents want Christchurch City Council to halt its plans to intensify housing in the suburbs.

A report, accessed by the Riccarton Bush - Kilmarnock Residents’ Association, collated more than 700 comments received in response to the city council’s move to plan for residential intensification in Christchurch.

Nearly 75 per cent of people opposed the proposed plan to get rid of city resource consents for those wanting to build housing over 12m high. 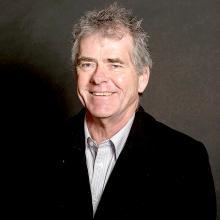 Tony Simons.
Reasons for their opposition ranged from reduced sunlight and warmth for neighbouring homes to disharmony amongst communities, worsening traffic flow, decreased neighbourhood aesthetics, and the environmental effect.

Residents’ association chair Tony Simons said the right to sunlight, privacy and the protection of the trees was at risk.

“There’s multiple reasons why intensifying in the suburbs is not a good idea,” he said.

In a number of responses, residents suggested the city council should begin in the central city before, if required, developing the apartment buildings in the suburbs.

“You should be intensifying where it’s most appropriate,” said Simons.

“So, at the moment, that would seem to me to be you start in the centre.”

The report stated the development “was seen as a unique opportunity ... because the impact of the Christchurch earthquakes has left a large amount of vacant land still available for development in the central city”.

“Increasing the number of central city residents ... would then increase the city’s vitality, business opportunities and safety from having more people on the streets,” the report revealed.

Another issue with the proposed plan was the zoning of qualified matters; areas of a historic or character value, or areas where homes should not be built on the land because it is high risk.

Simons noted a significant part of the area around Riccarton Bush was likely to be zoned for six stories instead of only three.

“Our argument around Riccarton Bush is that area really should be designated and given some protection because it is old Riccarton ... the original settled part of Christchurch,” he said.

Though the council is bound by national legislation to provide more housing, it is able to work with residents a little and designate areas to be qualified matters.

Comments were generally in favour of the areas suggested by the council, but the majority suggested they needed to be increased.

The council’s proposed plan stated there would need to be over 50,000 more homes built in Christchurch over the next 30 years to ensure everyone has a place to live and to keep up with national laws.

The city council is holding a further meeting on August 11 to formalise residents’ concerns.

“All we’re saying is if you need more houses, build them where they are needed, not just have a kind of one size fits all policy which colours the entire district.”