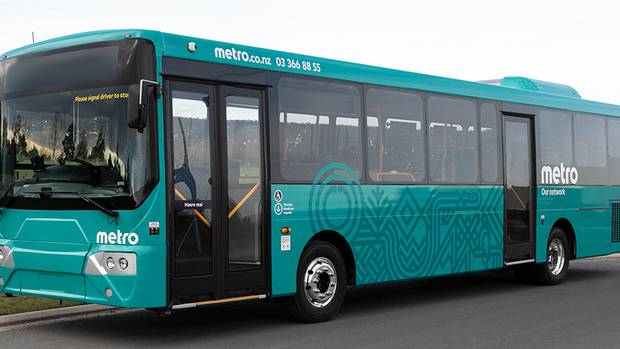 Environment Canterbury unveiled the new teal bus designs last week as work to replace 100 buses - about half the fleet – ramped up.

Research had found a lack of clarity around what public transport was available in Christchurch, and the new single look was believed to be part of the solution.

At the time the new look was revealed Ecan said it could not yet release the cost of the redesign.

Stewart Gibbon, Ecan's public transport senior manager, said the cost was in the context of the council's new $61.4 million per annum bus contracts.

"Within this is a multimillion-dollar investment by our operators in a new fleet of buses being built now – our new buses cost from $450,000 to more than $800,000 to build depending on size and whether they are electric or diesel.

"That means now is the right time to introduce a design look that our network will carry for many years."

Gibbon said the introduction of Metro's new fleet of buses supported the local economy through local bus building and painting.

"The changes are consistent with best design practice around New Zealand and the world. Most public transport operators now operate with a single livery."