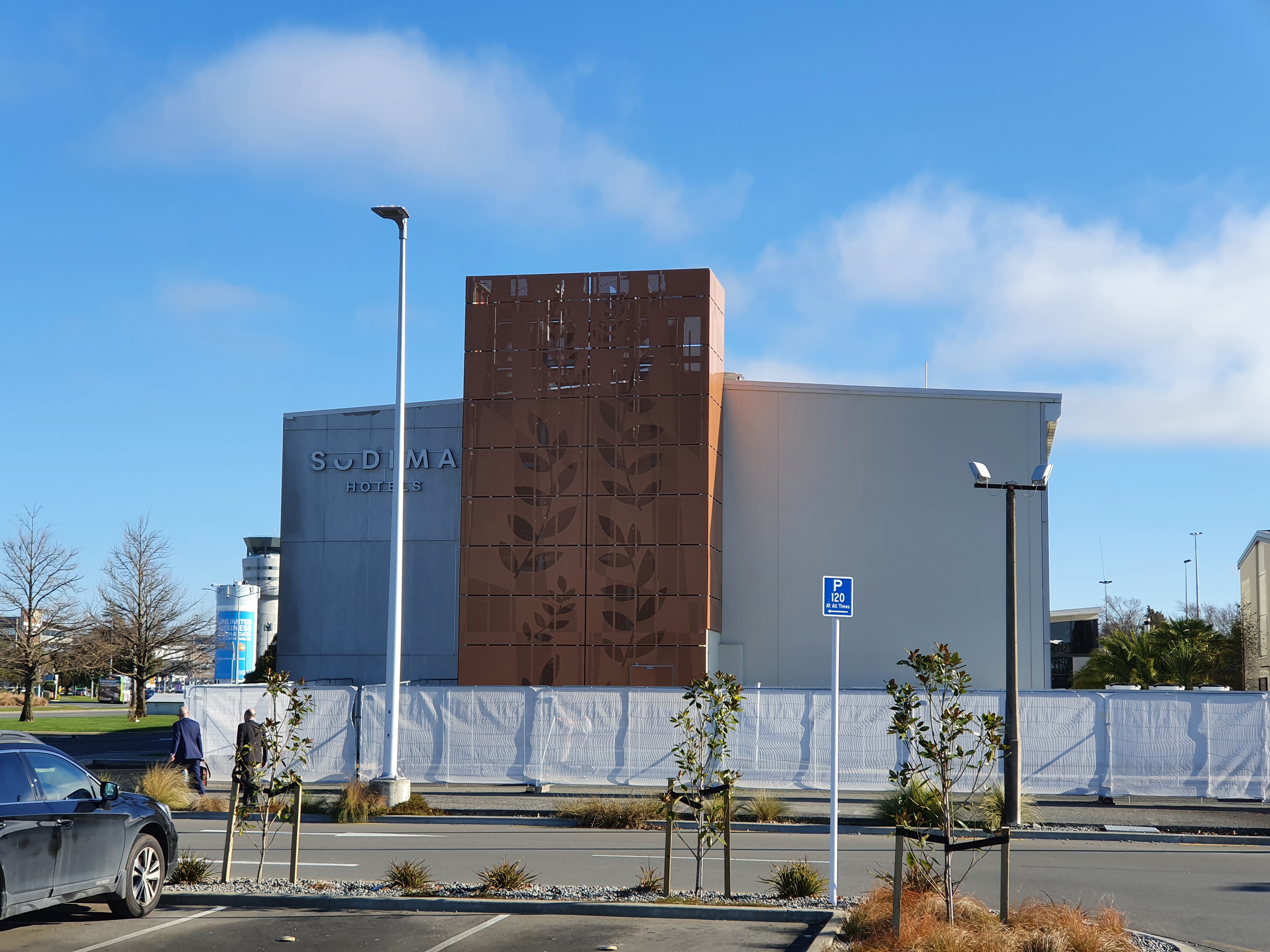 The Sudima Hotel, Christchurch Airport. PHOTO: ODT FILES
A person who has been looking after a cohort of Russian and Ukrainian fishermen at a quarantine facility in Christchurch has tested positive for Covid-19.

Covid-19 has re-emerged into the community for a third time in New Zealand - this time it is understood to be at the Sudima Hotel managed isolation facility.

Prime Minister Jacinda Ardern said there was a testing regime that detected cases in workers at managed isolation facilities.

"Our system is utterly built for managing a situation where people who may be attached to our MIQ [managed isolation and quarantine] systems themselves find themselves positive with Covid," she said.

"Our whole system is built for that, that's why we have an ongoing testing regime. It's why, particularly our people who work in our MIQ keep very, very good records of where they've been and who they've been in contact with.

New Zealanders should feel "assured" about the testing regime, though she also said it was being improved and worked upon "constantly".

The new case is a staff member working in the Christchurch managed isolation facility, understood to be the Sudima Hotel, where a group of international mariners have been staying.

The positive worker had developed symptoms for Covid-19 on Saturday and sought a further test on Sunday.

Countdown's general manager corporate affairs, safety and sustainability, Kiri Hannifin, confirmed the person visited the store, but the time of the visit was not known.

The latest case in Christchurch ended 10 straight days of no community cases of the virus in New Zealand.

A total of 31 positive Covid cases are now linked to the group of mariners. They are among 440 fishers from Russia and the Ukraine, 270 of whom are due to go out on three Independent Fisheries boats next month.

The new case was tested as part of routine testing for staff at the Sudima at Christchurch Airport. They returned a negative test last Thursday, October 29.

On Saturday, however, they developed symptoms and sought a further test yesterday, returning a positive result which was received on Monday.

"The person is now in isolation at home and reports taking care to isolate themselves as soon as they developed symptoms," the Ministry of Health says.

The first of the international mariners were due to have completed their managed isolation this morning but will have it extended for at least 24 hours as an additional precautionary measure.

The ministry said full details of the case, and the actions taken in response would be provided in a 1pm press conference today.

Precautionary measures for the international mariners include additional tests - up to four for some individuals and an already lengthened stay in managed isolation.

This is the third time Covid-19 has re-emerged in the community,

New Zealand went 102 days without a case until August when an Auckland cluster forced the city into a two-week level-3 lockdown.

Then in October, after 22 days without a new case in the community, a marine engineer tested positive after carrying out work on a ship in Auckland, the Sofrana Surville.

Four cases of Covid-19 were reported in managed isolation on Monday afternoon. One of those an international mariner staying at the Sudima in Christchurch, detected at day 15 testing as a close contact of a day 6 case.

The other three people were a person at an Auckland quarantine facility, who arrived on October 19 from Milan via Singapore and tested positive to routine testing at around day 12.

Another person arrived from London via Singapore on October 28 and tested positive to routine testing at around day 3. They are now in the Auckland quarantine facility.

And the forth case was detected in managed isolation in Auckland, after being given permission to join a family member recently arrived from overseas. The family member has previously been recorded in our positive case totals. Today's case will be recorded as an import-related case.

He expected the number of positive cases within the fishermen group to increase.

"I think it's logical to expect that. We knew in the planning that places like Russia are high risk."

Webb said the processes in place around testing at the boarder were robust.

"We have an exclusive use facility for these fishermen. Part of the process early on is that we do know they are coming from a high risk area so let's provide them a single location."

He said there was a 24-hour delay as the aircraft worked through its process in Moscow and the fishermen were assembled there for 48 hours and then en route for 18 hours.

That period of time provided an opportunity for the virus to spread.

In August, a Rydges Hotel maintenance worker in Auckland contracted Covid-19 from a guest in the managed isolation facility.

His strain matched that of a guest who flew in from the United States before testing positive for Covid-19 and then being transferred a quarantine facility.