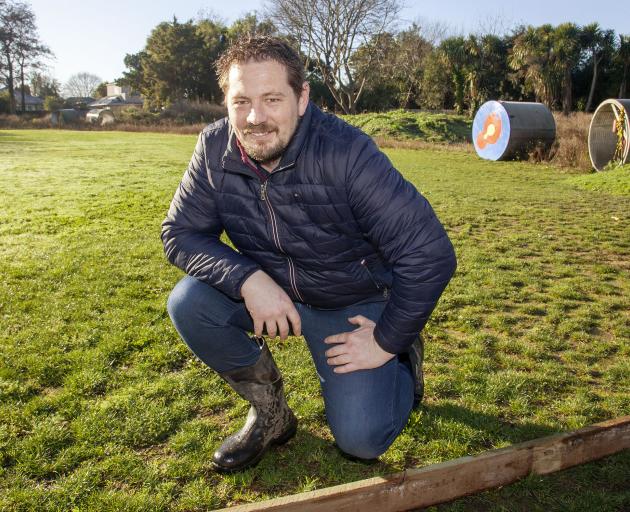 The project was able to secure enough funding through donations and fundraisers, raising more than $100,000 over nearly two years.

The track will be built on-site at St Francis of Assisi Catholic School but will be available for the community to use, and for now, the asphalt track can begin construction.

School board of trustees member Julian Meates was heavily involved in the project and said “exciting” was one way to describe the milestone.

“It was challenging and it had taken a while. We were knocked back a few times but we got there,” he said.

The community project had struggled to gain traction due to a lack of funding, and the process to receive grants was slowed down by a number of hurdles.

They were not able to use grants offered until the organisations knew the project had enough money to prove its viability in the long run.

Earlier in the year, they raised close to $30,000 at its school fair, which was “well above the expectations.”

The remainder was sourced through donations and grants from the New Zealand Transport Authority, Bikes in Schools charity and the Rata Foundation.

In order to use the funding from Bikes in Schools, they needed to have an asphalt track, provide helmets and somewhere to store the bikes.

The project was important to the community because there was nothing like it in the area, and it got kids “off their devices”, he said.

He noted the success of the temporary Shirley Pump Track that was recently installed, which demonstrated the need for this asset in Mairehau.

“Every time I drive past, there’s always a kid on it. If communities have something like this then it will get used, and it’s a safe place to go.

“Kids are more likely to want to bike [to school].”